Rwanda: How a Five-Metre Python Was Rescued in Kigali, Released Into Akagera Park 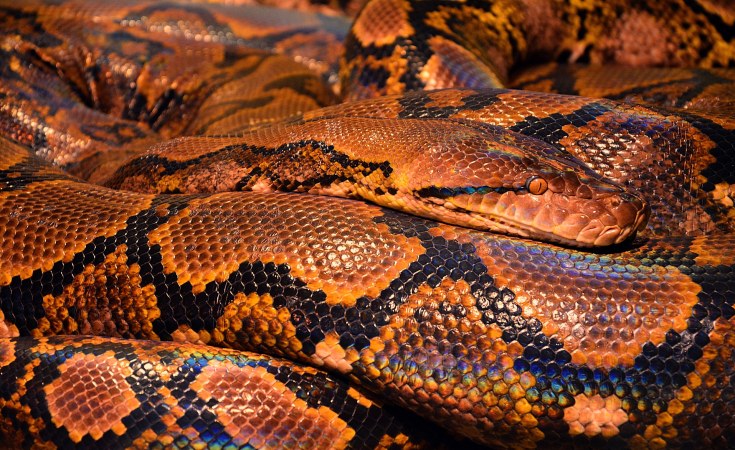 Last month Hendrik Hinkel and his colleague received a call from a resident of Kicukiro District who had seen the giant rock python in the neighborhood.

Following the call, they moved forward to rescue the serpent from where it was found.

In an interview with The New Times, Henrdrik explained more about the rescued operation and generally the lifestyle of snakes.

"The snake was collected last month and it measured between 4.5 and 5 metres. It was a Central African Rock Python which is the biggest species of snake in Africa. It can grow bigger than 6 metres and at that size it could swallow an adult antelope," says Hinkel.

"Many people couldn't believe that there was a python of five meters in Kigali," Hendrik says. "This really shows that we have so much to learn from these animals since we live near them."

He continued explaining how these snakes are harmless to people.

"They are not venomous, they kill their prey by constriction, which is when a snake wraps around the animal to stop it from breathing. That means that if it bites you nothing will happen. In Rwandan culture we say that the python is the reincarnation of a king," he said.

The rock python was later transported eastwards and released into Akagera National Park with the help of Rwanda Development Board (RDB).

Since the age of 4, Hendrik says he has been collecting snakes and taking them to safe spaces.

Hendrik and his colleague Bryon Mutijima have built public trust in different parts of Rwanda.

This has continued to encourage people to inform them wherever they come into contact with snakes.

Hendrik traces his passion and inspiration of conserving these reptiles from his father, a biologist who studied reptiles and amphibians.

"I grew up in an environment that facilitated me to catch snakes and frogs," Hinkel said, recalling that he first caught a snake in his garden when he was just four years old.

"I understand these animals. Many of them aren't harmful to humans and I know how to deal with the dangerous ones," Hendrik said.

More than 80 per cent of the snakes we have here in Rwanda are not dangerous, he discloses.

"The important thing is to understand how these animals live."

To him, the few dangerous ones don't attack, they only bite in self-defence. For example, he cites the highly venomous spitting cobra.

"It spits to send a warning, it does not easily bite." he says.

In order to protect themselves from venomous snakes like the cobra, they carry glasses and gloves. They also carry milk and other antivenin supplies when they are going to correct snakes.

Speaking to The New Times, Eugene Mutangana, a Conservation Management Expert at RDB also advises citizens not to harm such species, but to contact RDB such that they are evacuated.

"We encourage people immediately to inform RDB once they see such animals like snakes, and if they fail to get to us they can reach the local government or police. Communication is much needed to make sure that every creature is safe," said Mutangana.

Solomon Mukama an ophidiophile (snake lover) believes that every creature should live because the world is a home to everything that exists on it.

"We just need to sensitize our people as far as this reptile is concerned, train snake handlers and set up a vibrant snake institute like one in Kenya and South Africa because Rwanda has become a tourist destination and first aid services to snakebite victims are going to be of paramount importance" he said.

Theogene Sibomana also has an interest in saving snakes all over the country; he gives few tips on how someone can handle a snake without killing it.

"The more we know about snakes the less we fear them. We have to know that snakes don't feed on people they strike for defence. Here in Rwanda, we don't have many snakes and casualties are few. So it is pathetic to see a gentle, non-aggressive snake killed by people with a hundred stones on its head" said Sibomana.

"Snakes are wild animals like others. They have to be taken to the natural habitat where they keep completing the biodiversity. I like snakes. I have saved many of them and I don't fear them. And I am thankful to people who raise their voices to save those beautiful creatures" he said.