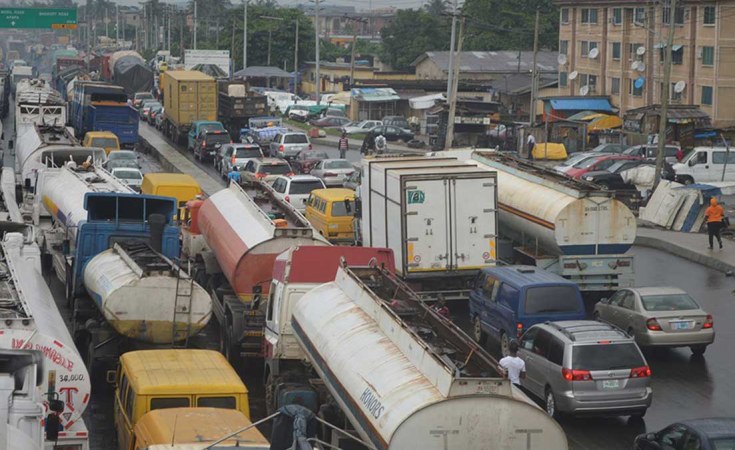 It was learnt that the traffic gridlock was heightened by the ongoing construction activities on the expressway.

The traffic snarl as gathered, was heavier at Lotto, Aseese, Ibafo and their environs as a number of man hours were lost on the road.

Despite the joint efforts by officials of the Federal Road Safety Corps, FRSC, the Nigeria Police, the Ogun State Traffic Compliance and Enforcement Corps (TRACE), and sister agencies, the traffic gridlock was said to have stretched to neighbouring towns at press time.

Also, the traffic snarl on Lagos/Ibadan Expressway had its resultant effects on Sagamu/Ikorodu Road as there was influx of vehicles into the axis.

Following the gridlock, TRACE has issued a travel advisory urging road users to use alternative routes.

TRACE Spokesperson, Babatunde Akinbiyi, urged those in a hurry to use alternative routes like Lagos/Abeokuta Expressway and other routes. He said, "Inbound Lagos is experiencing serious traffic presently due to the high influx into Lagos (most of which are returning from Salah break) and construction activities at lotto, therefore motorists are advised to be patient as the traffic is moving slowly.

"Anybody in a hurry can make use of other alternative routes such as Lagos/Abeokuta Expressway, Ijebu-Ode /Epe Road and Sagamu/Ogijo/Ikorodu Road.