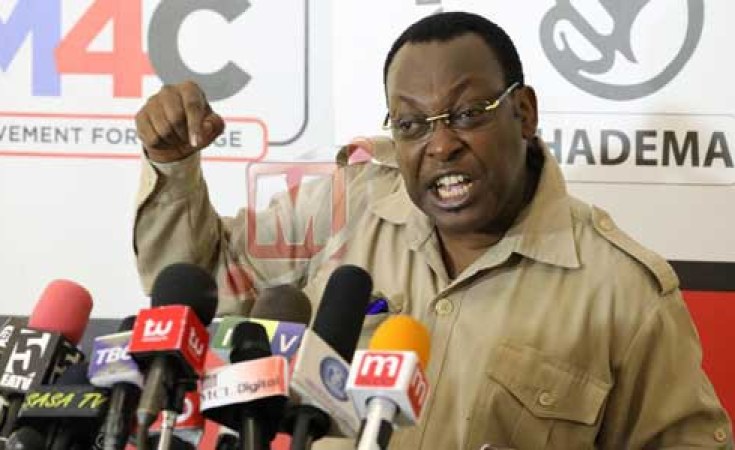 Mr Mbowe and several other party leaders were arrested on July 21, this year in Mwanza while preparing for a conference to demand constitutional reforms amid tussles with the police who branded the gathering "illegal.

However, Mr Mbowe was transferred to Dar es Salaam, where his house was searched during the night while a police statement said the opposition politician was arrested because of his links with terrorism and a conspiracy to assassinate government leaders.

The statement, signed by the police spokesperson, Mr David Misime, said the law enforcers had been compelled to issue a statement on why they were holding Mr Mbowe after realising that his party was releasing misleading statements regarding the reasons behind the arrest of the party's national chairman.

Chadema had said that Mr Mbowe was being held for interrogations for organising a forum in Mwanza that was meant to deliberate on demands for a new constitution. Police had, however, aborted the forum that was to be held at a hotel in Mwanza.