Ethiopia: News Analysis - Amhara State Mobilizes Civilians Who Have Arms Against Tigrayan Forces As of Today 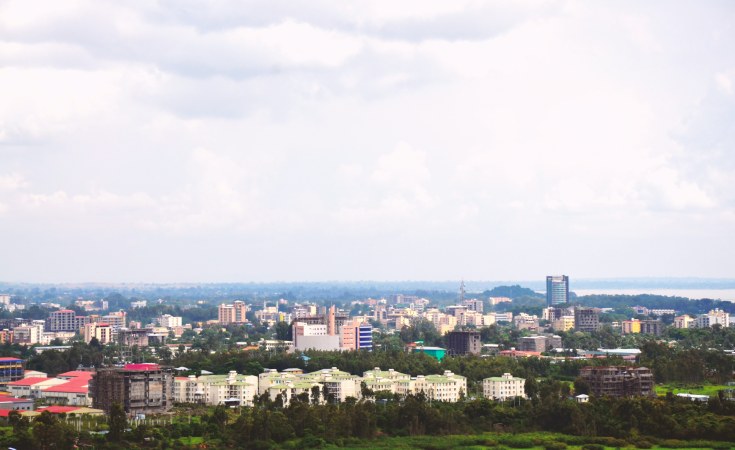 Addis Ababa — Agegnehu Teshager, the president of Amhara Regional State, called on all eligible youth in the region to respond to the "Campaign for Survival" beginning from today. This new call to arms was preceded by an earlier similar call where the regional president called on the nations, nationalities and peoples of Ethiopia to mobilize to defend the region against Tigrayan Forces.

On Sunday, July 25/2021, the President stated, "Anyone who reside in our region that has government ammunition, be it militia or non-militia, any privately armed individuals, anyone whose age and physique is fit for war, are called to report to the nearest Woreda centers to stand against TPLF."

In his current affairs briefing, Agegnehu thanked the Amhara people, the nations and nationalities of Ethiopia, and business owners who, according to his statement, stood against TPLF following his previous calls for arms.

Agegnehu addressed the current situation of the war stating, The Amhara militias, the Special Force and the Defense Force are fighting against TPLF. The enemy is at full scale attack at Raya front while there are attempts of attack at Telemit, Wag, and Wolkayit."

Agegnehu remarked, "Though the enemy faced huge bankruptcy at Raya and Telemit, it is still using the 'human wave' by engaging child soldiers and very old people."

"We were right when we declared that TPLF is working to dismantle Ethiopia, its attempt to make the Amhara and Afar people kneel down, is an indication. Until this enemy is gone for good, we won't rest." he said, adding, "It is crucial to continue with the struggle."

President Agegnehu reiterated, "Because TPLF is an existential threat to Amhara people and though we are equally responsible with the rest of Ethiopian people, the people of Amhara are way more responsible in handling this war."

He recapped his statement saying, "This call for arms emanates from saving the people of Amhara and Ethiopia." He added, "This treacherous group's objective is dismantling Ethiopia and destabilizing the Amhara people in an elongated war for which we have to line up with the Defense Force, the Special Force and the militia."

Agegnehu remarked that, what he called now 'the enemy' faced huge war humiliation in every battlefront and would not want to go back to Tigray. He added, "Because this enemy does not have an answer for the Tigray mothers about the dead child soldiers, it wants the continuation of the war. We have to abort its evil plan."

He underscored his statement saying, "Until we wipe out this anti-Amhara and anti-Ethiopia treacherous group from the face of earth, every person has to respond to the declaration of call for arms. We have to be unified to ambush our enemy."

Agegnehu underlined the caution that needs to be taken in terms of filtering information. He stated, "It's a legitimate right that people need to get information and we will evaluate and improve if anything we missed to address but all the details of the war is not meant to be disclosed."

He appreciated social media users who, according to him, were creating awareness about the situation and warned those, who knowingly or unknowingly disseminate disformation, to refrain from their acts that would help 'the enemy.' He added, Regional and Federal media and the Defense Force will disclose vital information."

Agegnehu stated, "We have seen some TPLF insurgencies movements which we have to handle carefully. Tigray people are our brothers. We haven't designated all Tigay people as enemies. In fact, the Tigray people were deceived by TPLF's propaganda and led them to attack our defense force, the Amhara militia and the special force. We still, however, believe this act does not represent the whole Tigray people."

He advised the Tigray mothers saying, "This time shall pass and you should desist from sending your children to war." He added, "The Tigray people should say no to TPLF and avoid historical mistakes. We allow peaceful Tigrayan origins to live in our region but will take legal measures against those who collaborate and work with the enemy."

The video segment was soon edited out of the official correspondence, but the remark has already ignited a backlash on social media prompting the Ethiopia Current Issues Fact Check account to issue a statement clarifying the remark and blaming backlash as 'misinterpretation' of the actual remarks by TPLF propagandists.

The regional president underlined, "The Amhara land will be thorn for the terrorist Junta. We will fight off this enemy from Amhara land in every direction for which every person should respect the call for arms. This time is a crucial moment for the Amhara people to make history."

Amhara Media Corporation (AMC), in addition, reported the stance of religious leaders following Amhara regional government call for arms. According to the report, during a rally held on Sunday, July 25, 2021, religious leaders expressed how happy the people of Wolkayit Tegede and Setit Humera became after they got their freedom following the struggle.

The report indicated, "The religious leaders called the people to avert the existential threat that TPLF waged against the Amhara and Ethiopia. Unless the people respond to the regional government's call for arms, the consequence will be grave."

The Federal government declared a unilateral ceasefire on June 28, 2021 and withdrew the national defense forces from Tigray indicating the need to let the Tigray people benefit from using farming season to reflect. The Tigray People's Liberation Front (TPLF), which has been designated as a "Terrorist Group" by the House of People's Representatives (HoPR), on the other hand TPLF proposed seven preconditions to come to ceasefire negotiations following which conflicts erupted between the Amhara regional state and the TPLF. AS

Amid Lack of Transparency, Families of Strained Students in Tigray Demand Swift Actions