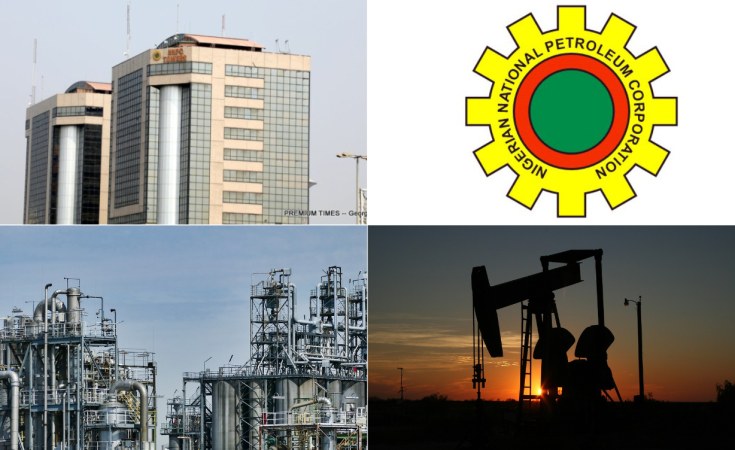 A former trader pleaded guilty over his role in a scheme to bribe.

Details have emerged of how a former United Kingdom-based trader for Glencore Plc, Anthony Stimler, bribed officials in Nigeria in exchange for favourable contracts from the Nigerian National Petroleum Corporation, NNPC.

Court documents obtained exclusively by PREMIUM TIMES show that Mr Stimler, acting through subsidiaries of Glencore, conspired with others to make millions of U.S. dollars in corrupt bribe payments to officials in Nigeria.

The former trader pleaded guilty over what prosecutors in the United States described as his role in a scheme to bribe.

A Bloomberg report said that Mr Stimler admitted to conspiring to violate the Foreign Corrupt Practices Act and commit money laundering at a hearing in Manhattan federal court conducted by video.

Prosecutors said millions of dollars in bribes were paid to officials in Nigeria, in exchange for NNPC awarding oil contracts and providing "more lucrative grades of oil on more favorable delivery terms."

Prosecutors alleged that in Nigeria, in exchange for the bribes, officials caused the Nigerian state-owned and state-controlled oil company (NNPC) to award oil contracts and to provide more lucrative grades of oil on more favorable delivery terms to Glencore, two wholly-owned subsidiaries of the company, and their business partners.

Aside conspiring with others to make millions of U.S. dollars in corrupt bribe payments to officials in Nigeria and elsewhere, prosecutors added that Mr Stimler conspired to obtain and retain business for and to direct business to Glencore and its subsidiaries.

Details showed that in furtherance of, and to promote the corrupt bribery scheme, Mr Stimler and others conspired to transmit the bribe payments from Switzerland to and through the United States, and from the United States to other countries, particularly Nigeria.

Prosecutors alleged that the manner and means by which Mr Stimler and his co-conspirators sought to accomplish the purpose of the conspiracy included, among others, using and paying inflated and fraudulent invoices submitted to the company and its subsidiaries by intermediaries to disguise the nature and purpose of bribe payments made to government officials, which payments were made in order to obtain and retain business and to obtain business advantages for Glencore and its subsidiaries.

Although the court papers did not name the co-conspirators, and none of them was charged, it referred to seven of such individuals and companies from several countries in the bribery scheme, which prosecutors said ran from 2007 to 2018.

The second "Intermediary Company" was a Cyprus-incorporated entity used by the subsidiaries to pay bribes to Nigerian officials in order to obtain Nigeria oil cargoes from NNPC. This other intermediary company is said to have an affiliated company incorporated in the British Virgin Islands which used the same name as the Cypriot company.

The first alleged individual co-conspirator referenced in the court papers was a Nigerian and U.K. citizen and a resident of Nigeria and the United Kingdom. He is said to be the owner and principal employee of the first intermediary company.

The court documents showed that from at least in or around 2007 up to and including in or around 2018, in the Southern District of New York and elsewhere, Mr Stimler and others willfully and knowingly did combine, conspire, confederate, and agree together and with each other to commit offenses against the United States, in violation of the Foreign Corrupt Practices Act ("FCPA").

The officials were said to have willfully and corruptly made use of the mails and a means and instrumentality of interstate commerce to act in furtherance of an offer, payment, promise to pay, and authorization of the payment of money.

They were also alleged to have offered, gifted, promised to give, and authorized the giving of a thing of value to a foreign official, and to a person, while knowing that all and a portion of such money and thing of value would be and had been offered, given, and promised, directly and indirectly, to a foreign official, for purposes of influencing, inducing and seeking improper advantage.

In effect, Mr Stimler and the co-conspirators were alleged to have used coded language, including references to "newspapers" in discussing bribe payments to foreign officials in Nigeria and elsewhere. There was also an email exchange between Mr Stimler and other conspirators, discussing the need for a "filing," a coded reference to a bribe payment to Nigerian officials.

In or around December 2013, Mr Stimler was said to have agreed with three other co-conspirators to more than triple the fees paid to an intermediary company for certain transactions for the purpose of paying bribes to an NNPC official in order to obtain favorable dates and grades of oil.

In or around March 2014, the defendant equally requested and received approval for a subsidiary of Glencore to make a $500,000 payment to the first intermediary company, intending for one of the co-conspirators to pass on a portion of the payment to an official in Nigeria to assist Glencore and the subsidiaries in obtaining business advantages, including eligibility to purchase oil cargoes from the NNPC.

On or about September 25, 2014, one of the co-conspirators allegedly sent an email to Mr Stimler advising that the Nigerian official had stated that "all the customers of NNPC are giving in advance [$300,000] each month/cargo plus a certain amount which varies at the moment" in connection with a then-upcoming political election.

By October 3, 2014, in response to the information communicated, Mr Stimler caused a subsidiary to send a wire transfer of approximately $300,000 from the subsidiary's bank account in Switzerland, through a bank in the Southern District of New York, to the intermediary Company's bank account in Cyprus.

By October 5, 2014, Mr Stimler allegedly sent an email to two of the co-conspirators wherein he stated, in substance and in part, that the subsidiary company's management had approved the payment and wrote, "[S]o please please make sure on your side, NNPC perform[s] . . . ."

On or about April 20, 2015, while in the United States, Mr Stimler also received an email in which the sixth co-conspirator offered to pay a bribe to a Nigerian official of approximately $50,000 per oil cargo for four cargoes of NNPC oil to be delivered in May and June 2015. By April 20, 2015, while in the United States, the defendant replied to the email, expressing interest in one of the June 2015 NNPC oil cargoes. By May 5, 2015, he would receive an invoice from the second intermediary company for $50,000 as an "Advance Payment" against the June cargo discussed. On or about May 5, 2015, Mr Stimler thereafter caused the subsidiary company to pay the second intermediary company's invoice through a wire transfer of approximately $50,000 from a bank account in Switzerland, through a bank in the Southern District of New York, to the intermediary company's bank account in Cyprus.

In the second count, prosecutors accused the defendant of conspiracy to commit money laundering, among other offences.

They argued further that if any of the assets had either been sold, deposited with a third party, or diminished in value, it is the intent of the United States to seek forfeiture of any other property of the defendant up to the value of the forfeitable property described in the forfeiture allegation.

There hasn't been any reaction from the Nigerian government or the NNPC since the allegations became public Monday.

The spokesperson of Nigeria's state-owned oil company, NNPC, Kennie Obateru, did not return a phone call as of press time Wednesday morning.

However, in a statement issued on Monday, Glencore Plc, described Mr Stimler's plea as unacceptable, adding that "the conduct has no place in Glencore."

"Glencore has cooperated fully with the department of justice and other authorities in their investigations and continues to do so," it said. "Glencore has taken a number of remedial measures in light of what it has learned during the investigation. Glencore has significantly enhanced its ethics and compliance programme over the last few years with a view to developing a best in class programme."

The Justice Department has been investigating Glencore's business dealings in Nigeria, Venezuela and the Democratic Republic of Congo. U.K. and Swiss authorities have also been examining possible corruption involving Glencore, and various governments have investigated other large oil traders.