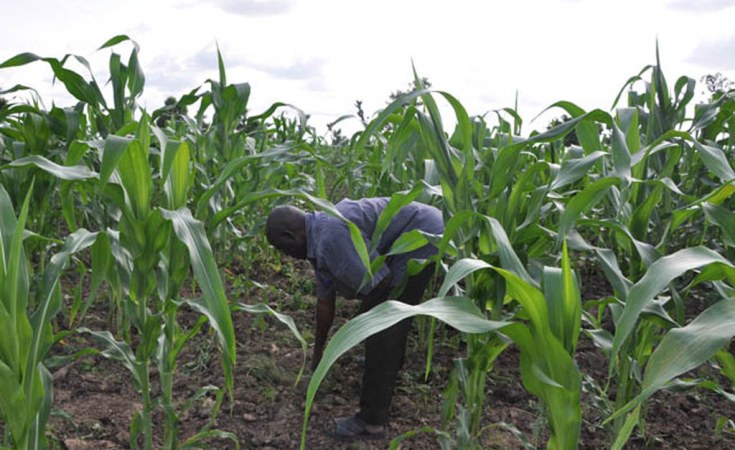 There is fresh hope for farmers and consumers affected by foods contaminated by pesticides used on fruits and vegetables.

The Pest Control Products Board has announced it will conduct a risk analysis of products sold in Kenya, following a directive from a parliamentary committee.

The committee had issued a report on a 2019 petition by the Biodiversity and Biosafety Association of Kenya, Kenya Organic Agriculture Network, Resources Oriented Initiative Kenya and Route to Food Initiative.

The petition was tabled in the National Assembly by Uasin Gishu Woman Representative Gladys Boss Shollei.

The groups wanted 485 pesticide products banned from shop shelves, citing what they said was irreparable harm they were doing to unsuspecting consumers.

Some of the products, they argued, had been banned in Europe, the United Kingdom and the United States but were still readily available in Kenya and on consumers' plates every day.

Of the 485 products, 24 are carcinogenic, 24 can cause damage to genetic changes, 35 can interfere with the hormonal system, 140 can affect the nervous system and 262 show effects on reproduction.

Now, hopes have been raised for farmers and consumers, with PCPB chief executive officer Esther Kimani saying a team had been formed to analyse the products and ascertain their impact on human health.

"We have a team of experts who are in the process of doing risk analysis on the provided pesticides," Dr Kimani said during a workshop on food safety.

"The public participation will help us to make recommendations on which ones we shall restrict and those that will be banned."

PCPB, she said, was building the first laboratory in Kenya to strengthen the monitoring of pesticide use.

"As a country, the challenge is that we lack adequate data. We need to put in place systems to support research. As the regulator, we have also initiated the process to review all the pesticides in the Kenyan market," she said.

The report tabled in Parliament last October by the Health Committee, led by Murang'a Woman Rep Sabina Chege raised concerns about pesticide use in Kenya.

The committee recommended that the PCPB ensure that products banned in other jurisdictions are not used in Kenya.

"That within 90 days of tabling this report, the Ministry of Agriculture, Livestock and Fisheries through the Pest Control Product Board to immediately establish the regulations on distribution and retailing of pesticides to ensure that only licensed and registered persons operate agro-vet's outlets," the committee said.

Some 317 pesticide products on the market are highly toxic to fish and 231 to bees, said Dr Silke Bollmohr, an ecotoxicologist consulted by the committee.

"There are 45 products on the Kenyan market which are undoubtedly classified as being able to cause cancer; 31 products can cause changes in human genes, which also leads to cancer; 51 products can interfere with the human hormone systems which can cause tumours or congenital diseases," Dr Bollmohr told the committee.

Some "175 products are toxic to the nervous system which can lead to memory loss, headaches, impaired vision, and are being linked to Alzheimer's disease; and 360 products with apparent effects on reproduction."

Dr Bollmohr said some of the properties of active ingredients that should cause great concern are those that have chlorothalonil, permethrin, carbendazim and dimethoate.

Dr Bollmohr told the committee that permethrin, withdrawn in Europe in 2003 and used to manage post-harvest losses in Kenya, is likely carcinogenic.

Chlorothalonil, widely used as a fungicide and present in 20 products in Kenya, has a negative impact on reproduction and its breakdown product might cause DNA damage, he said.

Carbendazim, registered for broad-spectrum control of rust, blight and other fungal diseases in vegetables and staple crops, was removed in Europe in 2011.

Dimethoate, registered for use in coffee, potatoes, cotton and carrots, is also considered carcinogenic and was withdrawn in the European market.

The committee directed the Agriculture ministry, PCPB and the Kenya Bureau of Standards to conduct the audit with a view to banning products that are carcinogenic, mutagenic, endocrine disruptors and neurotic.

The report tabled in Parliament indicates that the volumes of imported herbicides, insecticides and fungicides had doubled in the past four years from 6,400 tonnes in 2015 to 15,800 in 2018. In 2019, pesticide imports declined to 14,200 tonnes in the latest data from PCPB.

PCPB has now singled out limited understanding of pesticide labels among farmers, lack of proper information and knowledge on the use of pesticides as causing high levels of maximum residue limits (MRLs).

"Most of the products are used for minor crops. There is the niche but no pesticides registered for that use. We need to get alternatives and what we are doing is fast-tracking the registration of new products such as bio-pesticides or those for the emerging pests," Dr Kimani said.

She said that because of Kenya's tropical climate and a high number of pests and diseases, pesticides can help increase volumes and improve quality of produce when properly applied.

Pests and diseases are responsible for losses in agricultural produce of between 30 per cent and 40 per cent, says the Ministry of Agriculture, highlighting the need for pesticides.

"What we are encouraging is that professionals take advantage of business opportunities such as spray service providers in the market to assist farmers to manage pests and diseases," she said.

Because of the high residual levels, only a small amount of Kenyan produce is sold in international markets such as the European Union.

Prof Theophilus Mutui, Kephis managing director, disclosed in 2019 that the government had appointed the State agency to carry out continuous monitoring of the quality of food in the Kenyan market.

"We are engaging with a number of international markets such as South Korea. Recently, Kenya exported some quantities of mangos to Italy," he said.

In 2014, Kenya introduced a self-imposed ban on mangoes to the EU market over fruit flies but is optimistic it will resume exports later this year.

The agricultural sector accounts for 65 per cent of export earnings, and provides livelihoods (employment, income and food security needs) for more than 80 per cent of Kenya's population.

Through a Sh400 million European Union-funded programme in collaboration with the Kenyan government, Unido and other stakeholders are promoting food safety in 12 counties, aiming to improve market access for locally grown crops such as macadamia, groundnuts, passion fruit, mango, herbs and spices to increase exports.

Some of the active ingredients found in pesticides sold in Kenya include chlorothalonil, permethrin, carbendazim and dimethoate.

Permethrin: insecticide used by farmers to manage post-harvest losses. It was withdrawn in Europe in 2003. It is classified as likely carcinogenic (can cause cancer).

Carbendazim: it is registered for broad-spectrum control of rust, blight and other fungal diseases in vegetables and staple crops. It was removed in Europe in 2011.

Dimethoate: in Kenya, it is a registered insecticide for use in coffee, potatoes, cotton and carrots. It is considered carcinogenic and was withdrawn from the European market.

Chlorothalonil: a widely used fungicide in resistance management in a number of crops. In Kenya, it is registered in 20 products. In Europe it was withdrawn from a list of authorised pesticides. It has a proven negative impact on the reproduction system and breakdown products cause DNA damage.

Source: Report on public petition on withdrawal of chemical pesticides in Kenyan market