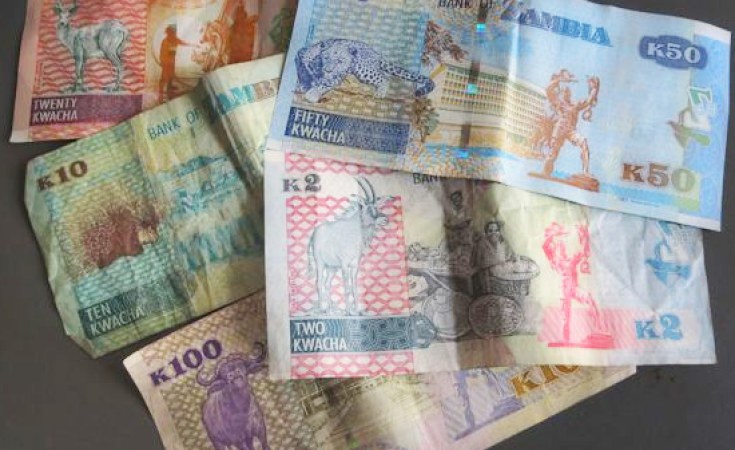 SINCE last week, I have been receiving a lot of correspondences from some followers of this column who wanted me to look at the current strengthening of the Kwacha against major convertible currencies like the United States (US) Dollar.

Mainly, these are coming from two political divides and I know what each group would like to 'hear' from me and, therefore, I am wary of the need to base my write-up on pure facts for a sound opinion.

Although there are no such things like wrong opinions, a sound opinion should be an inference from credible and tangible evidences.

For instance, it is a fact that for some time now the value of the Kwacha against the dollar has been hovering around K22 and it is similarly factual that it is now hovering below K20.

Last year, I stated that the dear Kwacha - Zambia's local currency for 46 years now - had continued swimming in troubled waters having touched uncharted and unfriendly neighbourhood.

That was the introduction to my article of April 8 last year, in which I stated that there was a myriad of factors for Kwacha's dismal performance against the dollar.

At that time Bank of Zambia (BoZ) foreign exchange highlights indicated that the dollar was selling around K19.

Five months down the line the dollar was costing K21 in December 2020.

Now, according to the Ministry of Finance and the BoZ, by Friday last week, the Kwacha had appreciated against the US dollar to K21.39 from K22.64 in three weeks.

Similarly, the BoZ states that at July 23, 2021, the year-to-date rate of depreciation of the Kwacha against the US dollar had slowed down significantly to about five per cent as compared to almost 30 per cent over the corresponding period in 2020.

According to the two, the appreciation of the Kwacha largely reflects changes in the actual supply of foreign exchange and expectations of further improvements in supply.

The expected further supply is associated with the forthcoming International Monetary Fund (IMF) Special Drawing Rights (SDR) allocation, which this forum has already looked at and explained what it entails.

Other contributing factors are the improved prospects of a formal Extended Credit Facility (ECF) programme with the IMF, which again has been tackled by this forum, as well as buoyant copper prices on the international market.

Indeed, the strong recovery in copper prices to the current level of US$9,521 per tonne from a low of US$4,745 in March 2020 has contributed to sustained strong export earnings for Africa's second largest copper producer.

This has resulted in improved foreign exchange flows from the mining sector through tax receipts remitted directly to the BoZ in US dollars as opposed to previous system of converting payments into Kwacha first.

So, the BoZ has been able to provide more foreign exchange liquidity back into the market to reduce excess demand experienced since mid-2020.

These inflows have contributed to the substantial reduction in unmet demand to below US$5.0 million currently from about US$418 million in May 2021.

Besides supporting the market, the bank has been able to build up international reserves, which stood at US$1.4 billion at the end of May 2021 compared to US$1.2 billion at end-March 2021.

According to the central bank, it has also continued with the local gold purchase programme, accumulating about US$22.0 million in monetary gold as at July 23, 2021.

The improvement in the reserve position increases the country's ability to respond to unexpected external events and the ability to address volatility in the exchange rate.

It views the full implementation of the Economic Recovery Programme (ERP), including the securing of an IMF programme as a central element in improving and stabilising the foreign exchange market.

To maintain the current momentum, Zambia requires ample and constant supply of the dollar or indeed reduced demand of the hard currency, by relying more on import-substitutes.

With ample supplies for export and other forex earners, the good performance of the Kwacha could be maintained and even improved on.

I have indicated before that due to globalised economic activities the performance of Zambia or indeed any other country in international trade has become crucial to determining the country's economic position.

This is more so in that countries like Zambia depend more on imports for certain vital products and on export for the much-needed foreign exchange.

Therefore, both the export side and the import side have become critical in determining the economic wellbeing of the country.

One country cannot preoccupy itself with one side at the expense of the other.

There is need, therefore, to meticulously balance between exports and imports, even now and the ideal situation would be to minimise the nominal value of imports while maximising the value of exports.

This could, among other splendid things, help to maintain the value of the Kwacha against the dollar.

This is because, while it can be said that it is possible to mechanically fix the level of the international foreign reserves, the foreign exchange rate is a matter for market forces - demand and supply.

As you may already know, unlike the foreign exchange rates for some countries which are fixed, Zambia's is a floating one meaning it can change either way, from one day to another.

Therefore, one of the tasks of the central bank in connection with the subject is to ensure that there is some level of stability in the value of the Kwacha vis-à-vis other currencies.

This stability is important in planning and budgeting especially when it involves international trade.

Therefore, the recent sudden rise in the value of the Kwacha could hurt the national economy, unless it quickly reaches an optimal equilibrium, stronger than current level, where it should settle.

For now, the main challenge of both the BoZ and the Ministry of Finance is to help the Kwacha do just that!