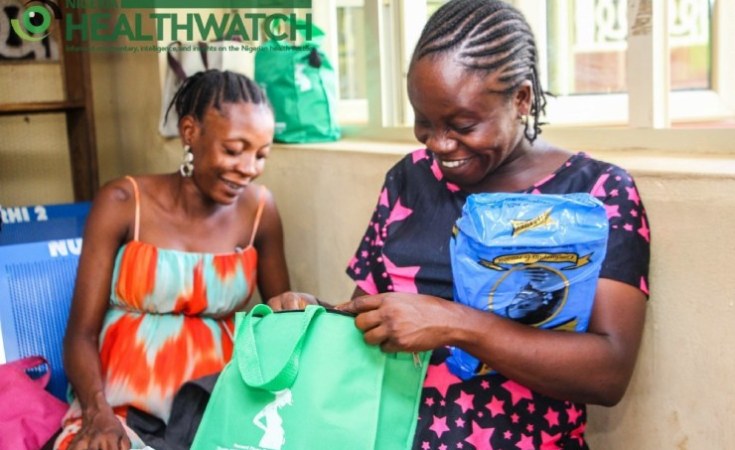 Emeka was only 5 years old when the abuse began. "Both my parents worked and when I wasn't in school, because they couldn't leave me home alone, they would take me to a neighbour's house and leave me in the care of their housekeeper. That was when it started. When we were alone, the housekeeper, who was big, would force me to make out with her. She would hit me each time I refused and although I struggled and cried, that did not stop her. As a result of the abuse, I developed pain in my pelvic area. It hurt so much that I'd cry during my bath time, but my mum didn't pay much attention to it. She believed the pain may have resulted from an injury during play time. I couldn't express myself, so, I couldn't describe what was being done to me. God helped me and the next year we moved out of that area, but that experience has scarred me for life. You see kids, even if it's a 2-year-old kid, when you hurt their soul, that memory stays there, they may not know how to express it, but they have the picture registered there."

Child sexual abuse is a global health problem that permeates all sections of society. Children are often exposed to sexual abuse at home, school, or in their community. While girls are mostly reported to be victims of child sexual abuse, boys were believed to be immune because cases of sexual abuse among boys are underreported. However, research conducted by the Centers for Disease Control (CDC) estimates that approximately 1 in 13 boys and 1 in 4 girls experience sexual abuse in childhood. The report also showed that about 1 in 8 girls and 1 in 4 boys are raped before the age of 10.

Child molestation or sexual abuse is still a taboo subject in Nigeria and families are often reluctant to discuss it or seek help. However, in recent times, the media has reported an increased frequency of child rape cases in various parts of the country. Many laws and policies have been put into place for the purpose of protecting children from abuse. The Nigeria Child Rights Act of 2003 defines a child as anyone under the age of 18 and provides that children must be protected from unlawful sexual intercourse, among others. Despite the various provisions in the Act, it has still not been domesticated in all 36 states in Nigeria. Kano State is the latest state to approve the bill to protect children.

In 2015, UNICEF reported that in Nigeria, one in four girls and one in ten boys have experienced sexual violence. Further findings from a study conducted in the Southwestern part of Nigeria showed that 25.7 percent of children between ages 10-19 were abused sexually. Out of this proportion, only 34.4 percent ever disclosed the abuse.

Most times, victims of sexual abuse do not discuss it with other people, including their parents. They are often compelled by their abusers to believe that it is normal and sometimes are threatened if they tell anyone. Out of fear of being hurt further, the children conceal it. Other reasons why they do not speak up are cultural inhibitions, the fear of being blamed or feelings of shame that the abuse was their fault.

Some of the physical and behavioural pointers of child sexual abuse are highlighted by the World Health Organisation (WHO) to include genital injury, urinary tract infection, depression and regression in behaviour, school performance, or attaining developmental milestones, among others. According to Emeka, "I was so scared that I did not want any woman to touch me, even my mom, because every part of my system was angry, and I hated everything about a female".

Impact of COVID-19 on sexual violence against children

Prior to the COVID-19 pandemic, many children experienced violence at the hands of individuals with whom they interact daily. Evidence has shown that the disruptions and containment measures associated with the COVID-19 pandemic may have increased the frequency and intensity of this violence against children. Children's physical interactions with many of the positive and supportive relationships they rely on especially when in distress, have also been interrupted making them vulnerable to sexual abuse in the home.

Sexual abuse against children can have long-lasting effects, including trauma, anxiety problems, and post-traumatic stress. The following measures can be taken to support children and families to deal with child sexual abuse;

(a) Parental guidance and sexuality education: Every parent or guardian must build a relationship with their child, irrespective of gender and understand that effective sexuality education must start early in childhood because it enables the child to recognise the danger signs and how to respond to them. The perpetrators often rely on secrecy to carry out their activities. Victims should be encouraged to speak up knowing that they will be met with love and support and not stigma. It is important for individuals to feel safe to talk about their experiences.

(b) Seeking professional counselling: Emeka sought solace in an activity that enabled him to escape his feelings. Salsa was a sparkling light in deep darkness. He loved to dance and that made him happy. In one of Emeka's salsa classes, he met a lady who introduced him to a counsellor. Getting counselling helped him deal with his feelings, including the suicidal thoughts he sometimes had, and fuelled his passion to become a professional salsa dancer. More trained counsellors and therapists are needed in Nigeria to support children who are survivors of sexual violence and well as parental support, as the impact is often felt on entire families.

© Hasten child sexual abuse litigation: The Child Rights Act states that sex with a minor is rape, and anyone who has sexual intercourse with a child is liable to imprisonment for life upon conviction. Effort must be made by the judiciary to ensure that perpetrators of child abuse are dealt with appropriately. This will build the confidence of the public in the country's judicial system. In addition, the Child Rights Act needs to be domesticated across all states in Nigeria as a matter of urgency.

(e) Provide safe spaces: If a child has been sexually abused, the parents, guardian or the child should be able to access a safe space close to them where the crime can be reported and handled properly. In 2018, Lagos state set up a Domestic and Sexual Violence Response Team (DSVRT) committed to ensuring total eradication of sexual and gender-based violence in the state. Invictus Africa in collaboration with several other organisations has created a directory, The Orange Pages. The directory lists Sexual and Gender-Based Violence (SGBV) Responders and Service Providers in Nigeria.

In 2016, President Muhammadu Buhari launched the Campaign to End Violence Against Children by 2030 in line with Sustainable Development Goal 16.2, and states like Cross River, Plateau, Lagos and others followed suit and launched their own priority actions to end violence against children. A review of the impact of the priority actions, five years down the line would provide valuable insights.

Now 33 years old, Emeka says counselling and salsa saved his life. He is still dealing with some of the psychological effects of the abuse, but he is focused on doing his best to live a normal life. As part of his healing process, he is learning to be open about his experiences and he hopes to be able to encourage men and boys who are dealing with the effects of sexual abuse to speak up about their experiences and find healing in the process.

Violence against children can be prevented. The 2030 Agenda for Sustainable Development presents us with an opportunity to place the protection of children at the heart of policy actions at Federal and State level and to build a world where all children everywhere enjoy freedom from fear and from violence in all its forms.