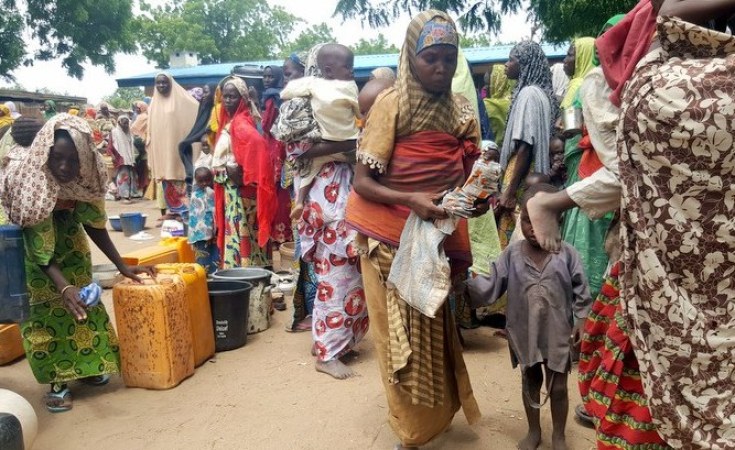 A UN official said an estimated 13 million people in northern Nigeria face the risk of acute food insecurity in the next few months.

The UN-FAO projected that an estimated 13 million people in the area face the risk of acute food insecurity in the next few months.

Rhoda Dia, Project Manager, UNDP - GEF, in charge of Resilient Food Security Project, gave out this information on Wednesday while speaking with the News Agency of Nigeria (NAN) in Abuja.

Ms Dia who spoke on phone with NAN said the warning had become imperative because the country was facing growing levels of acute food insecurity due to decades of insecurity across the country.

She said the insecurity had resulted in increasing poverty and economic crises.

According to Ms Dia, the situation has been worsened by the COVID-19 pandemic and recently, the series of clashes between farmers and herders.

She stated that, women, girls and the elderly were the most vulnerable groups to climate change, adding that it was because they were highly exposed to climate risks.

Ms Dia said the adaptive capacity of these groups was low, which according to her was constrained by the poor quality of access to, and control of resources.

She added that they were more likely to live in poverty, as they were traditionally excluded from the decision-making process at local, national, and international levels.

"Food production requires the use of valuable resources such as land, ecosystems, water, energy among others and its wastage results in high water and carbon footprint losses," Ms Dia said.

She said that the global estimate of agricultural waste produced yearly was approximately 1,000 million tonnes with the current market size for waste to energy of 30 billion dollars at a rate of 4.4 per cent.

"The country is also generating 4.34 million tonnes of rice straw and 0.9 million of rice husk, and has an estimated 19.5 million cows which also generate waste.

"With the increasing Nigeria population, it is projected that the quantity of agriculture waste generated in the country will triple in coming decades," she said.

Ms Dia said that with respect to agricultural waste, there existed the potential of resourcefully reusing the materials to reduce environmental harm and boost soil fertility and farm productivity.

She said that the time was ripe for northern regions to tap into the potential present in converting agricultural wastes to energy as well as other economically viable re-purposed products.

Ms Dia said it was against this backdrop that Sonvisage Nig. Ltd. in collaboration with the UNDP- GEF- IAP Project was training extension agents from project communities.

She said the training was on Waste-to-Wealth that is, rice and groundnut waste re-purpose for self-reliance training.

The News Agency of Nigeria (NAN) reports that the UNDP-GEF is currently training extension workers in Kano on how to turn waste to energy (briquettes making) and waste to animals feed (livestock and poultry). (NAN)