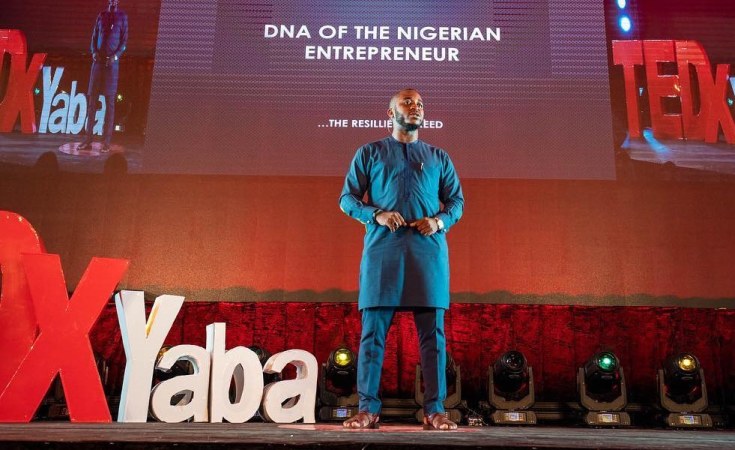 The court dismissed the appeal after granting Mr Okeke's motion to withdraw it.

Wire fraud convict, Obinwanne Okeke, widely known as Invictus Obi, has lost the appeal he filed against his years' imprisonment.

The U.S. Court of Appeals dismissed the appeal after it was voluntarily withdrawn by the convict.

The 33-year-old Nigerian, who was arrested in the U.S. on August 6, 2019, had pleaded guilty to the offence of conspiracy to commit wire fraud last year June.

Mr Okeke, formerly celebrated internationally as a successful young African entrepreneur, was sentenced to 120 months' imprisonment by a court in the Eastern District of Virginia on February 16.

PREMIUM TIMES reported how the judge, Rebecca Smith, also ordered him to restitute about $10.7million proceeds of his fraud to the U.S. government.

The minutes of the sentencing proceedings seen by PREMIUM TIMES indicated that Mr Okeke was notified of his right of appeal, but waived it in his plea agreement with U.S. authorities.

Despite that the convict filed his notice of appeal against the sentence on Tuesday.

But Mr Okeke, in a "motion to withdraw appeal" he filed on July 16, said he took the decision to terminate the appeal after consulting with his lawyer "both by phone and email.

He stated in the motion personally signed by him that doing so "is in his best interest".

The government did not oppose the motion.

The Court of Appeals dismissed the appeal on the same date the motion for its withdrawal was filed by the appellant.

"Upon consideration of the motion to voluntarily dismiss this case pursuant to Rule 42(b) of the Federal Rules of Appellate Procedure, and there appearing no opposition, the court grants the motion," a copy of the court order seen by PREMIUM TIMES read.

Mr Okeke will continue serving his sentence at the Western Tidewater Regional Jail, Suffolk, in Virginia.

He had spent 19 months in detention from the time of his arrest in August 2019 till February 16when he was sentenced.

What he appealed against

PREMIUM TIMES had reported that Mr Okeke noted that he "entered a guilty plea to Count One and was sentenced to one hundred and twenty months (10 years) as to Count One of the indictment by Judge Rebecca Beach Smith".

"I, the above-named appellant, hereby appeal to the United States Court of Appeals for the Fourth Circuit from the above-stated sentence," he added.

The grounds of appeal are not disclosed in the notice, but he is likely going to be arguing that the sentence imposed along with restitution and forfeiture orders issued against him was excessive.

PREMIUM TIMES recalls that the convict, his relatives, and other associates, had in a pre-sentencing filing, pleaded with the judge for leniency.

He also kicked against making restitution, with his lawyer, John Iweanoge, arguing that Unatrac, one of the fraud victims, had already recovered approximately $2.5 million.

But despite his initial opposition to a restitution, he and his lawyer signed in agreement to the restitution order issued by the judge on the day of his sentencing.

The judge and the Acting U.S. Attorney, Raj Parekh, who prosecuted him, also signed the restitution order.

Mr Okeke was celebrated by Forbes African magazine as one of the 30 under-30 successful entrepreneurs on the continent in 2016, when he was only 28.

He operated his Invictus Group which he claimed had investments in oil and gas, real estate, agriculture, among others in Nigeria, South Africa and Zambia.

Federal Bureau of Investigation (FBI) operatives arrested him on August 6, 2019, on a criminal complaint for computer and wire fraud to defraud Unatrac Holding Limited, which is headquartered in the United Arab Emirates (UAE).

He was arrested at Dulles International Airport, Virginia, as he prepared to depart the U.S. after a visit to witness the birth of his then less-than-a-month-old daughter born on July 15, 2019.

He initially denied the charges, but later entered into a plea bargain agreement with the U.S authorities and pleaded guilty to Count 1 on June 18, 2020.

The second count of computer fraud, with lesser penalty, was dropped as part of the plea agreement.

The judge, Ms Smith, sentenced him to 10 years' imprisonment on February 16, and issued restitution and forfeiture orders against him.

The judge also ordered him to undergo three years of supervised release after completing his jail term.

He is prohibited from taking up jobs that grant access to money and bank accounts or hold positions involving investments if he will undergo the supervised release in the U.S.