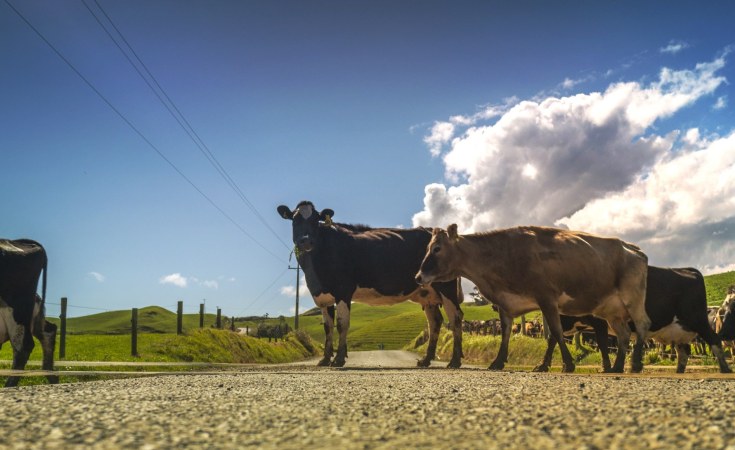 Mohamed Hassan Gure, 40, has been a herder all his life. Only 20 goats are left from what was once a herd of 250 goats and camels. It's been a war of attrition over the years trying to hold on to his wealth. But the recurring nature of climatic disasters has made it difficult to recover. "Only God knows, but we wonder whether our way of life is in danger. If the droughts continue and the animals get fewer. This way of life is in real danger. That is our fear."

Ahmed Mohamud and his fellow herders travel as a group looking for pasture and water for their animals. The change in weather patterns and the uncertainty that comes with it has made the traditional way of life precarious. Last year he lost 50 cattle. The long dry spells can equally be harsh for the herd. "When we are in the dry season, we brace ourselves. We give them [the camels] food when things get bad. We put the food on the ground for them to eat."

Abdi Ali's livestock was devastated by, first, the drought then later, the rains swept away the weak and feeble ones. His main challenge now is how to provide for his family. "At first, the drought destroyed part of them [the animals]. Then after, the weak ones were killed by the rain."

Abdi Jamaa, 35, lives in Tulo Qorax village, located 115km west of Galkacyo, Mudug Region. The number of goats he had dwindled down to 20 after losing them to both drought and the rains. He worries that his way of life, and that of his children, is becoming untenable due to the recurring disasters. "There are a lot of people who used to rear animals and live in the rural area. When they lost their animals, they just went to the town to live with relatives and family. They just moved and became displaced."

Nuro Osman is a herder in Banderseed village located 95km east of Galkacyo town. She lives with 11 children in her homestead - nephews, nieces and some grandchildren. She's fallen on hard times after the drought killed her only camel and some of the goats she had. "If we don't get rains, children get sick, people fall ill and the animals are destroyed. There are more diseases. They[children] get cholera. They suffer from diarrhea. The children and the people suffer.

Abshiro Hassan Farah sits outside her home in Bandeerseed. Most homes in the remote village look like hers - dome-shaped dwellings patched with cloth and tarpaulin and sections of woven-grass matting. The International Committee of the Red Cross disbursed cash to families in the village that were affected by the prolonged dry season this year.

Herders water their camels at a rain catchment in Mudug Somalia. These reservoirs are cool-down points for the herders and the animals during their travels.

The writing has been on the wall for some time now as more Somali herders are forced to abandon their traditional lifestyle due to harsh climatic conditions. The old nomadic way has been battered repeatedly by long dry seasons, recurring droughts and floods over the last two decades. What's worse, the back-to-back nature of these episodes makes recovery near-impossible for the herders. Add to that the recent waves of locust infestations and the constant backdrop of conflict, life as a Somali pastoralist becomes increasingly untenable.

While climate change is a global problem, not everyone is affected equally. The poorest and most marginalized communities, including Somalia's 2.9 million displaced, are at greatest risk, as their capacity to adapt is already strained. Below are testimonials from herders in Somalia who have seen their herds of camels, cows and goats dwindle as a result of the change in trends.