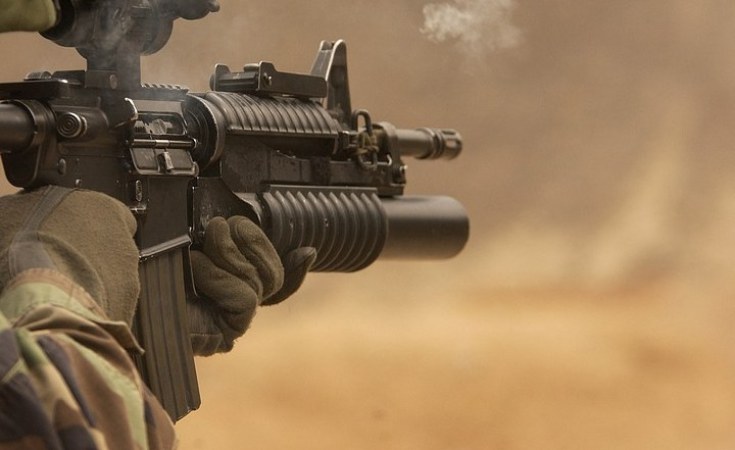 U.S. Department of State described its relationship with Nigeria as "among the most important in sub-Saharan Africa"

Influential U.S. lawmakers are masterminding a hold on a proposed sale of attack helicopters to Nigeria over concerns that the President Muhammadu Buhari's administration was "drifting towards authoritarianism."

This comes at a time Nigeria is besieged by multiple security challenges, including a 12-year insurgency by Boko Haram militants in the country's northeast, deadly spate of high-profile kidnapping-for-ransom campaigns and bandit attacks that observers said has morphed into full-scale insurgency, as well as separatists agitations in the south-east and south-west.

Citing U.S. officials and congressional aides privy to the blocked ammunition deals worth $875 million, Foreign Policy, a U.S. newspaper, said power brokers in Washington, particularly the top Democrat and Republican on the Senate Foreign Relations Committee, were hellbent on pushing the Biden administration to rethink the U.S. relations with Nigeria to ensure balance between national security and human rights.

Earlier in June, the chairperson of the U.S. Senate Foreign Relations Committee, Bob Menendez, during a Senate hearing with Secretary of State, Antony Blinken, called for a "fundamental rethink of the framework of our overall engagement" with Nigeria.

Although the U.S. Department of State described its relationship with Nigeria as "among the most important in sub-Saharan Africa" to whose military it has provided limited funding for training and education programmes, recent events in the most populous African country have raised concerns among human rights advocates.

Nigerian protesters calling for police reform were last year attacked by security operatives and thugs allegedly sponsored by the state, leading to some deaths, while no security official has been prosecuted for the mass killing of hundreds of Shiites in Kaduna in December 2015.

Nigeria has relied on the U.S. arms deals to help it tackle insecurity in the past and recently received some fighter Tucano jets from the U.S. However, the latest action by the U.S. lawmakers will not be the first time the North American nation would suspend arms sale to the African country.

Commenting on that failed deal in an interview, a former Nigerian ambassador to China and foreign affairs minister, Aminu Wali, called the blockade a "blackmail (to) the sitting government at the time" by the West, because it fell for the "propaganda of opposition parties" without proper verification.

Mr Wali was a minister when the Peoples Democratic Party was the ruling party. In 2015, the main opposition at the time, the All Progressives Congress, was coronated the ruling party after defeating the PDP at the polls.

"For example, we (wanted) cobra helicopters from the U.S. they refused to sell it to us during my time. We headed elsewhere to get these helicopters," Mr Wali recalled his time as minister.

"I visited Turkey. They said they are willing to sell those types of aircraft to us but, unfortunately, they cannot go ahead and sell to us because the engines are American, therefore, they have to have a license from the U.S. But the U.S. was not prepared to help."