Kenyan Health Workers to Get UK Jobs in New Pact 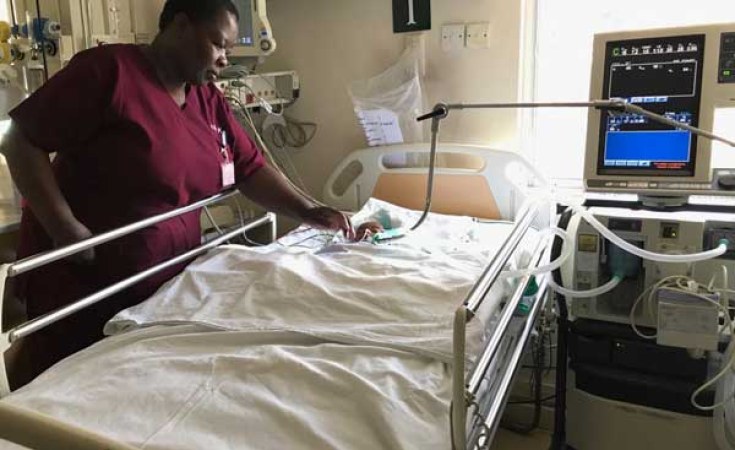 Jobless Kenyan nurses and other health workers will get a chance to work in the UK as part of a new scheme requested by Kenya, and set to be launched Thursday, Nation has learnt.

Sources in the know say the unemployed health workers will serve in the UK's National Health Service before returning to work in Kenya.

The agreement, the Nation understands, is expected to be signed by UK Health Secretary Sajid Javid and Kenya's Labour Cabinet Secretary Simon Chelugui, in the presence of President Uhuru Kenyatta who is on a three-day working visit to the UK.

This will be good news for the more than 30,000 jobless Kenyan nurses and healthcare workers, coming barely six months after the UK allowed skilled Kenyans without degrees to apply for work permits in Britain under post-Brexit immigration rules.

In July 2020, UK introduced a new points-based immigration system, implemented from January 2021, which lowered the requirement for job applicants to minimum skill level of A-level or equivalent from degree-level under the 27-member EU bloc system.

The exact numbers who will go to the UK and the process for visas, it is understood, will be confirmed before the end of this October. The two countries have an existing agreement which has so far, enabled a number of Kenyans to work in the NHS.

President Kenyatta is expected to visit the Royal College of Physicians in London later Thursday. It is also understood that he will witness the signing of the Kenya-UK Health Alliance, expected to boost health research and collaboration between UK and Kenyan universities and teaching hospitals.

This includes a partnership between Kenyatta University Teaching Research and Referral Hospital and the University of Manchester/Christie NHS Foundation Trust on improving cancer treatment.

UK Prime Minister Boris Johnson, Wednesday announced a donation of 817,000 Covid-19 AstraZeneca vaccine doses to Kenya -- half a bilateral donation and half a UK donation through the Covax facility.

President Kenyatta and Mr Johnson are today expected to co-chair the Global Education Summit in a bid to raise Sh540 billion for educating the world's poorest in the next five years.

"This visit has presented a unique opportunity to reaffirm our commitments to the long-standing bilateral relations between Kenya and the UK," President Kenyatta said.

The signing comes six months after the two defence secretaries met in Nairobi, agreeing on a refreshed Security Compact to deepen wider stability and security cooperation.

Once ratified by the Kenyan and UK Parliaments, the DCA will allow the two countries' militaries to share expertise, experience, and techniques.

"We held very fruitful discussions and agreed on a range of measures to keep both of our countries safer. Kenya has long been our defence partner of choice in East Africa, and, in a more uncertain world, we will continue to stand shoulder-to-shoulder as we tackle the threats of tomorrow," Mr Wallace said.

"The framework underpinning this strategic relationship is the Defence Cooperation Agreement, which has become an invaluable tool for enhancing the competencies of our defence forces," Dr Juma said.

Under the current agreement, the UK has provided an annual training for more than 1,100 KDF soldiers, with courses in the UK or with UK military training teams in Kenya.

Further training has also been provided through the UK-funded Counter-IED (CIED) Wing at the Humanitarian Peace Support School (HPSS) in Embakasi.

Since its opening in 2016, more than 2,000 military and police from 22 countries have been trained in CIED skills and 40 CIED instructors developed.