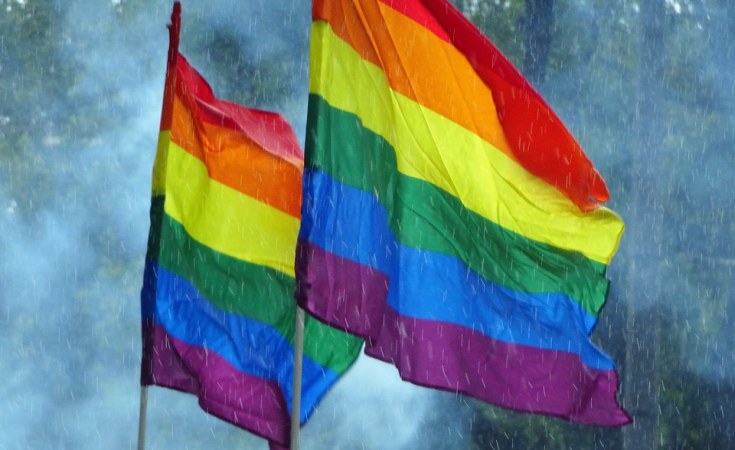 INTERSEX persons in the country have alleged they are being discriminated against in the ongoing Covid-19 vaccination programme.

Inquiries by NewZimbabwe.com revealed that the major challenge faced with the intersex community towards vaccination borders around identification documents.

A national identity document (ID), driver's license or valid passport are required for one to access vaccines.

The Zimbabwe Human Rights Commission (ZHCR) stresses that national documentation is at the core of the enjoyment of fundamental human rights and freedoms.

ZHCR said while IDs may seem like an insignificant document, failure to acquire one leads to far reaching consequences and shuts doors to opportunities later in life.

In particular, lack of access impedes enjoyment of fundamental human rights and freedoms such as right to identity, freedom of movement, right to education and in this case right of health as enshrined under the Fundamental Rights and Freedoms, Part 2 of the Constitution.

It emerged that violations against basic human rights of the intersex community have intensified during the Covid-19 induced lockdown as many are failing to get vaccinated.

"The (intersex) community has been facing challenges in accessing Cocid-19 vaccines from the government health care providers ever since the programme started," said Intersex Community of Zimbabwe (ICoZ) director Ronie Zuze.

International pressure group, InterAct - Advocates for Intersex Youth, states that intersex is a general term used for a variety of conditions in which a person is born with a reproductive or sexual anatomy that does not seem to fit the typical definitions of female or male.

For example, some individuals may be born with ambiguous genitals that seem to be in-between the usual male and female types.

Others are might be born appearing to be female on the outside, but having mostly male-typical anatomy on the inside.

There are up to 47 variations that distinguish intersex persons.

Zuze who was born intersex, said it is the physical appearance that has seen members of the community with valid IDs fail to get vaccinated.

"For those who do not match their bodies, are getting rejected as they're accused of using ID documents that doesn't belong to them," said Zuze.

The development comes at a time when the intersex community is often deprived off their right to health owing to their appearance.

"It is often difficult for me to explain myself every time I visit a health facility. When they look at my particulars (ID) and the person before them, it raises more questions to them.

"The humiliation is just too much that they tend to call one health official after the other. The same thing happened when I tried to get vaccinated and was turned away after going through that dehumanising experience," said an intersex person who spoke on condition of anonymity.

ICoZ, indicated that there are close to 100 intersex persons who have come out in the open in the country while the majority chose to remain hidden in fear of discrimination or hate speech.

ZHCR in its maiden national Inquiry on Access to Documentation acknowledged that intersex persons are not recognised at law in Zimbabwe.

National documents are categorised into the conventional female and male sex categories without provision for intersex persons.

Their 2020 report states that parents determine the sex of intersex children - sometimes with advice from health personnel - at an early age before the children are old enough to identify themselves as either male or female.

"The law does not accommodate intersex persons who wish to change their sex on their identity documents as their bodies transform at puberty," reads the report.

Government recently waived the mandatory requirement of IDs to individuals seeking vaccination in a bid to accommodate minority groups such as intersex and stateless persons.

Moreover, the few who have managed to get vaccinated are faced with common challenges of struggling to get their second jabs owing to unavailability of doses.

"Some only managed to get the first dose and others who got it are struggling to get the second one depending on the areas where they are accessing it," said Intersex Community Trust of Zimbabwe (ICTZ) director Betha Tsitsi Masvinga Ndabambi.

Currently, there are over 1,5 million people who have managed to receive their first dose while only 694 685 received the second dose as at July 27, according to the Ministry of Health and Child Care national daily updates.

ICoZ has appealed to government recognise intersex persons at law, which would address several underlying challenges faced with the community.