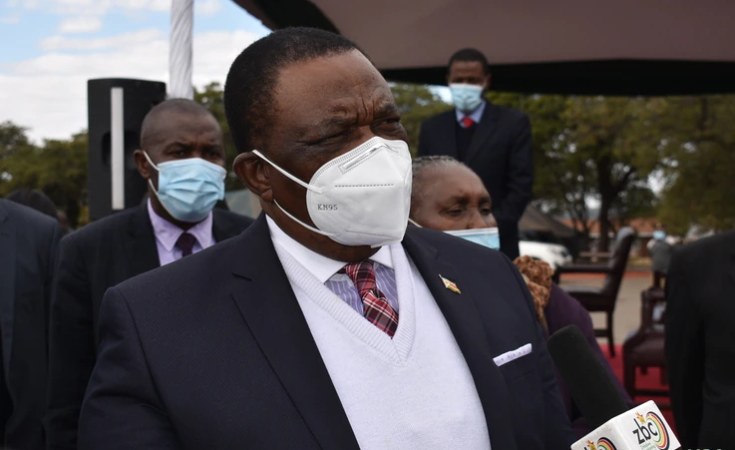 The midterm budget review statement that will be presented in Parliament this afternoon by Minister of Finance and Economic Development Mthuli Ncube is expected, along with details of the continued successes of economic reforms and growth of infrastructure and other services, to look at those careful and tightly targeted measures required to help vulnerable people and businesses cope with Covid-19 and its associated lockdowns.

Provisions were made in this year's budget for these sorts of spending, and the enhanced spending on upgrading medical services.

But the minister has already said that the largest off-budget item of medical spending, the US$100 million that he has now mostly spent on paying for and guaranteeing 90 percent of the vaccines required for the initial herd-immunity target, came out of last year's budget surplus, so even that has not imposed a noticeable strain on the budget.

The Second Republic has moved away from subsidies and targeted financial support, preferring to concentrate help and relief on those who need it to ensure they get what they require.

But some areas could require further support. For example, while most of the economy has been able to cope and grow with the enhanced lockdown now in place, despite the constraints it imposes, the tourism and hospitality industry in general and chunks of the travel industry have been badly hit.

The basic wish list from the productive sectors has been "more of the same".

Organised industry has made it clear that it wants to see continued good access to foreign currency through the auctions, wants to see good electricity supplies without a return to load shedding for factories, and wants the Government to remain committed to its tight fiscal and monetary discipline.

Usually, a budget review takes stock of the journey the country travelled since January with regard to implementation of programmes and targets the minister would have outlined when he first presented the fiscal policy.

Minister Ncube last year presented a $421 billion national budget statement, premised on the assumption that the cumulative revenue collections for the 12 months to December 2021 would total $390,8 billion.

But borrowing was to be limited to the allowable financing of capital programmes that produced revenue promptly that could be used to service that borrowing.

Overall, the minister predicted a national budget deficit of $30,8 billion while the current account was expected to close the current financial year at around $73,8 billion.

The economy was expected to grow by 7,4 percent, after two years of modest decline, largely driven by the good harvest from agriculture, guaranteed with the extra Government-supported financing arrangements, and from improved output and better prices in mining.

Inflation, already tamed by the time he gave the budget, was forecast to end the year at 9 percent.

The strong projected growth this year was also backed by the International Monetary Fund, which foresees a 6 percent expansion and the World Bank, which predicted a conservative 3,9 percent growth. But both saw strong growth and were only arguing about how good it be.

Most of Zimbabwe's economic sectors are expected to register significant growth, with the good harvest, the associated local supplies of raw materials, lower basic imports and the incomes earned by more than 1 million farming hosueholds. And all of this being seen with growing economic and monetary stability.

But the midterm policy review will seek to bolster the current growth trajectory and make corrections on any areas going off course.

Zimbabwe's economy has been characterised by improved macroeconomic and exchange rate stability, anchored by the foreign exchange auction system introduced in June last year which in turn was possible from the previous tight fiscal and monetary policies.

This has resulted in sustained decline in annual inflation, which peaked at a post dollarisation high of 837,6 percent in July last year, but fell to its lowest level since 2019 when it slumped to 56,037 percent only this month.

The Confederation of Zimbabwe Industries said this week the budget statement, while generally a review statement, should carry measures that render further support to growth and prevailing stability in the economy.

Industrialists see continuing good access to foreign currency, electricity and other key enablers as essential, looking for more of the same rather than any dramatic new measures and are wanting to be reassured that the Second Republic's commitment to first-class and tight fiscal and monetary management remains on top of the agenda.

In an interview ahead of Minister Ncube's budget review presentations this afternoon, CZI president Henry Ruzvidzo, said the industrial lobby group had noted positive growth in the majority of sectors of the economy.

Zimbabwe's economy is poised to grow significantly, despite the long shadow of the Covid-19 pandemic, driven by a stellar agricultural season, global commodity price boom, construction and electricity sectors.

"We expect the budget (review) to support the growth by continuing to ensure foreign currency availability, adequate electricity and other supporting infrastructure," Mr Ruzvidzo said earlier this week.

"Currency reform continues to be carefully calibrated whilst addressing market distortion. We expect all subsidies will be fully provided for in the budget with some consideration for stimulating the hardest hit sectors by Covid-19," he said.

The CZI president said that efforts by the Government to reestablish external lines of credit, following decades of hurtful an illegal Western embargo, must continue in order to sustain the current growth momentum.

Analysts said they expected policy measures to cushion those parts of the economy and those citizens who might need more help in Minister Ncube's budget review.

Economist Professor Gift Mugano said when the Finance Minister first presented the 2021 national budget; he expected that the threats from the global pandemic would by now be lower than what is being experienced in the third wave and that might require adjustments.

Another economist, Persistence Gwanyanya said Minister Ncube should pronounce fiscal incentives that could include tax cuts, tax holidays and duty exemptions on key imports like agricultural equipment and capital goods.

Mr Gwanyanya said there was a need to come up with policy interventions to foster a structural shift that brings permanent solutions to challenges facing the economy while ensuring better yields, increased productivity and stronger value chains.

According to a 2021 budget strategy paper which has already been presented to and approved by Cabinet, the economy is projected to grow by 5,4 percent next year, anchored in growth in mining, manufacturing and electricity generation, among others.

On the other hand, expenditure is anticipated to increase to 19,4 percent ($579,1 billion) of total national economic output next year from the 18,2 percent ($421,6 billion) this year.

Next year's budget, under this initial strategy paper, would see the Government prioritising sustaining macroeconomic stability, for conducive business and investment conditions and to improve the living standards of citizens.