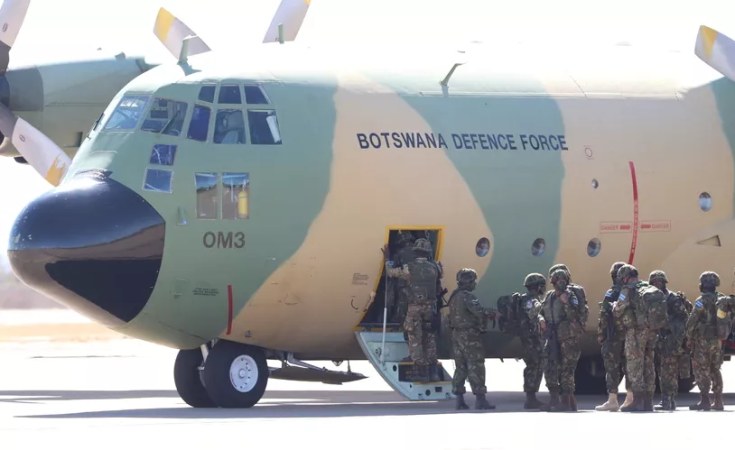 Maputo — South African President Cyril Ramaphosa has authorised the deployment of 1,495 South African troops to Mozambique, to join the standby force of the Southern African Development Community (SADC) assisting the Mozambican government in the fight against islamist terrorism in the northern province of Cabo Delgado.

In a report to the South African parliament, tabled on Tuesday, Ramaphosa said "This serves to inform the National Assembly that I have authorised the employment of 1,495 members of the South African National Defence Force (SANDF) for a service in fulfilment of an international obligation towards SADC, in order to support Mozambique to combat the acts of terrorism and violent extremists that have affected Cabo Delgado province."

The South African contingent is expected to remain in Cabo Delgado for three months, and Ramaphosa put the cost at over 984,000 rands (about 67.5 million US dollars).

South Africa is the third SADC member to commit to the standby force. Botswana is sending 296 troops, while Angola is providing 20 military advisers.

Botswana President Mokgweetsi Masisi saw off the troops on Monday. Masisi, who is the chairperson of the SADC Organ on Politics, Defense and Security, said the deployment is part of the region's effort to promote stability in Mozambique.

"Today, we witness yet another milestone in our objectives of propelling the peace agenda through our region in following through on the SADC mandate aimed at facilitating peaceful conditions in the northern part of the Republic of Mozambique," he said.

Masisi warned the troops they would be facing an unconventional war in Cabo Delgado. "I am alive to the fact that you will be facing a deceptive enemy which is likely to use asymmetric warfare, unconventional and underhand war tactics against yourself and the population you will be protecting. As professionals, you stand for much more than they do, and you must avoid emulating them and sinking to their level," he said.

Rwanda, which is not a member of SADC, has sent 1,000 troops and police to Mozambican, and they have already been in action against the jihadists in Cabo Delgado.

Assembly Will Debate Foreign Troops - but Only in October