Nigeria: Now That the North Too Is Giving the Fulani Eviction Notices 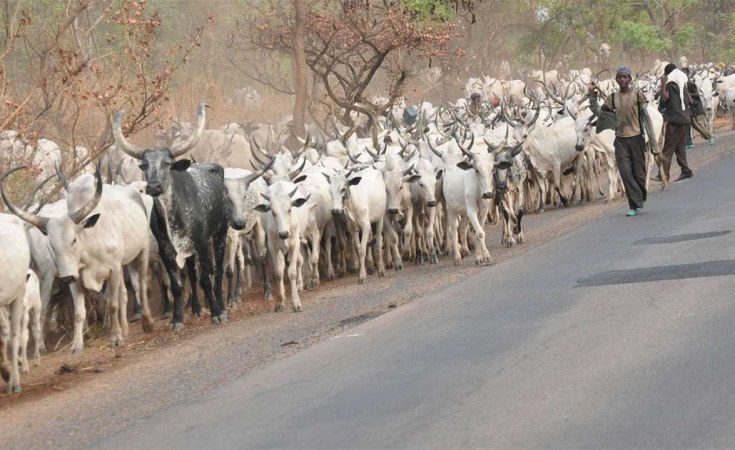 On the joyous occasion of the Eid festivities last week, Alhaji Abbas Tafida, the Emir of Muri, a modest empire in Taraba State, made a stunning comment to his subjects and their neighbours, the ubiquitous Fulani herdsmen of the wild.

Having had more than his fair share of sleepless nights over the regular kidnapping of people in villages and towns and the seizing and raping of women in the emirate mostly blamed on criminal Fulani, the emir said, "Because of this unending trend, every Fulani herdsman in the state living in the forests has been given 30 days ultimatum to vacate the forests," Newspapers like the Guardian, Vanguard and The Punch quoted the emir as saying.

In their report published on July 22, Sahara Reporters, (before their sensational goof that has angered Muslims in the country) had the emir saying, "From now onwards, if anyone is kidnapped from this emirate, we will go into the bush and kill any Fulani man we see and we will not ask for his name or what he does because the Fulani cannot say they do not know the kidnappers. They had better stop them."

These are grave, heavy words directed at the Fulani, but they are not the first. At this rate, I suspect they won't be the last. Gov. Rotimi Akeredolu of Ondo State had issued a similar ultimatum to the same Fulani, so had Sunday Igboho, who toured the South West slapping eviction notices on Fulani settlements, demanding the nomads be kicked out, as had Nnamdi Kanu's self-styled Eastern Security Network, or that group of miscreants in Ebonyi, who were seen on video evicting the Fulani and torching their homes. So have many others. Many of those issuing such eviction notices have been called out, some have even been chastised by presidential statements. Not so much the Emir of Muri, who perhaps happens to be the first prominent person from the North to issue such an ultimatum.

That in itself is saying something.

To unpack the implications of this statement and the reactions to it, I fear this column might not provide enough space. Yet one cannot fail to address what is immediately evident from this ultimatum.

These calls are dangerous enough in that they incite people to take the laws into their hands and will most likely result in bloodshed. It is noteworthy also that those calling for this illegality are doing so in the interest of the safety of their homes and loved ones.

For the hundred or so years of Nigeria's existence, the Fulani have traversed the country freely with their cattle chomping on fodder here and there, settling and breeding both men and beasts. They, and their nomadic lifestyle, were romanticised and celebrated--in calendars, arts and the novels of Cyprian Ekwensi.

As the late American talk show host Tom Snyder once said, "When everything is coming your way, you are probably in the wrong lane." The Fulani have changed lanes. The flak coming their way reflects an increasing intolerance to the shenanigans of the criminals kidnapping people and ransacking villages all over the country, most of whom happen to be Fulani.

For a group once much-vaunted to suddenly morph into one of the most feared in the nation, with eviction notices being tacked to them from South to North, reflects the lifestyle change we have seen in the last decade or so, from the amiable nomad to the bloodthirsty bandit. A year ago, as reported by Daily Trust on June 26, 2019, in the wake of violent clashes between farmers and herders in his emirate, this same Emir of Muri appealed for calm, called for restraint and peaceful coexistence. In another address during a visit of the Governor of Ebonyi State to Taraba, the same Emir, in another address sampled by my fellow columnist, Gambo Dori, in his column for Vanguard newspaper on August 9, 2018, proposed solutions to the unrest between herders and farmers and other ethno-religious crises. Two of his key submissions in that speech were on the need to better educate people on appreciating each other's rights and the banning of the youth militia mushrooming all over the country.

That someone like this, who has been emir for 30 years, and has a record of calling for restraint is today calling for the eviction of the Fulani and invoking bloodshed on even innocent Fulani if one more person in his emirate is kidnapped indicates that the continued neglect of the menace has reached a breaking point.

This increasing agitation for the eviction of the Fulani spreading now from South to North indicates only one thing. The negligence of the Nigerian authorities that allowed this menace to fester and take root, to become the monster that it is today is now compounded by the authorities' failure or inability to respond to the people's pleas for help, to protect them. With no help or protection from the government, self-help is increasingly becoming the only option. Amotekun, ESN and other vigilantes in the North West have risen in response to banditry because no one has confidence in the government to handle the situation.

We would not have reached this point without the complacency of the leadership of Fulani groups like Miyetti Allah. They might have turned a blind eye to the growing scourge, pretended they are unaware of it, but anyone who has studied the history of conflicts involving herders in this country knows that Miyetti Allah very much has its fingers on the pulse of various Fulani communities in the country. Those who have made the mistake of assuming that the Fulani nomads are scattered and isolated, and have allowed that impression to lead them to attack random herdsmen in the deepest wilds imaginable have soon learnt that the Fulani are like wily old octopuses, with a body able to camouflage and blend when needed, and tentacles that reach deep into the wildest wild. They have coordinated retaliatory strikes on various communities who have harmed one herdsman, often mobilising herders from far and near to form an army that strikes and melts into the night.

Miyetti Allah has been active in defending Fulani rights and liberties but devoted very little effort to keeping their people in line.

There is after all order in the organised chaos of the Fulani nomads. Every Fulani community has an ardo, (or head) and every ardo, has roots in the grounds and in the wilds where these bandits operate and branches that reach the national and international leadership of the Fulani nomads.

Before there is total chaos, the government needs to bring the leaders of the Fulani in line. A serious government would home in on these ardos and other leaders of the Fulani, demand accountability from them, demand they take charge of their subjects and call them to order. Failure to reign in these brigands should come with consequences.

Now that even leaders of Northern communities are issuing quit notices on the Fulani and calling for blood, even if innocent, it should be a cue to the government that its people's patience is running thin and it needs to find creative ways to bring these brigands, Fulani or otherwise, to heel.