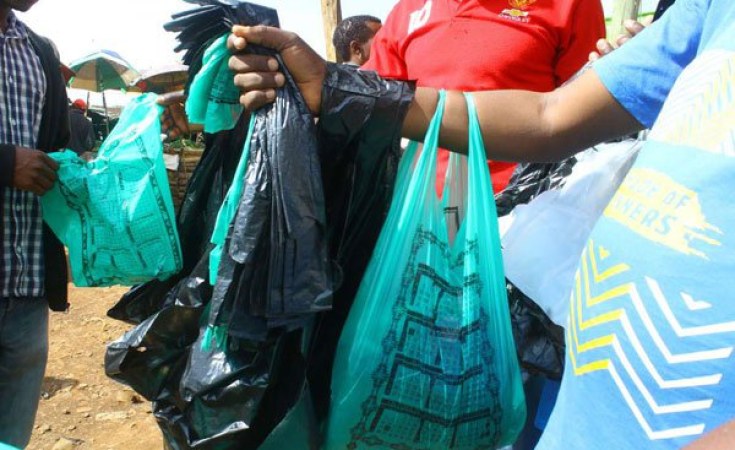 Cabinet has directed the Ministry of Water and Environment to enforce new measures, including a ban on the manufacture and importation of polythene bags in order to protect the environment and natural resources in the country.

The new measures also target sand mining, growing of rice in wetlands and forest reserves, manufacture and use of polythene bags, importation of treated wooden electricity poles and use of lake shores and banks.

State Minister for Environment Ms Beatrice Anywar said "polythene bags have an extreme effect to the environment and there is need to stop their usage, but the implementation has been slow due to legal challenges but the problem is with delayed enforcement of laws."

"Now, with these directives, implementation will be easy and done in a shorter period," Ms Anywar said.

"We welcome this important commitment from government of Uganda to reduce plastic pollution- helping to clean up our communities and protect biodiversity," UK High Commission said in a tweet, Tuesday.

This isn't the first time that the government is banning manufacture, importation and use of polythene bags whose micron is below 30.

The manufacturers often lobby for more time before enforcement of the ban and government gives in to their demands.

However electric power distribution companies have been importing electric poles from South Africa and Kenya.

Ms Anywar said different government agencies have been tasked to demarcate boundaries of government forest reserves, lakes and river banks to stop encroachment and destruction of the ecosystem.

"Each encroacher is hereby given time to harvest their crops and voluntarily vacate. Those who fail will be evicted," she warned.

Encroachers in rural wetlands will be mobilized and re-organized to engage into alternative sustainable wetland models.

"All titles illegally issued in wetlands and forest reserves must be cancelled by Ministry of Lands, Housing and Urban Development and people who issued them prosecuted," one of the Cabinet directives reads in part.

The ministries of agriculture and water will enforce sustainable agriculture on hilly and mountainous areas by use of contour farming, terracing and other soil erosion control measures.

Government has also ordered all industries "to comply with standards and regulations for discharge of effluents, air emissions and waste management."

The Future's Not in Plastics