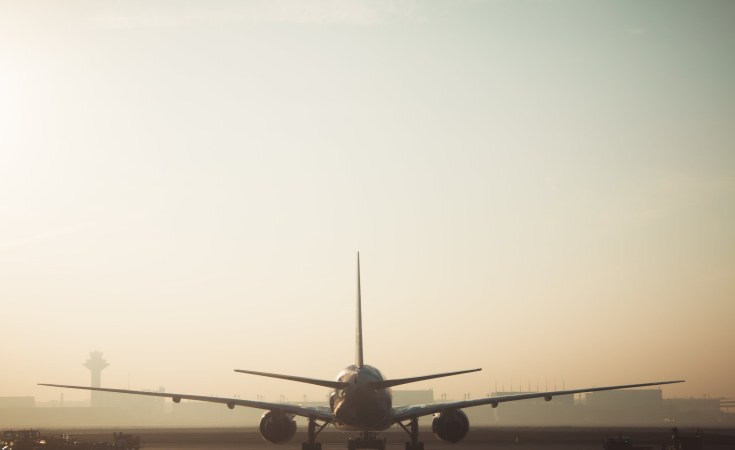 On late Sunday, due to bad weather at and around Bole International Airport, mainly due to cloud, aircrafts were forced to divert flights to nearby airports for short period of time. For safety reasons, flights to Addis were temporarily diverted to alternative airports and the landing back to the original destination after the weather improves, Ethiopian Airlines announced on 26 July.

Due to appropriate safety and security measures taken immediately, there was no incident and the aviation properly managed the weather related problem, except disruptions for the passengers related to time.

The foggy weather still covers Addis Ababa and some parts of Ethiopia. Rain is also showering for consecutive days. Normal and above normal rainfall is experiencing in most parts of Ethiopia. The rainfall in this Kiremt season, which is also a crop season for Ethiopia, is helpful for the crop development and productivity across the country. At the same time necessary actions are required to control side effects of the moist weather and rain related causalities.

Ethiopian National Meteorology Agency (ENMA) announced that this week's foggy weather was anticipated according to the weather forecast of the Kiremt (Rainy) Season. This week's foggy weather in different parts of Ethiopia was forecasted and expected by the Kiremt season weather forecast, ENMA told Ethiopian News Agency (ENA). It further called for precautions to avoid possible disasters due to visual shadows by the fog.

For the director the agency has indicated the normal above normal rainfall was anticipated to be registered during this Kiremt (rainy) season in most part of Ethiopia and the current wet weather was already anticipated.

Fetene stressed that the current foggy weather is expected to stay around in many parts of the country which will continue to receive normal and above normal rainfall during the July-August months. Accordingly cautionary measures should be exercised on land and air transportation to control side effects of visual obscurity caused by the thick fog.

The director noted that the agency is closely working with Ethiopian Airlines Group and Ethiopian Civil Aviation Authority to control the side effects of the foggy weather on air transport. Daily weather forecast is provided timely to the two institutions by the agency. Based on the weather information of the agency, the institutions are taking precaution measures in this regard, he added.

Not only the air transportation, but the foggy weather could have an effect on land transportation too which may lead to unnecessary incidents. Hence, he calls on drivers and pedestrians to be careful in their journey.

In addition to the foggy weather effects, the areas that are predicted to experience heavy and very heavy rainfall during this Kiremt season should prepare to take appropriate measures to control flood effects, ENMA director underlined. Particularly, the heavy and above heavy rainfall may lead for over flood and this may affect the crops on the fields, he stated.

Hence, it is necessary to take appropriate controlling measures by opening canals and floating the water on the crop fields mainly to protect the agricultural products from flood.

Citizens living in places which are vulnerable should also take care from consequences like land slide and flood. In addition necessary supports should prepare for the vulnerable areas by responsible stakeholders, he argued.

According to ENMA's Director, prevention measures are being taken jointly with responsible stakeholder institutions in selected vulnerable areas for flood in the country, calling for actions to prevent further possible disasters.

He stressed the need to appropriately utilize the available rainfall for the development and productivity of farms along with mitigating the side effects.

On Wednesday ENMA announced that the Kiremt wet weather activities are continued in a similar ways over the most parts of the country. In association with this; western, central, eastern and southern high grounds of Oromia, northern parts of Sothern Nations, Nationalities and Peoples Region , Amhara, Benishangul Gumuz, western and north western and central Tigray and eastern parts of the country had received from isolated to heavy rain showers. Heavy fall recorded at the stations of Arjo 32.2 in mm. The remaining parts of the country were dominated by partly cloudy weather conditions.

The agency announced yesterday that for the coming days, the wet season will be expected to continue in most parts of the country. In association with this, Amhara, western, and central Oromia, Tigray, and Benishangul Gumuz regions will have rainfall that range from scattered to fairly widespread rain showers with heavy fall that may causes flash flood at their some prone areas, ENMA announced on its official website. It added that the cloudy weather conditions will remain dominated many parts of the country.

The Kiremt rainfall is a nice time to accomplish planting according to the crop calendar, to manage the side effects of the heavy rain, well established systems and preparations are necessary and appropriate precaution measures are must to take at this time.

Inter Governments' Authority for Development's (IGAD) Climate Prediction and Application Center forecasted this week that, heavy and very heavy rainfall is expected over parts of northern Ethiopia, Eritrea, and parts of eastern and western Sudan from 27 July to 03 August.

According to the center heavy to very heavy rainfall 100 to more than 200 mm is expected in northern Ethiopia, parts of western Eritrea, and parts of western Darfur, Sennar, and Gedaraf in Sudan. While Southern Sudan, much of South Sudan, parts of central and northern Ethiopia, and a few areas of Western Kenya are expected to receive moderate rainfall during the specified period.

According to Flood List website heavy rain and flash flooding is affecting different countries of the world including U.S.A, Germany, India, China, and Bangladesh and so on only in July 2021.