Nigeria: Men Should Be Made to Read Women's Stories - Chimamanda Ngozi Adichie 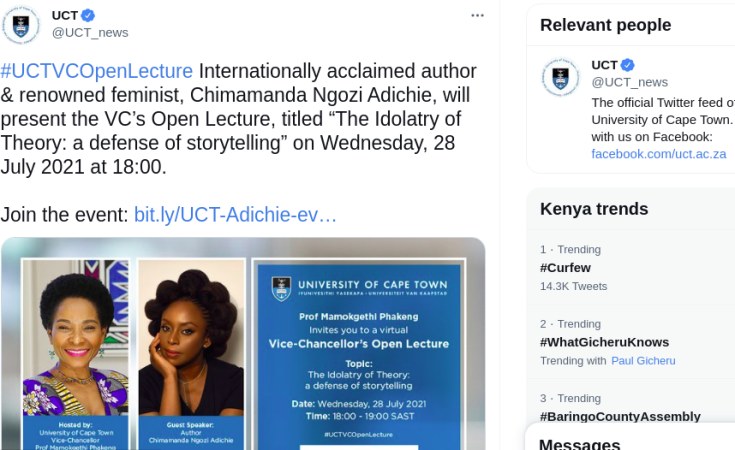 If men were made to read women's stories it would reduce the rates of violence against women, Nigerian writer Chimamanda Ngozi Adichie said on Wednesday evening during the Vice-Chancellor's Open Lecture at the University of Cape Town.

The writer was making a case for the power of storytelling to change the world. Her lecture, entitled "The Idolatry of Theory: A Defence of Storytelling", started with a story from her own life. She said a woman had once told her and a few others that she often found that women were their own worst enemies. Ngozi Adichie said that she and the other women immediately castigated the speaker despite the experiences she had shared about having had difficult relationships with other women in the workplace.

"The rest of us immediately said, 'you cannot say that'. We did not engage with what she said. We silenced her. My voice was one of the loudest in that silencing. But even as I silenced her, I was asking myself why her words made me so uncomfortable."

Ngozi Adichie's lecture was, according to Vice-Chancellor Professor Mamokgethi Phakeng, being watched by more than 5,000 people across the continent and the world, the largest number yet to...