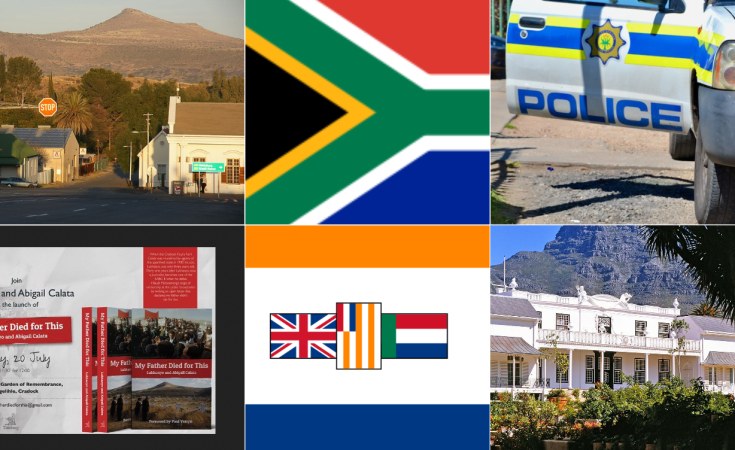 The NPA and the Hawks are allocating people and resources to investigate apartheid-era crimes that have gone unpunished, but not everyone is altogether happy about it.

When the Supreme Court of Appeal dismissed former security police administrative clerk João Rodrigues' attempt to obtain a stay of prosecution for his involvement in the 1971 murder of Ahmed Timol on 21 June, it led to a flurry of activity in the usually stagnant waters of apartheid-era justice.

Rodrigues predictably made submissions to the Constitutional Court in a final bid to never stand trial for his involvement in Timol's death and its subsequent cover-up by the security police.

But the National Prosecuting Authority (NPA) and the Directorate for Priority Crime Investigation (Hawks) released a rare statement on 27 June, the anniversary of the 1985 murders of the Cradock Four, addressing several issues related to Truth and Reconciliation Commission (TRC) cases.

In it, national director of public prosecutions (NDPP) Shamila Batohi and Hawks head Lieutenant General Godfrey Lebeya welcomed the appeal court's decision and pledged to "move ahead to prosecute Rodrigues and other perpetrators of apartheid-era crimes, where there is sufficient evidence, and where prosecutions have not taken place for various reasons".

Batohi has been transferring TRC cases to the directors of public prosecutions "in the regions where the crimes were committed, with support from a national office capacity". This approach has "increased the number of prosecutors available to handle these complex cases" and TRC cases under investigation have jumped from four to 53 in the past year, she said.

To bolster investigative capacity, the NPA "is in the process of setting up a specialist unit to deal exclusively with these matters, and will be appointing former experienced prosecutors in offices which require additional capacity", it said. The Hawks have also "embarked on the process to establish a dedicated team by a recruitment drive to re-enlist a number of competent and highly skilled former police officials with a wealth of knowledge in the detective environment".

Thirty-four such members appointed since April are assigned to TRC cases and the Hawks said their recruitment has already yielded results, with a "further 59 cases" identified for investigation in the past three months. The Hawks envisage concluding these investigations by the end of 2024.

The NPA and the Hawks cautioned that "the apartheid atrocities under consideration date back to the early 1960s. The health condition and circumstances of the witnesses and suspects, and nature of available evidence, further complicate the investigation and prosecution of these cases. The challenge in investigating these cases cannot be underestimated."

"Time is not on our side," said Batohi. "We have a small window to address this. Loved ones need to see justice being done, and justice will not be served until we act decisively against those that the NPA was once powerless to hold to account."

The allegations of political interference by high-ranking officials in the Thabo Mbeki regime in the prosecution of TRC cases are much reported. But the NPA's statement reveals little about how it plans to deal with those alleged to have helped deny justice to victims' families for almost two decades. "This is a complex and complicated matter and the NDPP has been engaging with the minister of justice to determine the most effective course of action," is all the statement says.

The Foundation for Human Rights (FHR) and the Apartheid Era Victims' Family Group (AVFG) welcomed the statement but are wary of some aspects of Batohi's approach.

The first is her strategy of sending cases for investigation to regional directors of public prosecutions to investigate. The FHR warned on 28 June that the NPA's "decentralisation policy ... has proven disastrous by causing delays in investigations and prosecutions ... because inter alia the responsibility to make decisions ... has been shifted around to different offices without clarity as to who has the ultimate authority to make decisions". The FHR has suggested that the NPA's new capacity should fall "under a special director appointed by the president, with the sole responsibility to oversee and manage the TRC cases".

The second relates to the former police officers "as the families of apartheid-era victims are rather sceptical of the appointment of 34 supposedly experienced detectives", said the AVFG. "Based on our past experience with the Hawks, we demand a transparent process for the appointment of these investigators. The public is entitled to know the identities and history of candidates, in particular, whether any of them are or were previously involved in apartheid-related structures."

The FW de Klerk Foundation published an editorial on 5 July in response to the NPA and Hawks announcement. It rehashes what led to the amnesty process adopted by the TRC and says the ANC used the Further Indemnity Act of 1992 to ensure the release of 1 477 of its cadres, many of whom "had been convicted for 'necklace murders' and other egregious crimes" under the sole condition that their actions had been politically motivated.

The editorial further bemoans that "one of the greatest failures of the NP [National Party] negotiators was their inability to conclude a comprehensive amnesty agreement before the 1994 elections". It also says that the 1995 Promotion of National Unity and Reconciliation Act, which laid the foundations for setting up the TRC, "set conditions that were far more onerous than those the ANC had insisted on with regard to the release of its own supporters [in 1992]".

It then proffers that "because of an informal agreement between the ANC and former operatives of the pre-1994 government, the NPA suspended its prosecutions of apartheid era crimes".

Some view this sentence to reveal that De Klerk has knowledge of this "informal agreement", long rumoured but never backed up by evidence, between the new guard and the old.

Good Party secretary general Brett Herron said De Klerk's reference to the agreement "confirms one of South Africa's most disgraceful secrets" and that it "further confirms that the NPA was captured long before the term 'state capture' rose to the prominence it has, and that the ANC had accomplices in the genesis of our current capture pandemic, the party of apartheid led by De Klerk".

Herron described the editorial as "a thinly veiled threat to the NPA to stay in its lane or the ANC will face consequences". He added that "what the De Klerk Foundation really wants is for the terms of its informal amnesty deal with the ANC to be upheld by the NPA".

FW de Klerk Foundation chairperson David Steward was at pains to point out that "FW de Klerk is the emeritus chair ... [and] is not involved in the day-to-day management of the foundation, or in the production of its articles and editorials".

Steward also claimed that the reference to an "informal agreement" was not based on any information that De Klerk had offered to the writers. Rather, it was a perhaps poorly worded interpretation of a paragraph from the judgment the high court handed down in the Rodrigues matter in 2019. The paragraph reads: "All investigations into TRC cases and other crimes of the past were stopped as a result of an executive decision taken at a high level that purported to interfere with the NPA's prosecutorial decision-making."

Steward emphasised that the "foundation was simply referring to the reference from the Gauteng high court and does not know whether any such an agreement actually existed, apart from the fact that the NPA appeared to cease such prosecutions between 2003 and 2017".

The editorial ends disingenuously and with little regard for the long struggle for justice and answers by victims' families. It asks why the NPA is "so intent on pursuing a course of action that is likely to polarise even further our deeply divided society" and questions the NPA committing its "limited resources" to "crimes that occurred more than 27 years ago" rather than recent corruption and murders.

There have been repeated calls since the end of the TRC process in 2003 for De Klerk to be called to account for his alleged involvement in apartheid-era crimes. He has come under fire for statements made last year in which he refused to recognise apartheid as a crime against humanity.

But Steward said the foundation is "not at all" concerned that the NPA announcement will have implications for a prosecution of De Klerk. Rather, he said, the reasoning behind the publication of the editorial is to remind the NPA that if it "does indeed decide to prosecute 'apartheid-era crimes', it must investigate and prosecute crimes committed by all sides for which amnesty was not requested or obtained".

While the storm around the editorial raged, Rodrigues' lawyer, Ben Minnaar, petitioned the Constitutional Court to overrule the appeal court's decision. He claimed it infringes on Rodrigues' constitutional right to a fair trial.

Minnaar wants the court to deal with the factors that caused the 47-year delay between Timol's death and the NPA charging his client in 2018. He said the appeal court only considered the political interference between 2003 and 2017.

Minnaar also wants more detail about that political interference to be made available to his client, and reiterated Rodrigues' deteriorating health.

The families view Rodrigues' Constitutional Court appeal as the last, desperate attempt of a man who has questions to answer. They have also pointed out that his appeal will mean further expense for taxpayers.

However, should the highest court give Rodrigues a hearing, it would set a precedent for any other perpetrators waiting to follow in his footsteps. A ruling by the court could go some way to revealing necessary further details of political interference, while calling those alleged to have facilitated it to account once and for all.

It would also demonstrate a commitment to finally fulfilling the promises made in the Constitution that those who did not apply for or were not granted amnesty by the TRC will ultimately have to face the consequences of their actions, whether they're a lowly former security police administrative clerk or the former occupant of the highest office in the country.

Previous Story
Were The Cradock Four Sacrificed at Altar of Democracy in South Africa?
Next Story
Apartheid Victim's Son Makes a Last Bid for Justice

Were The Cradock Four Sacrificed at Altar of Democracy in South Africa?