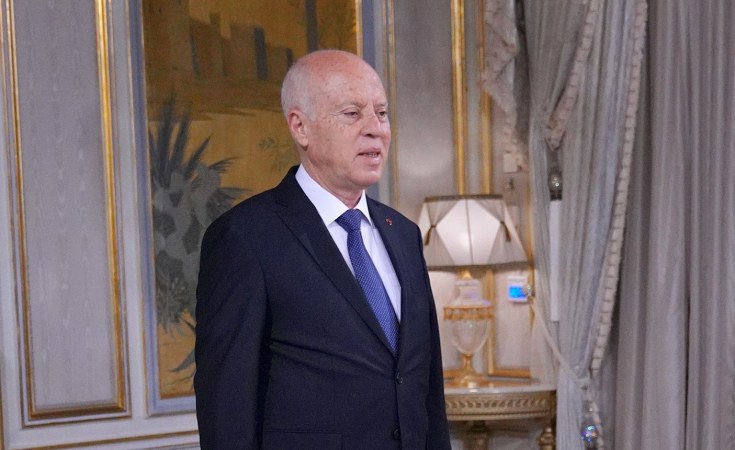 Two parliament members in Tunisia have been placed in provisional detention, according to a statement from an opposition party. Late last week, an independent MP, was detained after he criticised the president's decision to suspend parliament and sack the prime minister and other top officials.

Maher Zid and Mohamed Affes of the Islamis Al-Karama party have been placed in provisional detention, according to a statement from party head Seifeddine Makhlouf.

Al-Karama is allied to the Islamist-inspired Ennahdha party, the main opponent of the president.

The latest arrests fall as the United States called on Tunisia to return swiftly to its "democratic path".

A week after his shock move, President Kais Saied has yet to name a new prime minister.

He has rejected accusations he staged a "coup" and said he acted within the constitution, which allows the head of state to take unspecified exceptional measures in the event of an "imminent threat".

He has also declared a crackdown on corruption, accusing 460 businessmen of embezzlement.

Nothing to fear for freedoms and rights

On Friday, he stressed his hatred for dictatorship, stressing that there was "nothing to fear" concerning freedoms and rights in Tunisia.

But political commentator Slaheddine Jourchi said the recent arrests were "a strategic mistake" and "not consistent with the president's statements".

"Everyone expected him to begin with the dangerous corruption cases and with waging a direct battle against known parties, but these first arrests were of opponents," the analyst said.

Meanwhile, Rights groups including Amnesty International and Human Rights Watch have expressed concern over the arrest of Yassine Ayari last week. He was detained for branding the president's decision to suspend parliament and sack the prime minister and other top officials a "military coup".

The Harak party of former president and activist Moncef Marzouki expressed its "deep concern" and criticised what it said was a "slide towards a settling of political scores and repression of freedoms, contrary to the assurances provided by the head of state".

The Arab Spring Struggle Is Far From Over