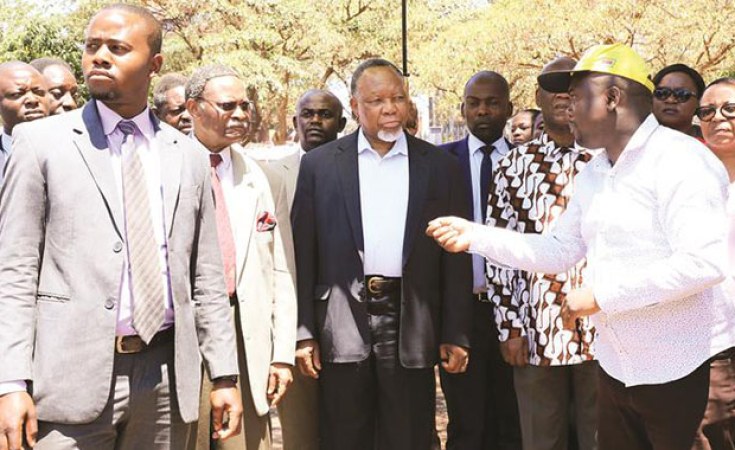 After Zimbabwe's August 2018 presidential election, I witnessed violent abuses on the streets of Harare, the capital, when uniformed soldiers indiscriminately fired live ammunition at people protesting delayed election results. In a Twitter post, President Emmerson Mnangagwa called for "an independent investigation into what occurred in Harare" and said "those responsible should be identified and brought to justice."

Mnangagwa later appointed the Motlanthe Commission of Inquiry, which found that six people died and 35 others were injured by state security forces. Yet three years later, Mnangagwa has not implemented the commission's recommendations, including holding to account members of the security forces responsible for abuses and compensating the families of those killed or who lost property.

Mnangagwa and other high-level government officials made numerous promises to deliver governance reforms to mark a departure from the abusive Robert Mugabe era, but has so far taken few concrete steps to improve people's lives, rein in corruption, or to demonstrate commitment to accountability, justice, and respect for the rule of law.

Since the 2018 post-election violence, the state security forces have continued to commit serious violations, including violent attacks, abductions, torture, and other abuses against the political opposition and civil society activists. Human Rights Watch investigations found that security forces used excessive and lethal force to crush nationwide protests in January 2019. Local groups reported that security forces fired live ammunition that killed 17 people, and uniformed soldiers raped at least 17 women during and after these protests. No security personnel have been arrested or prosecuted. In May 2020, the local rights group the Zimbabwe Peace Project found that the police and army topped the list of perpetrators of human rights violations in the country.

The Mnangagwa government should take meaningful action to demonstrate that it is serious about upholding human rights and the rule of law. It should ensure that security force personnel responsible for abuses - regardless of rank - are prosecuted in accordance with national and international law. Given the scale of security force abuses, the establishment of an independent complaint system - as provided for in Zimbabwe's Constitution - to receive and investigate public complaints against the security services, is long overdue. Once set up, the complaint system's findings should be promptly acted upon.