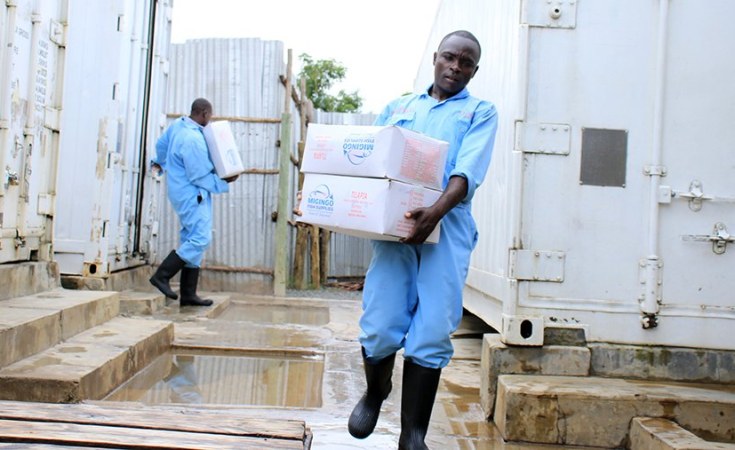 Fishermen in Taita Taveta have asked the government to invest in blue economy projects in the county so that they can benefit from the sector.

They said they felt the government is investing billions of shillings in the Indian Ocean coastline yet Taita Taveta has two trans-border lakes that have the potential to improve the region's economy through fishing.

More than 300 fishermen depend on lakes Jipe and Chala for their livelihoods. They feel that the government has neglected them.

Chala Beach Management Unit chairperson Julius Nyaki said if the two lakes are properly utilised, they would help improve their livelihoods and allow fishers to explore markets outside the county.

The catch is negligible, and they sell only to traders in Taveta sub-county.

Mr Nyaki told Nation.Africa that they have for decades lacked modern fishing gear and storage facilities.

They are also facing dwindling water levels and fish stocks in the lakes.

Most fishermen are not properly equipped for modern commercial fishing and rely on locally made wooden canoes.

Mr Nyaki said their canoes cannot go into deep waters. On a good day, he said, they earn up to Sh5,000.

"Some of us fish to earn a few shillings to sustain our families. We live from hand to mouth. We cannot leave fishing because we inherited it from our fathers," he said.

He said his unit has about 20 fishermen but due to lack of facilities some of them rely on leased canoes.

"That is why we are asking for a share of benefits from the government because fishing can create jobs and increase revenue not only in this county but in the region as well," he said.

"Some fish species have already gone extinct. The government must come out and rescue this lake," he said.

Taita Taveta Agriculture executive Davis Mwangoma concurred that fishing is a key part of the blue economy that needs to be fully exploited to benefit residents.

He said fishing has remained under-exploited in the county.

The national government, he said, should extend the blue economy projects to the county in terms of capacity building, equipping fishermen with modern gear, helping in creating markets and investment in hatcheries.

"We need to stock our own fingerlings. There is much that can be done to improve fishing," he said.

Recent research at Lake Chala by the county government and the Kenya Marine and Fisheries Research Institute revealed that the trans-border lake has the potential to produce over 600 tonnes of fish annually.

"That is why we need support from the national government to fully exploit this potential," he said.

Dwindling water levels in Lake Jipe have hurt fishing, threatening the livelihoods of over 200 fishermen.

The county government is desilting the lake's tributaries to increase its water levels.

Reviving the lake, Mr Mwangoma said, needs all stakeholders to come on board, including officials and communities across the border in Tanzania.

"The cross-border issue should be handled by the national government. We also need support from the National Irrigation Board," he said.

In its 2019-2022 strategic plan, the Kenya Maritime Authority had identified fishing as a major sector to drive the realisation of the blue economy's immense potential.

The four-year plan says the fishing sector has a potential to create over 12,000 employment opportunities and contribute between Sh15 billion and Sh20 billion to the gross domestic product annually.