Zimbabwe: Inflation Heads South - Is It Time to Celebrate? 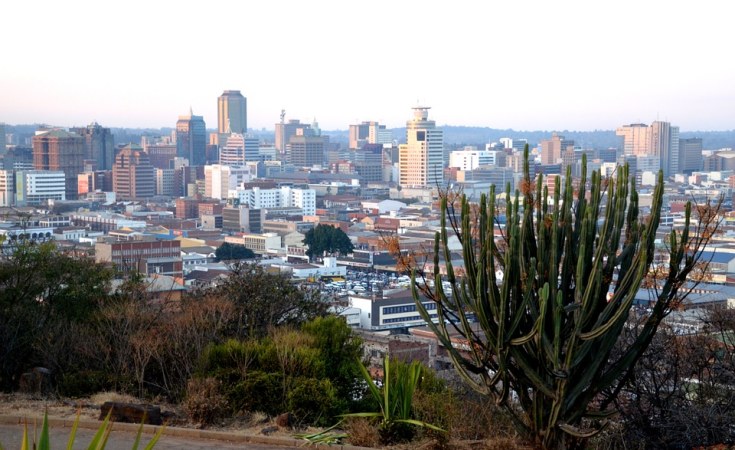 It is September 1942, a brutal and defining war is raging in vicious hand to hand battles in the ruined city of Stalingrad (Volgograd), on the banks of the Volga, between nations Germany and Russia. But the German sixth army under General Frederick Paulus, is clearly in the ascendant and by September, had gained control of 90 percent of the city and conducting mopping operations to clean up the stubborn resistance from General Chuikov 62nd Russian army, desperately fighting on the banks of the Volga.

For the German sixth army, and their commander, it was time to celebrate and prepare for victory parades; or was it? History and the turn of tide would be kinder to the Russian army -- they would encircle the sixth army, and thereafter march all the way from Stalingrad, to Kursk, Kiev, Warsaw and all the way to Berlin in 1945.

So much for the historical prelude, perhaps a dream also that history would be kinder to us, as we march onwards towards macroeconomic and price stability.

For those of us, who yearn for stability -- low and stable inflation, the news of annual headline inflation sharp deceleration from 106,3 percent to 56,2 percent, though anticipated, is very good news. Indeed, we may even dare to beat drums of victory already.

But we know, in all battles, from the fall of Jerusalem to the Romans in AD70 to Stalingrad, to Dien Bien Phu and every other battle -- the war is not won until all vestiges of resistance are cleared and the enemy sues for peace.

The enemy suing for peace, in macroeconomic policy parlance, is equivalent to collapse of all inflation expectations, as a result of sustained policy implementation.

To answer the question of whether it is time to celebrate yet, we must answer the question, have we effectively collapsed inflation expectations, because that will mark the irrevocable path deceleration of inflation to single digit levels, which is the ultimate objective. More about this later.

First, authorities must be commended, both Ministry of Finance and Economic Development and Reserve Bank of Zimbabwe for sustaining disinflation policies over the past year that has seen headline inflation decelerating from a peak of 834,01 percent in July last year to 56,2 percent this month.

Though in part reflecting year on year base effects, inflation is indeed trending south. It is also the first time, headline inflation is in double digit levels, since June 2019, when the annual inflation rate surged to 175,8 percent. The inflation rate is at the level last witnessed in January 2019 and this is good news for consumers and the economy.

If the disinflation policies are sustained, the pathway remains for further disinflation with the headline inflation likely to be likely within 35-40 percent by December 2021, assuming no further shocks.

That would create a very solid platform for sustained inflation decline to within 15 -- 18 percent by December 2022 and single digit by June 2023.

It is understandable and at times easy to be overly optimistic following a definite path dependent decline and to think that we are on the verge of single digit inflation on already.

I counsel for both caution and patience -- this journey is a little longer than we think -- there is limited if any chance of achieving single digit inflation, even next year -- disinflation can be intractable -- but if that happens, it will be a welcome miracle and I would be the first to rejoice with authorities.

Even Sages, often miss the mark, less so mere mortals like us whose lenses may have dimmed due to hardships.

Rabi Akiva, the great Jewish rabbi of the early second century, badly missed the mark when he thought the revolutionary zealot Shimon Bar Kochba, leading an initially successful campaign against the mighty Romans, was the Jewish Messiah, Israel had been waiting for, of course with far reaching consequences for him and his country.

We are in a good space.

The path to disinflation is before us but the risks are still significantly high -- piled high with risks. The major threats remain the same -- a vitiating and sharply escalating parallel market, as driven mainly by the FX auction dysfunction, a pseudo fixed exchange rate and new money injection.

At some point, not far from now, it will be the parallel market that will determine pricing in the economy with damaging implications for price stability.

The point of inflection is sooner, and not later. The most consequential aspect of this is also that the longer we hold on to an overvalued exchange rate, the larger will be the adjustment, but not without substantial costs to the economy.

The exchange rate is overvalued and this is not sustainable -- we have been here before. In the short run, money (not macro fundamentals), is the only significant variable, as far as the determination of the exchange rate, particularly in a high inflation environment. Since November last year, reserve money increased from $15,2 billion to $24 billion -- a staggering 57,9 percent increase in six months.

Other countries in the region with low and stable inflation -- Botswana, Tanzania, Kenya, Uganda, South Africa, among others, rarely allow high powered money in excess of 10 percent per year.

For this reason, recurrently high and volatile inflation for small open economies, (as well as hyperinflation episodes), is always a monetary phenomenon working through multiple transmission processes collectively known as the monetary transmission mechanism.

In the main, it is a reflection of too much money in the economy -- leading to a build-up of inflation expectations, uncertainty, pressure on the exchange rate and ultimately front loading repricing in the economy.

Too often, we are tempted to believe that, if we print for production, this should good, because production and output increase to offset the initial growth in money. But this is only true for economies which have no history of high inflation episodes.

However, where a country has had experiences of even mild inflation episodes, front loaded expectations limit the benefits of any such initiatives substantially.

Our economy many has complex unknowns, but what is clear and beyond equivocation is that, in the current environment, as dominated by swirling inflation expectations, the exchange rate responds disproportionately -- more than 1 for 1 to any new money injection, leading to exchange rate depreciation and further pressure on prices. And where is this coming from -- self propelling clouds of inflation expectations, ever rising since January 2019.

Back to my initial question -- the annual inflation rate is headed south, is it time to celebrate? Unambiguously; Yes -- it is a significant milestone. But just yet to keep in mind, that the road to Jerusalem and the promised land -- is long, treacherous and no less difficult. The key is for authorities to stay the course, revamp the FX auction (now clearly FX auction rationing) and tighten further monetary policy. Will authorities stay the course? Time will tell.

Joseph Mverecha is an economist with a local bank. He writes in his personal capacity.