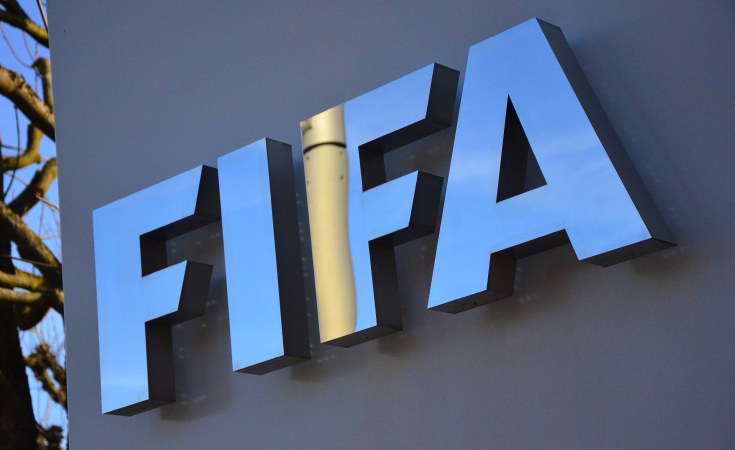 Siasia, a former Nigeria international, is seeking compensation for the 'damage' done to his reputation

According to court papers exclusively obtained by PREMIUM TIMES, Siasia has filed a case against FIFA at the United States District Court for the Southern District of New York.

The former Nigeria international is, among other things, seeking compensation for the 'damage' done to his reputation by FIFA with their investigation of an alleged bribery case against him.

"Here, Fédération Internationale de Football Association ("FIFA"), the worldwide governing body of soccer, exercised governmental function when FIFA investigated and adjudicated a charge of bribery, a crime, against Samson Siasia ("Siasia"), a United States citizen, which function has traditionally been exclusively the domain of the Federal Bureau of Investigation (FBI) and the United States Department of Justice, (USDOJ) and the Judicial branch of government or the State government.

"After finding Siasia guilty, FIFA then imposed a fine of 50,000 Swiss Francs and lifetime ban from using his professional coaching license that was issued by the U.S. Soccer Federation. As a result, defendant is in violation of 42 U.S.C. § 1983 of the Civil Rights Act, ("Section 1983") among others, for depriving plaintiff of his constitutional rights under color of state law," a part of the case filed read.

Siasia, who was initially banned for life, has seen his punishment reduced to a five-year ban and his initial 50,000 Swiss Francs fine totally reversed.

While the Court of Arbitration for Sports (CAS) ruled that Siasia did not receive any bribe and did not fix any match, the court said he erred by not reporting the matter when he was asked to fix matches by a club official at a club he sought to coach.

Apart from the compensation being sought by Siasia, he is also seeking a global retraction of the guilty verdict of accepting the bribe that FIFA placed on him.

The former Super Eagles player also wants an annulment of the lifetime ban or any ban on his Coaching License.

Siasia, who had at different times handled various Nigeria national teams, was approached by a match-fixer, Wilson Perumal, in 2010, while seeking a job with an Australian club.

In the correspondence of emails between Perumal and Siasia sighted by PREMIUM TIMES, the Nigerian coach was keen to get the job despite the clauses being pushed by the match-fixer.

"You have a reputation as a silver medallist coach in Beijing Olympics. I wish to be transparent with you in this matter. I am going to take over a club. I want to engage you as the head coach. It is an Australia 'A' league team.

"You know my nature of business. I will personally bring in 5 Players and dictate the show. You will do your coaching job and play along. I will not drag you into what I am doing. My players will take instructions from me. You will have just close one eye and do your coaching job. There is no relegation in this league. No one can fire you. What amount will u be asking for as salary," Perumal said in one of his emails to Siasia.

Siasia sought to know the monetary terms attached even though he was also cautious in his approach.

"Am I going to pay taxes on this amount if agreed and what about signing on fees, accommodation, and car," Siasia asked.

"Also need to know about flight tickets for me and family. I will be waiting for your soonest response because I have other offers am looking at," Siasia added in one of the correspondences.