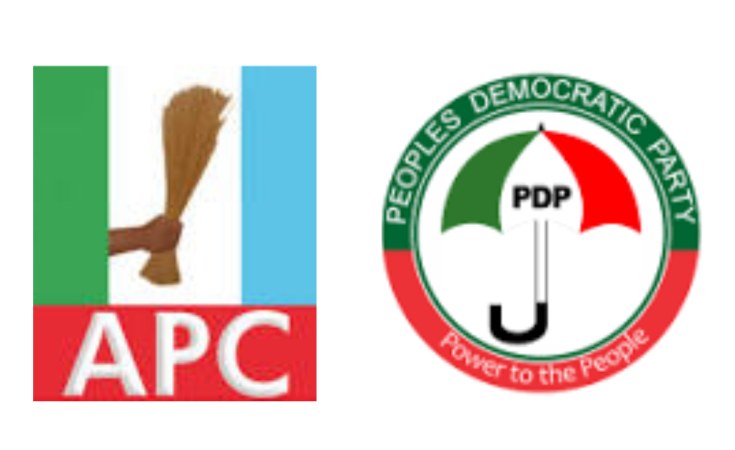 For the two main political parties in the country - the ruling All Progressives Congress (APC) and the opposition Peoples Democratic Party (PDP) - the road to 2023 appears inauspicious. Both parties are not only bogged down by leadership crises, but they are also plagued by seemingly intractable survival battles. Strangely, since the APC was coupled together on February 6 , 2013, by the different tendencies that came together, it has never been able to form a Board of Trustees.

The ruling party is today facing stringent legal complications, which have thrown its leadership into confusion since last weekend, after a Supreme Court judgement in the Ondo State governorship election sounded the alarm. PDP, too, is not only contending with a crisis of confidence but it is also desperately afflicted by a spree of defections by governors, and lawmakers elected on its platform, which has been compounded by yesterday's resignations of top ranking party officials.

The reality of the delicate state of things in APC did not dawn on majority of members until the Supreme Court judgement in the Ondo State governorship election petition. The judgement suggested that the party would have lost the state to PDP had the opposition party's governorship candidate, Eyitayo Jegede, joined APC's National Caretaker Committee Chairman and Governor of Yobe State, Mai Mala Buni, in the suit. .

The technicality of the case had split the seven-man Supreme Court panel to a four-three majority decision, with the minority judgement led by Justice Mary Odili, arguing that the apex court should have sacked Governor Rotimi Akeredolu since Buni acted on behalf of the party. But the majority judgement delivered by Justice Emmanuel Agim contended that since all the issues revolved around Buni, he should have been joined for the argument to be valid.

The crux of the debate followed the position held by some members of the party that as governor of Yobe State, an executive position, Buni could not at the same time act as the APC chairman, another executive office. They alleged that Buni contravened both Section 183 of the 1999 Constitution and Article 17 (iv) of the APC constitution.

But Buni and a few other like-minded party faithful disagreed and despite a plea by majority of party members to suspend last weekend's congresses for fear of the unknown, the Caretaker Committee went ahead with the exercise.

THISDAY had reported earlier this week that the vice president, Professor Yemi Osinbajo, acting on the instruction of President Muhammadu Buhari, had made desperate moves, after a meeting of all lawyers in the cabinet, to call off the congresses. This was for the fear that the hint from the Supreme Court judgement in Ondo State could come back to haunt the party.

But from all indications, reason is believed to have started prevailing, as governors elected on the platform of APC and other stakeholders are now considering the way forward. Their options are believed to include the possibility of cancelling the congresses to save the party from a myriad of potential future legal challenges.

To this end, a chieftain of APC, Okosisi Ngwu, has dragged the Buni-led caretaker committee before a High Court in Abuja seeking a nullification of the congresses. The plaintiff is also asking the court to declare the congresses held under Buni as illegal, flowing from the Supreme Court judgement that questioned the validity of the Buni-led Caretaker Committee.

The suit marked FCT/HC/CV/1824/2021 and dated August 2, 2021, listed the APC and all members of the caretaker committee as defendants.

In the originating summons filed by his counsel, Chief Oba Maduabuchi (SAN), Ngwu is further asking the court to dissolve the committee, as there was no organ of the party or any such organisation in the party's constitution as Caretaker/Extraordinary Convention Planning Committee (CECPC).

He equally sought a declaration that pursuant to Section 87(4)(b)(1) of the Electoral Act (as amended), only the National Executive Committee of a political party could validly appoint a date for the holding of primaries for the nomination of the governorship or other candidates of the political party.

Ngwu, who hinted that he had wanted to contest the position of the National Chairman of the party in 2018, urged the court to grant an order setting aside all actions and decisions taken by members of CECPC of the party.

APC is, apparently, yet to agree on a strategy to approach the quagmire it has found itself in. But what the majority of members feel the party can minimise its losses by, first, cancelling the congresses and, then, fathoming a way out of the legal ditch it has found itself.

In PDP, the last few months have been palpably discomforting, with the party losing about three governors and several state and federal lawmakers to different reasons, including not being able to tag along anymore with the PDP leadership.

Leading the defection train was the governor of Ebonyi State, Dave Umahi, followed by Cross River State Governor Ben Ayade, and, most recently, Zamfara State Governor Bello Matawalle, whose defection had also raised some constitutional concerns following the manner of his emergence as governor.

Matawalle had emerged governor after the 2019 general election, sequel to a Supreme Court judgement that disqualified all APC candidates across the board over allegedly flawed primary elections. Although PDP is still in court challenging Matawalle's defection and asking the Supreme Court to sack him, a fresh crisis has erupted in the party, with the National Youth Leader, Sunday Udey-Okoye, berating the National Chairman of the party, Uche Secondus.

This was soon taken a notch up as seven officials of the party tendered their letters of resignation yesterday over allegations of marginalisation by the party leadership.

But Secondus has described what the youth leader said as the price of leadership, wondering why he did not realise that the deputies that resigned were not given any official duties in the last three years or since the inception of the party.

Other members of the NWC, it was gathered, equally berated the national youth leader, alleging that he is being economical with the truth. One of the NWC members, who spoke to THISDAY on condition of anonymity, stated, "Ask the deputies that resigned, they knew before they contested elections to become officials of the party; knew that they are not entitled to attend the NWC meeting, less invited.

"If they were not sponsored, why are they just waking up from their slumber? This is a constitutional issue. There is nothing we could do unless the constitution of the party is amended.

"This has been the case right from the formation of the party. They are being used."

The NWC member said, a National Executive Committee (NEC) meeting would soon be summoned to address the issues raised.

Secondus, in his response, claimed that the issue was not personal but the price of leadership. He alleged that the seven deputies that resigned were sponsored, as they were all aware of their status before being elected.

"The National Working Committee of our great party at its meeting today received the notice of the resignation from deputies, who are elected members of the National Executive Committee," Secondus confirmed.

"The internal conflict resolution mechanism of our party has also been immediately activated to put these issues behind us. We call on all the leaders, stakeholder and members of our great party to remain calm as we collectively resolve these issues."

But in an interview with newsmen, the youth leader blamed Secondus for the problems of the party.

The youth leader stated, "Mr. Uche Secondus, the national chairman of the party, is incompetent of managing the affairs of this party, he lacks managerial capacity to manage PDP. He had made sure that many departments of the party did not function as effectively as it ought to function. Mr. Chairman has nothing to offer to the party; only to come here and deceive us.

"There is a sharp division in our NWC right now, not only me, many more NWC members are more aggrieved than myself."

In a similar vein, National Organising Secretary of the PDP, Col. Austin Akobundu, confirmed the resignation of seven members of the NWC.

But the deputies have been agitating that they should be allowed to attend the main NWC meeting as the information reaching them after NWC was always secondary. The seven national officers of PDP, in their separate letters, addressed to National Secretary of the party, Senator Unaru Tsauri, on Tuesday, alleged being side-lined and unfairly treated by the National Chairman, Secondus.

One of the deputies that resigned, who pleaded anonymity, also berated the Secondus-led NWC for allegedly treating deputy national officers "as if we are nobodies."

Asked to clarify the statement, the officer said, "Since our election in 2017, we (deputy national officers) have only met with our chairman, Prince Uche Secondus, thrice. It is not as if he called us; on those three occasions, we sought audience with him.

"The most annoying part is that during Christmas and Sallah festivities, the NWC would visit our governors. They would collect money and other items but I can tell you that they don't share anything with the deputies. To him, we are just a necessary evil to be tolerated but never to be catered for.

"We all have our constituencies and our followers but from the way we are being treated, it appears they see us as nothing but appendages forced on them by the party's constitution."

As at press time, the Secondus-led NWC was meeting and a statement expected from the meeting.

Meanwhile, the PDP Governors' Forum said it received with regrets and sadness the recent rumblings in the party. It called on all members of the party and stakeholders to remain calm in the face of the developments.

The PDP governors, in a statement by their chairman, Sokoto State Governor, Aminu Tambuwal, said, "We plead with all aggrieved persons and those with the interest of the PDP at heart to keep their gun powder dry, as efforts are being made in consultation with members of the PDP Board of Trustees and other stakeholders to resolve all contending issues.

"To this end, the PDP Governors' Forum has scheduled an emergency meeting to discuss the affairs of the party and the way forward. The PDP, as the only remaining hope of the nation for good governance, must show an example to Nigerians and also take advantage of the current disarray in the APC and its rudderless government."