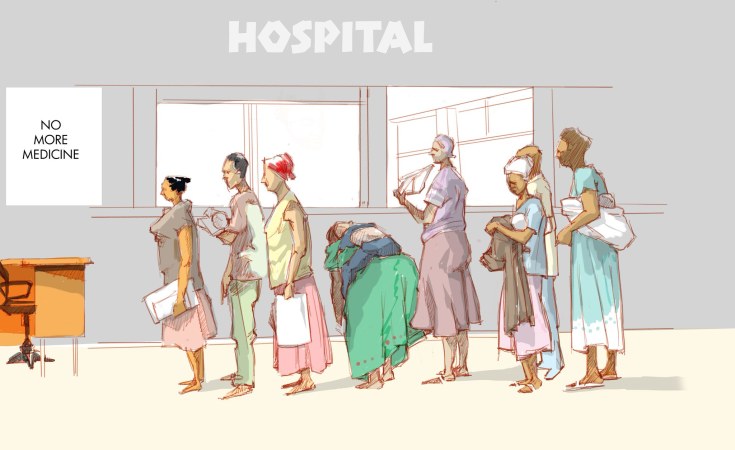 The United Nations International Children's Emergency Fund (UNICEF) has said about 122 million Nigerians currently face the risk of being infected by one form of prevalent tropical disease or the other. The agency lamented that the country faced possible reversal of the fragile gain made in rescuing the populace from the health crisis if nothing was done to improve the funding of intervention programmes targeted at tackling the problem.

UNICEF said the focus of its intervention was to break or reduce transmission of neglected tropical diseases (NTDs) through mass drug administration and environmental control. It urged governments at all levels and the private sector to provide needed funds to address the challenge posed by NTDs.

Speaking at a media dialogue session on the problem of NTDs held in Port Harcourt, yesterday, UNICEF representative and WASH Specialist, Bioye Ogunjobi, said the agency was currently implementing support programmes to eliminate NTDs in 12 states of Nigeria.

Ogunjobi explained, "Nigeria wants to control, eliminate and eradicate NTDs through reduction of morbidity and mortality rates to the barest minimum and wants to ensure break or reduction of transmission of NTDs through mass drug administration and environmental control.

"It is estimated that 122 million persons (two out of every three) Nigerians are at risk of one or more of these NTDs. Out of these numbers, 20 per cent are pre-school age children, 28 per cent school age children (5-14years), and t2 per cent (15 years and above) are adults."

Ogunjobi said the United States government was supporting the agency's intervention on NTDs with 500 million tablets of Ivamentine drug.

NTDs are a group of preventable and treatable diseases that could be caused by viruses, bacteria, and protozoa that affect 1.5 billion people, 40 per cent of whom live in Africa.

The diseases cause end-organ damages due to chronic infections and it has significant impact on maternal, new-born and child health, poor health among women from anaemia to STH infections.

According to Ogunjobi, the disease affects the poorest, most vulnerable people who live in hard to reach parts of Africa.

He stated, "They disfigure, disable, keep children out of school and parents out of work, limiting their potential and leave communities stuck in poverty. It is estimated that 122 million persons (i.e two out of every three Nigerians) are at risk of one or more of these NTDs.

National Coordinator of NTDs in the country, Dr. Nsebong Akpan, lamented what he described as epileptic funding situation that dragged the efforts to meet various targets set in dealing with identified tropical diseases in the country. Akpan said government had been intervening in various ways to tackle NTDs.

He said most often funds appropriated for the NTDs don't get released 100 per cent to enable the desk officers to implement the programme. For instance, he said, out of a budget of N200 million, only N40 million (20 per cent) usually got released for the programme.

On what could be done to ameliorate the situation, he said there should be collaborative effort between government, the private sector and corporate organisations to address the challenges posed by preponderance of tropical diseases in the country.

He said the Ministries of Health, Agriculture, Environment and Water Resources should work in synergy to find a way to tackle the diseases.

Akpan said as part of measures to maximise the utilisation of support by donor agencies, the federal government was engaging the states to ensure effective implementation of intervention programmes aimed at eradicating the diseases.

He said government was taking the issue of theft or pilfering of donated drugs seriously, adding that henceforth states and programme officers are to account for drugs allocated to them to administer to the people.

According to Akpan, NTDs have serious economic effect on the people, as it limits the activities of the sick ones and also imposes more economic problem on the poor.

Various desk officers of Neglected Tropical Diseases intervention programme from the Federal Ministry of Health, who made presentations at the media dialogue session, identified poor funding as the major hindrance to the programme.

While speaking on challenges in efforts to address the five common NTDs, like Lymphatic Filariasis, Onchocerciasis (River blindness), Deputy Director and Programme Manager, National Schistosomiasis Elimination programme, Dr. Obiageli Nebe, said the programme had not received funding from the federal government in the last three years.