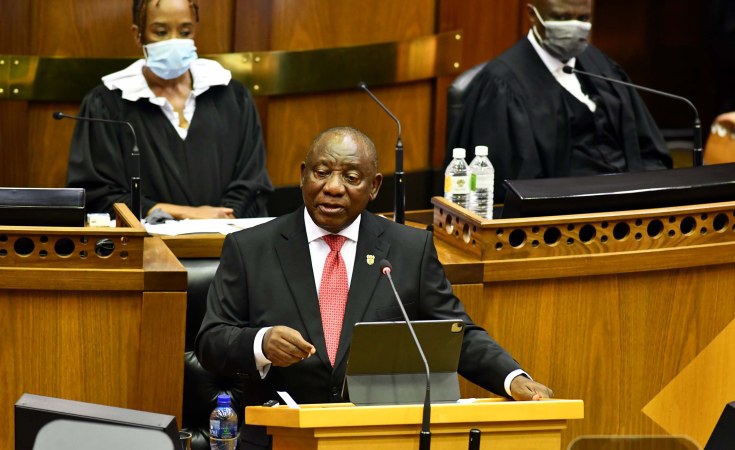 South African President Cyril Ramaphosa is expected to testify against his former boss Jacob Zuma when he returns to the Judicial Commission of Inquiry into Allegations of State Capture on August 11 and 12.

Mr Ramaphosa will give evidence relating to his time as the county's Deputy President.

According to a statement by the commission, the President will also testify in his capacity as the current leader of the ruling African National Congress (ANC) and on matters relating to his tenure as the party's second in command under Zuma.

Zuma's tenure as President led to the establishment of the commission of inquiry into alleged corruption and fraud in the public sector.

An estimated $84 billion in public funds is believed to have been extracted from South Africa by key patronage networks between 2011 and 2017.

But the former President has refused to appear before the commission headed by Deputy Chief Justice Raymond Zondo, leading to his 15-month imprisonment for contempt of court.

In contrast, this will be the second time for Mr Ramaphosa to appear before the commission after being questioned in April.

In his last appearance, Mr Ramaphosa did not mince words, taking aim at members of his own party whom he said were involved in state capture and corruption for a number of years.

He said that when he returns to the commission, he will give an update on efforts taken in dealing with state capture, to "dismantle the network that made it possible".

Coincidentally, his remarks to break the alleged syndicates of state capture were followed by the jailing of Zuma in what has been regarded as an unprecedented move.

There has also been progress in efforts to extradite Gupta brothers Ajay, Atul and Rajesh, who are seen as having been key players in the alleged corruption during Zuma's presidency.

In June, South Africa finalised an extradition treaty with the United Arab Emirates, which came into effect on July 10.

The Guptas face trial for fraud and money laundering in South Africa and are regarded as fugitives after fleeing the country when asked to hand themselves over to authorities.

In July, the National Prosecuting Authority said Interpol is considering issuing red notices for the Gupta brothers, who are suspected to be hiding in the UAE, Uzbekistan or their native India.

They are alleged to have wielded unlimited influence on cabinet selection as well as appointments to boards of state-owned enterprises.

They have denied ever having a corrupt relationship with Zuma.