Zambia: Amid Economic Collapse, Zambians Head to the Polls 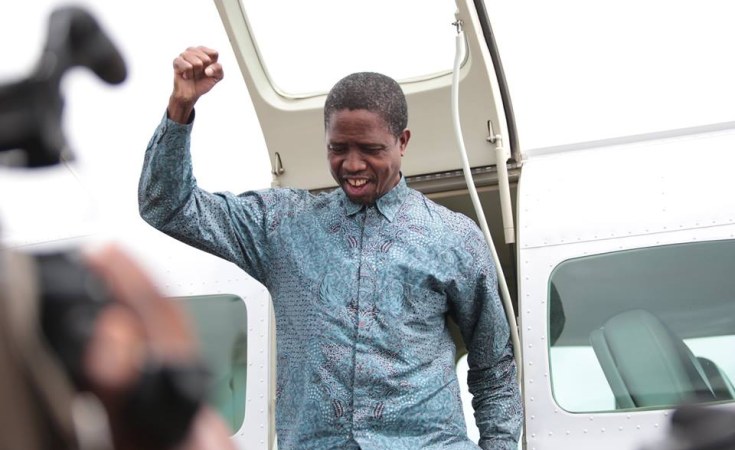 Zambians head to the polls on 12 August amid mounting economic challenges, reports of election-related political violence and COVID-19. The country is reeling from colossal debt, corruption, runaway inflation and a weakening currency. Compounding matters is the government's spending indiscipline and tight squeeze on the social development budget, which is concerning in the face of a deadly pandemic.

Civil and political liberties such as access to information and freedom of assembly and association are threatened as the ruling party tries to limit the opposition's political space ahead of the election. As the polls draw closer, President Edgar Lungu has deployed Zambia's defence force onto the streets after incidents of violence in Lusaka and across the country left two people dead.

Nineteen candidates are vying for the presidency, but the real contest is between the incumbent Lungu and his long-time arch-rival, billionaire Hakainde Hichilema. This is the sixth time that Hichilema has contested the poll. Lungu seeks a full second term after the courts cleared him to run. He faces a mammoth challenge as Zambians have seemingly lost confidence in the leadership of his ruling Patriotic Front (PF).

Hichilema has lost narrowly in previous polls, with the vote split along regional lines. Analysts contend that the culture of voting along tribal and regional divides persists, with voters paying less attention to political parties' policies and manifestos.

A recent Afrobarometer survey revealed that only 23% of the population considered voting for the PF. Hichilema's United Party for National Development (UPND) fared no better, with only 25% of respondents saying they would vote for the party. Zambians have little confidence in the contestants' ability to resolve the country's growing economic crisis. This means that voter apathy and a low turnout will likely prevail on election day.

Violent clashes that have erupted in the past few months could also taint the electoral process. In June, the electoral body suspended campaigns in three districts, including the capital Lusaka because of fighting between the UNDP and PF supporters.

The deployment of the army just before the polls has been seen as a last-ditch attempt to intimidate the opposition. It is however, rather late in the game to have a defining impact on the result.

Since he took charge, Lungu's administration has been accused of gross economic mismanagement bordering on incompetence. The government is blamed for the ballooning debt, which tripled under the PF's watch, reaching a cumulative US$19 billion in 2021. The country's resources and its future are now mortgaged to international creditors.

Zambia has performed well in terms of foreign direct investment and increased productivity in its mining sector compared to its regional neighbours. However, this hasn't translated into tangible economic gains for the population, who face lower earnings and rising food prices. Food inflation stands at over 30% - the highest in nearly two decades.

So the economy will be central to this election. While the ruling party promises wide-ranging economic and political reforms, Lungu's track record after two terms doesn't inspire confidence. He's accused of putting political expediency ahead of the economy as he delays implementing measures to rein in government spending.

In 2020 Zambia defaulted on its debt repayment obligations due to economic mismanagement, a widening balance of payment deficit, poorly structured loans and the budgetary squeeze brought on by COVID-19. As a result, global rating agencies such as Fitch and S&P have Zambia perilously close to junk status - a C rating.

The country has since approached its creditors seeking reprieve as it fails to meet its debt servicing obligations. The government argues that COVID-19-related public health expenses and economic slowdown due to restrictive measures have affected its revenues and ability to service its debt. In recent months the country has seen spikes in COVID-19 cases, reporting nearly 3 000 cases in one day.

While the mining sector has performed well against increased demand for copper, the administration seems to have failed to tap into this boom. Instead, it has tried to increase its revenue by introducing a raft of taxes in the mining sector. As a result, Zambia now has one of the highest mining taxes in the world.

The new tax regime not only threatens the viability of mines but risks the jobs of thousands of Zambian mineworkers. Lungu's administration is also threatening the viability and appeal of investors by making moves to take over mines. The government is currently locked in battle with foreign multinational corporation Konkola over its attempts to 'nationalise' its mines. If that weren't enough, the tiff between the government and one of its largest mining investors, Glencore, continues to the detriment of the sector.

These ill-advised decisions damage the country's reputation as a preferred investment destination, strangle the flow of much-needed revenue and add to job and livelihood losses, consigning more Zambians to poverty.

On 12 August, Zambians will need to choose between two bitter political rivals, or they may decide not to vote at all. The economy is the number one electoral issue, and yet in the past Zambians have voted along regional lines rather than on the strength of real grievances. Those who will be watching the elections with a keen interest are the international community and investors, as they assess the likelihood that the country will pay its creditors.

Previous Story
Zambians Go to Elections Amid Turmoil. What's At Stake
Next Story
Warning Signs Appear Ahead of Zambian Elections

Zambians Go to Elections Amid Turmoil. What's At Stake