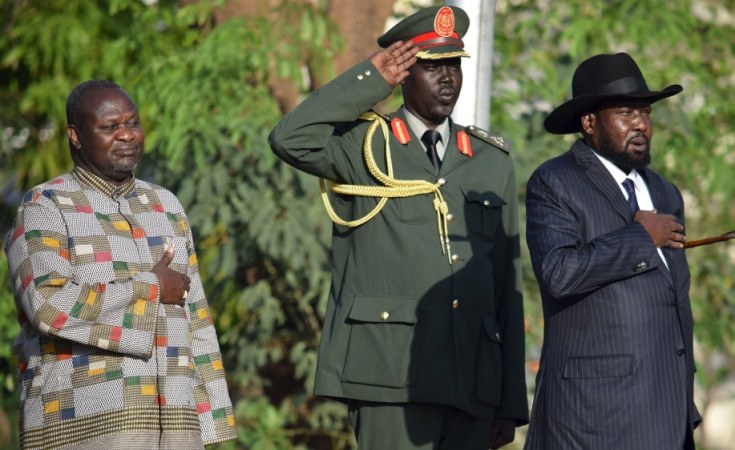 Allies of South Sudan's First Vice President Riek Machar have dismissed an announcement of his ouster as SPLM-IO leader.

A group of senior generals in the Sudan People's Liberation Movement-In Opposition (SPLM-IO) on Wednesday announced they had dismissed Dr Machar as commander of the group, accusing him of reneging on the movement's vision.

But James Oryema, a senior official in the SPLM-IO and allied to Dr Machar, termed the move as "extreme", and which could ruin the peace dividends by splintering the group.

"It will have no effect [on the structure of the government of national unity," he said referring to the position of Dr Machar as First Vice President, in a unity government created last year to end the war between his group, other factions and the government of President Salva Kiir.

"The military command leadership has assigned 1st Lt-Gen Simon Gatwech as the interim chairman and commander in chief of the movement -immediately he will be the First Vice President.

"He [Dr Riek Machar] no longer represents the interest of the wider population in South Sudan - as he has become a part of the national government, compromising fundamental issues, hence his views are not helping the movement [SPLM/A-IO]," said the group spokesperson Brigadier General William Gatjiath Deng.

The generals had held a three-day meeting at Meganis at the border with Sudan and also agreed for the dissolution of SPLM-IO Political Bureau and the National Liberation Council.

It was unclear whether, under the structures of SPLM-IO, the decision could hold and ensure Machar's ouster.

Puok Both Buluang, the acting Spokesman of the SPLM-IO, did not immediately respond to our request for comment.

The SPLM -IO, itself a splinter group from the ruling party SPLM, also split in 2016. After Riek Machar fled Juba for his life, President Salva Kiir appointed Taban Deng Gai as his replacement, fuelling divisions in the opposition group.

Gai would later move out of the SPLM-IO with his faction. And when the government of national unity was created, Gai remained among the five Vice Presidents in the administration led by Kiir.

The SPLM-IO generals who announced Machar's ouster Wednesday accused him of nepotism, dictatorship, loss of vision, and abandoning SPLA-IO soldiers at the cantonment sites and training centres. SPLA-IO is the military force of SPLM-IO.