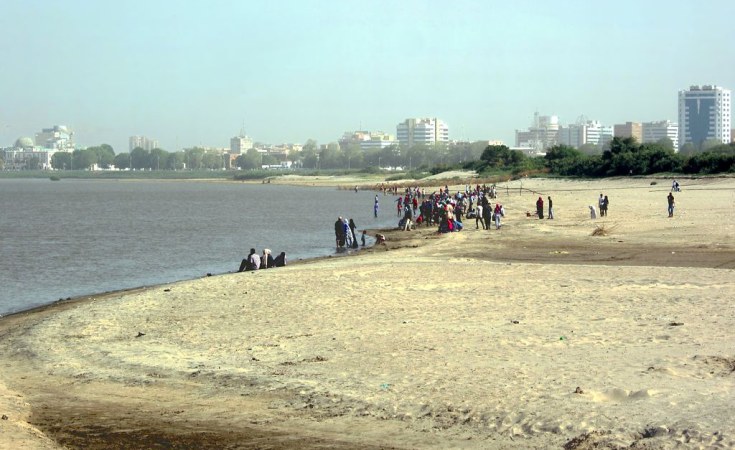 Khartoum / Nile Valley — Sudan's floods committee has urged the public as well as commercial and other sectors to take precautionary measures as the level of the Nile exceeds the official flood mark by 24 centimetres. The committee statement says it anticipates increases in the Sennar-Khartoum and Khartoum-Atbara sectors at a rate of 10 centimetres.

In its report today via the official Sudan News Agency (SUNA), the committee says that the volume of water flow of the Blue Nile recorded at El Daim station on the Sudan-Ethiopia borders is currently at 742 million cubic meters, while that of the Atbara river, a tributary that joins the main stream of the Nile 275 kilometres north and downstream from Khartoum, registered 200 million cubic meters.

The committee statement says it anticipates a drop in the water level at the Roseires-Sennar sector at the rate of four centimetres and increases in the Sennar-Khartoum and Khartoum-Atbara sectors at a rate of 10 centimetres.

The Nile water levels in the Atbara-Merowe and Merowe-Dongola sectors are expected to be stable.

An update published today by the UN Office for the Coordination of Humanitarian Affairs (OCHA) in Sudan points out that since the beginning of the rainy season, an estimated 12,000 people have been affected by the heavy rains and ﬂooding in eight out of 18 states. Over 800 homes have reportedly been destroyed and over 4,400 homes damaged. States affected include Gedaref, White Nile, South Darfur, West Darfur, North Kordofan, River Nile, South Kordofan and El Gezira.

As reported by Radio Dabanga this week, high water levels and floods have wreaked havoc in El Gezira, El Gedaref, and Sennar states, as heavy rains continue to swell rivers.

El Gezira has been particularly hard hit. The state government of El Gezira announced the deaths of two people on Sunday. More than 200 families have been affected, and three government facilities were destroyed as a result of recent heavy rains followed by flash floods in the state.