Liberia: Nation Must Fight Its Fake News Epidemic to Fight the Pandemic 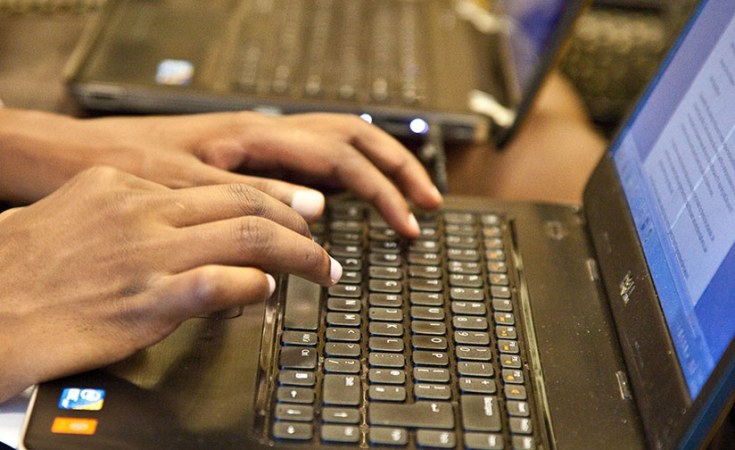 Covid conspiracy theories are rife in Liberia. To handle this and future crises, the government will have to tackle this problem from its roots.

In a startling Afrobarometer survey earlier this year, 66% of Liberians said they are "unlikely" to try to get vaccinated against COVID-19. An even higher 86% said they believe "prayer is more effective than a vaccine in preventing coronavirus infection".

Much of these attitudes are due to fake news or misinformation. These problems are not new to Liberia, but there is no doubt they have escalated recently. The increase in internet penetration and social media use - particularly among younger urban dwellers - has allowed false information to spread further and faster than ever before. Meanwhile, two major events in 2020 saw enormous fake news campaigns.

The first began when Liberia announced its first recorded case of COVID-19 on 16 March. Immediately, the conspiracy theories swirled. One was that the government had faked the case to solicit international aid. When a government official then caught the disease, it was alleged the individual was being willingly used as a pawn in a wider scheme. This early misinformation contributed to the fact that when the Liberian government imposed a lockdown in April, few people abided by the restrictions until the military violently enforced them.

The second event was the special senatorial elections in December 2020. With Liberian politics deeply polarised between a government that considers its opponents "enemies of the country" and an opposition that sees of the current administration as "kleptocratic and politically corrupt", these polls saw each side unleash their propaganda machinery. Political activists - some referred to as "cyber warriors" and "intellectual guerrillas" - created Facebook pages on which they maligned rival candidates by spreading spurious information about their personal lives. They also then published fake election results that put their candidates in the lead, confusing the public and undermining trust in the official results.

Liberian authorities, health workers and civil society organisations have faced a range of challenges in tackling the pandemic, including official corruption and vaccine hoarding by Western nations. But this epidemic of fake news, which has continued unabated in 2021, cannot be understated. When Liberia launched its COVID-19 vaccination programme this April, it was accompanied by another flurry of unfounded conspiracy theories. These made claims such as that the vaccine would cause infertility in women, kill men two years after being jabbed, or inject a magnetic sensor in those vaccinated. Others went as far as claiming the vaccine was sent to Africa to reduce the population.

Worryingly, this fake news has contributed to hesitancy around other vaccines too. Health authorities are reportedly now struggling to carry out routine vaccinations for children, with some parents wrongly suspecting that the government is delivering the COVID-19 vaccine under the guise of polio and measles inoculation.

Under these circumstances, Liberia will struggle to fight COVID-19 - and future crises - effectively. But curtailing the influence of fake news is easier said than done. Some local media organisations such as The Stage Media and Local Voices Liberia actively factcheck dubious claims to combat misinformation, but they are up against a tide of thousands of accounts spreading new false claims through social media and group chats every day. Global social media companies arguably have an obligation to tackle fake news on their platforms, but this is out of Liberia's control.

To truly tackle the problem now and in the long-term where it can, the Liberian government will need to address its roots. One of these is the long history of distrust between the people and administrations that over-promise and under-deliver. As a result of countless broken promises, many Liberians associate politicians with falsehoods and are open to believing those who accuse authorities of lying.

To overcome this deficit of trust in the short-term, the government will have to be much more transparent about its activities and decisions, and it will have to rely even more heavily on individuals and groups that already enjoy greater legitimacy among target communities. In previous crises and during this pandemic, Liberia has employed the support of local organisations and religious and traditional leaders to lead public information campaigns and interventions. These have often proven invaluable, though in an era of ever-more-ubiquitous fake news, the task is more daunting and will require greater support, access to information and resources.

To truly combat fake news in the long-term, however, Liberia will need to recognise the role of its high levels of illiteracy and poverty in the spread of misinformation. Fake news tends to thrive in environments where people have limited capacity to read and write, must rely on others for public information, and lack the resources to research and access credible sources. These conditions when added to a general trust in the internet as a reliable source of information - particularly when "google" or "Wikipedia" are cited - have given purveyors of fake news an huge advantage.

A meaningful and sustainable intervention therefore must include serious investments in public education and poverty reduction as well as attempts to rebuild trust in an accountable governing system. These promises are of course made during every election, but rarely have the dangers of under-resourced public services and mistrust in authorities been as clearly highlighted as in this fake news pandemic.

Research for this article was supported by the Centre for Democracy and Development (CDD West Africa). A longer and more nuanced version will be published later in the year by the CDD.