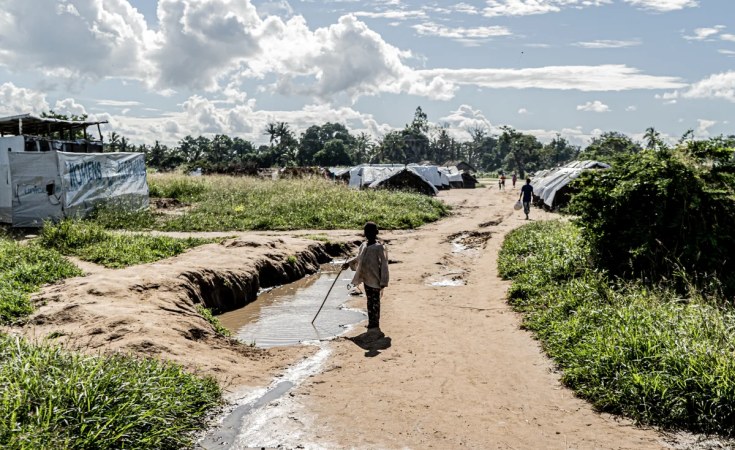 Bonomade Machude Omar, also known as Abu Sulayfa Muhammad and Ibn Omar, leads the Military and External Affairs Departments for ISIS-Mozambique and serves as the senior commander and lead coordinator for all attacks conducted by the group in northern Mozambique, as well as the lead facilitator and communications conduit for the group. During the March 2021 attack on Palma, Omar led one group of fighters while Abu Yasir Hassan, the leader of ISIS-Mozambique, led another group of fighters, and Omar also led the attack on the Amarula Hotel in Palma. Omar has been responsible for attacks in Cabo Delgado Province, Mozambique, and Mtwara Region, Tanzania.

Salem ouldBreihmatt, also known as Abu Hamza al-Shanqitiand Hamza al-Mauritani, is a JNIM senior leader and emir of Arbinda and Serma in the Mopti Region of Mali. He is also charged with the oversight of JNIM in Burkina Faso and is an explosives expert and instructor.

Ali Mohamed Rage, also known as Ali Dheere, is al-Shabaab's spokesman and a senior leader of the group. He replaced Sheikh Mukhtar Robowas al-Shabaab's top spokesman in May 2009. Rage has been involved in attack planning that has targeted areas in Kenya and Somalia.

AbdikadirMohamed Abdikadir, also known as Ikrima, is a facilitator and operational planner. As of November 2019, Abdikadirwas an al-Shabaab senior leader and served as the Head of Operations and Logistics. Abdikadir had also directed previous attack planning for al-Shabaab.

As a result of our actions today, among other consequences, all property and interests in property of these individuals must be blocked and reported to the Department of the Treasury's Office of Foreign Assets Control (OFAC). In addition, persons that engage in certain transactions with the persons designated today may themselves be exposed to designation. Furthermore, any foreign financial institution that knowingly facilitates a significant financial transaction or provides significant financial services for the persons designated today could be subject to U.S. correspondent account or payable-through account sanctions.

The United States is committed to disrupting the financing methods of ISIS-Mozambique, JNIM, and al-Shabaab -- all of which are designated Foreign Terrorist Organizations and SDGTs -- limiting their abilities to conduct further attacks against civilians and supporting our partners in efforts to disrupt terrorism finance. Addressing the terrorist threat across the continent will require working closely with our partners to degrade the capacity and operations of these terrorist groups, combatting their control and influence in West, East, and Southern Africa.