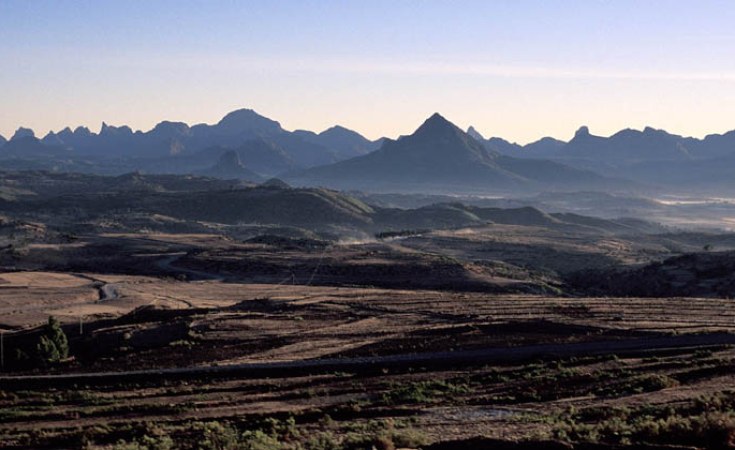 As part of a new report, Amnesty spoke to 63 survivors of rape and sexual violence from Tigray, in addition to health professionals working with the survivors. Among the survivors, 38 said the rapes were perpetrated by Eritrean soldiers.

"The victims were detained for more than 24 hours, and in some cases for weeks, while they were being raped by the soldiers," said Fisseha Tekle, an Amnesty International researcher for the Horn of Africa speaking to the Associated Press.

"We can see that soldiers were brutalizing the survivors, they were beating them, they were using demeaning words or ethnic slurs against the victims, which shows that sexual violence was used to dehumanize the Tigrayan women in the ongoing conflict."

A 20-year-old woman told Amnesty she was attacked in her home in November by armed men who spoke Amharic. She was four months pregnant.

A 21-year-old woman told Amnesty that Eritrean and Ethiopian soldiers abducted her and held her for 40 days along with a group of other women.

"We were around 30 women they took from Badme. All of us were raped. They kept us for one month and 10 days. Then they brought us back to Badme and they let us go," she said.

A 16-year-old girl said Ethiopian soldiers abducted her and took her to a compound in the Adebai, a town located close to the border with Sudan.

"They kept me for three days in that house and continued to rape me many times. Then, after three days, at night they let me go," she told Amnesty.

The report is a small snapshot of what is happening on the ground said Amnesty's Adotei Akwei, the managing director of government relations at Amnesty International USA.

"The ages of the women [are] as young as 10 and as old as 62," Akwei told VOA. "The use of racial slurs to basically identify them as Tigrayan women and also the deliberate multiple incidents of rape by many men, even when the women were pregnant."

At the time of publication of the report, Akwei said, the Ethiopian government had not issued a response, but there was a tweet in response from Eritrea's minister of information, Yemane Gebremeskel.

"The AI report is transparently unprofessional and it is evident that the AI makes no effort to get the facts right and cross-check the veracity of the allegations," Yemane said.

In February, the Ethiopian Women's Minister Filsan Abdullahi Ahmed said that a government-initiated task force in the Tigray region has "established rape has taken place conclusively and without a doubt," in a Twitter post. The attorney general has since been looking into the allegations, she added.

We have received the report back from our Taskforce team on the ground in the Tigray region, they have unfortunately established rape has taken place conclusively and without a doubt. #Ethiopia 1/6

Asked about the report by VOA on Wednesday, White House press secretary Jen Psaki said, "We're closely engaged with countries in the region, leaders in the region and certainly horrified by what we've seen as ongoing human rights abuses in Ethiopia."

The U.S. State Department has repeatedly called on all parties to the conflict to stop fighting and allow humanitarian and medical relief to get through to millions in Ethiopia who are suffering and facing famine.

Amnesty said the Ethiopian government needs to promptly and effectively investigate allegations of sexual violence and make clear to its security forces that such violations of international humanitarian law are prohibited. The group also called for the United Nations to send a team of experts on sexual violence in conflict to Tigray, and for the African Union to push for Ethiopia to allow its investigators to carry out a probe.