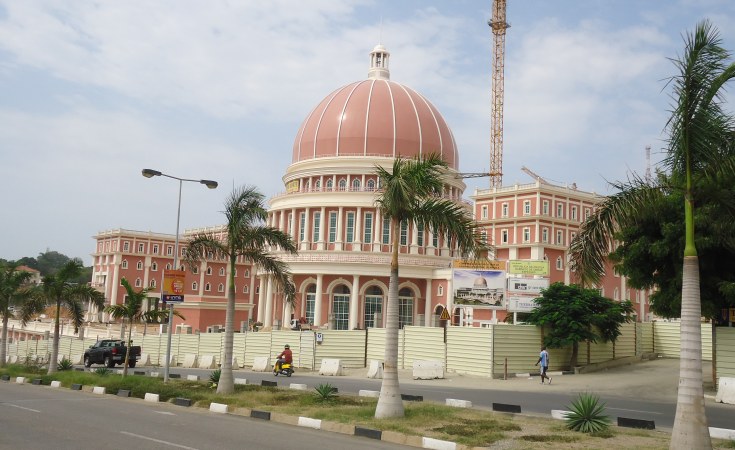 Angola's parliament recently approved a bill to review the country's constitution 11 years after its promulgation.

President João Lourenço used his constitutional prerogative to initiate a review process by sending a proposal for revision to parliament in early March. His justification was that the supreme law of the land needed to be adapted to the current challenges facing the country.

These included the COVID-19 pandemic, the need to clarify some issues in the Constitution and the need to prevent some of the excesses from the presidency of José Eduardo dos Santos, his predecessor.

The revision introduces notable changes to the constitution. These include the clarification of the institutional relationship between parliament and the executive branch when it comes to political oversight. The 2010 Constitution was not clear on this.

Other key change is the institutionalisation of the independence of the Angolan Central Bank. The amendments would turn the bank into an administratively independent entity with regulatory powers separated from the president and the administration. It also includes involving parliament in the process of appointing the governor.

Under the current constitution, the president appoints (and can dismiss) the governor. The Central Bank is also administratively part of government and receives orders from the president in discharging its responsibilities.

The changes also seek to resolve an ongoing bone of contention - how local government officials are selected. At present, the party that wins the general elections gets to appoint all the senior executive officials at national and sub-national levels (provincial, municipal and commune/district).

There have been efforts to change this in recent years. But the process has been delayed mainly by conflicting views between the governing People's Movement for the Liberation of Angola (MPLA), and opposition parties. The MPLA views the process - referred to locally as gradualism - in geographical terms. It envisages that local elections should start in selected municipalities and spread gradually to all municipalities. Opposition parties oppose this because it means that the ruling party will continue to appoint officials at all levels of governance for many years to come.

They argue that local elections should be implemented in all the 164 municipalities simultaneously. But that the transfer of responsibilities from the central government to local entities would take place as they get ready to take them up.

By and large, I think the changes being proposed are good. But I am of the view that the Angolan political elite lost an extraordinary opportunity to improve significantly the country's constitution. The Constitutional Revision Bill fails to address crucial and divisive political issues effectively.

The most contentious of these is the extensive powers of the president, the method for his election as well as the fact that it leaves intact the way that local government is formed.

The extensive powers of the president

Contemporary constitutionalism emphasises the doctrine of the separation of powers. This means that the three arms of the state (executive, legislative, and judicial) are kept separate, while having certain powers to check and balance the powers of the other branches so that no arm of the state dominates.

Angola's current political arrangement - as prescribed by the constitution - doesn't match up to this. A raft of these flaws aren't addressed in the amendments.

The Angolan constitution ascribes a wide range of executive powers to the president. It gives the position preeminence over the legislative and judicial arms of the state.

He can pass laws by decree, which means that he can bypass parliament in making them.

Additionally, the constitutional revision bill reaffirms a 2013 ruling by the Constitutional Court, which effectively prevents parliament from summoning ministers or other members of the administration without the president's consent.

This results in a system with minimal or meaningless executive accountability to parliament.

Despite these extensive powers, Angolans don't elect the president directly. This function is ultimately limited to the vagaries of party politics.

This is just one major flaw in Angola's electoral system which, as currently constructed, undermines voters' ability to elect political representatives effectively.

Firstly, it fuses executive and legislative elections, preventing voters from splitting their votes for the presidency and parliament. Secondly, it shields the top executive officer - the president - from the direct judgement of the voters.

Lastly, it bars independent candidates from standing for political office unless they are included in a party list that has been cleared to run in the elections.

Efforts to fix at least one element of what's wrong - the ability for Angolans to vote for their representatives at all levels of government - have run into the ground. Opposition parties, which hold roughly 38% (70 out of 220) seats in parliament, want to see elections held in all 164 municipalities simultaneously. They also want power and responsibilities to be progressively delegated from the central government. This would include taxation, policing and infrastructure spending.

The government, however, believes that not every municipality is ready to take up these and other responsibilities.

The repeal under the bill on this issue doesn't solve the imbroglio.

The president has rejected previous calls for constitutional revision from opposition parties and civil society. His announcement of a review, in early March, caught the country by surprise.

From this perspective, the president's decision can be seen as a shrewd political manoeuvre by getting changes within timelines that best suit him.

The first factor here is that the ruling MPLA currently has the necessary majority to approve any constitutional review alone. But that might not be the case after the general elections scheduled for 2022 when most expect the ruling party to lose its qualified majority, thereby losing its ability to approve the constitution alone.

This means even further delays in Angolans being able to craft a constitution capable of uniting them around a common project of society.