West Africa: More Than 50 Dead in Attacks On Mali Villages 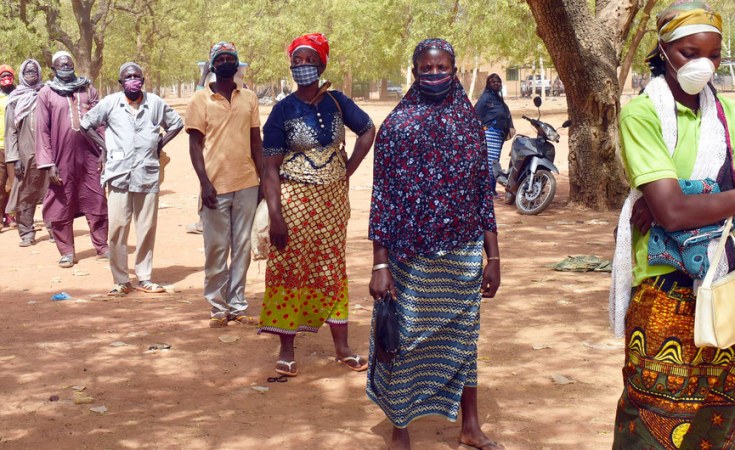 Bamako — Militants in Mali have massacred more than 50 villagers near the borders with Burkina Faso and Niger. The area has seen increasing violence from armed Islamists, and activists are calling on authorities to act.

The neighboring villages of Karou, Ouatagouna, and Daoutegeft are in an area near the borders with Niger and Burkina Faso that has seen increasing, often deadly, violence the past few years.

Almahady Cissé is coordinator of the collective Songhoy Chaawara Batoo, a group of organizations representing the Songhoy people, who make up most of the inhabitants of the Gao region, where the attacks occurred.

He says through a messaging application from Bamako, the assailants shot at everything that moved, including those leaving the mosques and those returning to the village from the fields.

Batoo has called on the Malian government and the international community to secure the area, and to disarm militants in a released statement.

"We can't understand how a locality like Karou, like Ouatagouna, he says, where the military camps are not even 18 kilometers away, that massacres are happening and there are not reinforcements, there are no prosecutions... we do not understand," he said.

Since a Tuareg rebellion and coup in 2012 Mali has seen both chronic political instability and increasing Islamist violence.

Through a messaging application from Dakar, Alioune Tine, an independent U.N. expert on human rights in Mali, said these Islamist groups are exploiting local mineral resources, mostly gold, and are able to finance themselves.

With funds, and control of the local area, which is largely inaccessible by the state, they gain credibility among the local population.

The same day of the attacks in the Gao region, suspected jihadists attacked Burkinabe troops near Mali's border.

Tine says the Sahel needs a regional strategy, focused on all of the affected countries in the Sahel and West Africa.

"The problem isn't just Mali," he says. "We can't just fix Mali with a national security response. We can't do this for Burkina Faso, nor Niger. What must be made is a regional strategy, with Africans that will cover the region, and who are supported - this is important - supported by the international community,"

VOA attempted to talk to Malian authorities for this story, but they did not make themselves available for comment.

Elections in Mali are scheduled for February 2022.

Tine says the insecurity in Mali's center and north remains the top priority for the transitional government.