Ethiopia: News Analysis - Amhara Region Says It Is Engaged Militarily On Multiple Fronts Against the TPLF 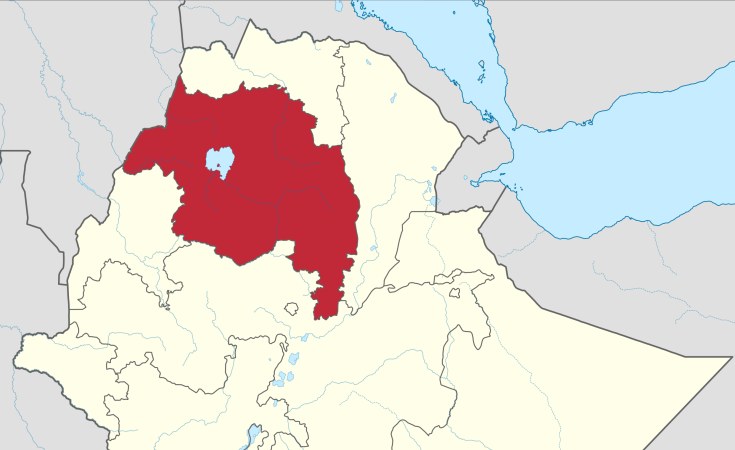 Addis Abeba — The Amhara Regional Communication Bureau released a press briefing on current affairs mainly focusing on TPLF and the ongoing conflict in the Amhara region.

Gizachew Muluneh the head of Amhara regional communication bureau briefed local reporters that the regional government was currently engaged in fighting with forces loyal to Tigray Liberation Front (TPLF) who he described as aggressors.

In the briefing Gizachew accused TPLF for collaborating with what he described as internal enemies like the Oromo Liberation Army (Often referred by government officials as OLF/ Shane), Benishangul Liberation Front and 'external enemies' to wreak havoc in the Amhara region.

Gizachew argued that TPLF and its allies were killing, displacing, and looting for so long. He said, "They have made pseudo marriage/alliance and are invading us," he said. He explained that the invasion was not limited to Amhara and Afar. He accused TPLF and its allies for invading and creating mayhem in Benishangul, Oromia , and around Sudan border areas.

Gizachew detailed that there were engagements against TPLF at a strategic place called Gas Gibna in Wag Hemra zone as well as unnamed insurgents attempting to invade Abergele woreda at the same time. He explained that there were military engagements in the Maytebri, Adirkay, and Zarima areas of the North Gondar zone.

In the briefing, Gizachew again accused the TPLF of organizing to wipe out Amhara people and destroy the entire Ethiopia. He argued that the main target must be TPLF which, according to him, is the mastermind that plans the strategies in creating such turmoil and havoc. "Controlling and dismantling the TPLF is tantamount to winning the battle and we can handle the other forces easily," he underscored.

He underlined, "We will not have rest only because we will fight off TPLF from some invaded areas. The only time we will have rest is when we can destroy TPLF once for all. Our main focus must be destroying and abolishing TPLF ," he stated.

The bureau head explained that in the past two days, the defense force, the Special Forces, militias, organized youth, and the community brought significant victories. He said, "Our major objective is to encircle this force and destroy it at every battle fronts that it opens fighting against us. We encountered minor casualties while our enemy almost died. Many TPLF armed forces left the areas they controlled and are retreating back but we will encircle and ambush them in Amhara soil."

" I really want to underline that our victory won't be evaluated just to control some areas. We will fight until we destroy the TPLF which has been working so hard to wipe the people of Amhara and Ethiopia," Gizachew underscored his ideas.

He accused TPLF leaders saying, "TPLF leaders were preaching to the Tigray children and youth about the lack of food in Tigray for which they gave them an option to invade the Amhara region and kill and loot the people in Amhara region. They are forcing the Tigray people to rise up against the Amhara people and change the situation into civil war."

Gizachew addressed the atrocities he said the TPLF had committed in the areas it invaded. "TPLF has been killing civilians in all areas it invaded, displaced more than three hundred thousand people."

He argued that the TPLF dispersed and became many small groups which would demand prolonged war to destroy. He said, "We should not give time to TPLF to reunite itself and fight against us. We must annihilate it at this critical time and wage our freedom."

"Some incidents detected that TPLF insurgents were not confined at those battlefronts. Some were caught while attempting to enter Bahir Dar city and other towns too. The insurgents pretended to be civilians and were underway to kill, loot and rob for which stringent action should be taken. There are some messengers who have lived with us for long but are working for TPLF in providing information now. We will distinguish who they are by collecting necessary evidence and we will take actions against them too," Gizachew explained.

The bureau head warned what he called "propagandists" to stop themselves from amplifying unfounded news and creating havoc in the community. "We won't be destabilized with such information nor be proud of some war victories we won. We have to come together to destroy the TPLF and be remembered as heroes in history," he said in the briefing.

Gizachew described,"We are currently in a crisis and we will follow the communication flow channel directed from central command in which everybody from top regional leaders to the bottom kebele officials should understand the flow of command. The Amhara regional government established an official Media and Communication group that will disseminate appropriate information to the public. We will coordinate with the federal government and the defense force to let this group cover the war at various battle fronts with care and address the domestic and international community. Unauthorized media personnel aren't allowed to attend any press release."

He accused some social media users for their 'irresponsible actions' in regard to disseminating information related to the military operation on social media. He called those individuals who are engaged in such activities to stop their actions. He explained that designated expertise in military science will provide tangible and credible information when necessary.

The communication director explained that the youth were mobilized in many towns and cities of Amhara region and underscored that the mobilization should be organized in proper structure. He detailed that the community, Diasporas, and public servant employees were providing necessary logistics including food and money. "We have not encountered any logistic shortages so far. In fact, there are challenges in transporting them to their destination. We understand that our heroes are confronting those challenges for which we give them recognition ," he said. It is important to remember that the federal government announced a unilateral ceasefire declaration on June 28, for which Prime Minister Abiy Ahmed addressed the House of People's Representative (HoPR) on the 4th special meeting stating the decision of withdrawing the military from Tigray was pre planned and properly arranged. But not long after the announcement inflammatory statements by both the Amhara regional government and TPLF led to mobilization by both sides on the border between Amhara and Tigray regions. AS