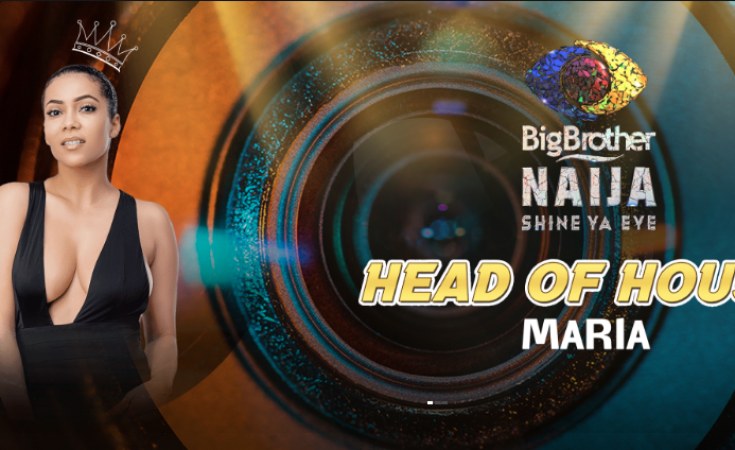 There are no Nominations this week but only Maria knows that.

There will be no Nominations this week, but there is a twist though and Maria is on a mission to make sure this twist sticks. She has got a Task on her hands and if she successfully handles this well, there is a reward in store for her.

This Task requires that Maria convince her fellow Housemates that their fate in the House lies in her hands. During her Diary Room session where she thought she was going to Nominate Housemates for Eviction, Biggie told her that there will not be any Nominations, but he would like her to keep this secret from her fellow Housemates. She is not to disclose this to anyone including her Deputy. Instead, she is to convince the House that Big Brother has scrapped today's Nominations and has given her the absolute power to Evict two Housemates on Sunday. He went further to tell her that she had to convince them that the Housemates who least impress her will be Evicted.

To make it even more valid, she was asked to tell them that she will develop a grading system to score them. A writing pad and pen was provided in order to help her sell this story and it was to be used only for the intended purpose. She has the freedom to build on this ruse as she desires. However, she must not turn them to slaves. It is paramount that the house believes this lie as success will bring her a great reward, while failure will come with consequences.

Maria walked back to the lounge in tears as she broke the news to the rest of the Housemates that she had to put up two of them for Eviction. Moved by her tears, the Housemates huddled around her comforting her as she explained how daunting the Task was. Her tears were quite believable as Housemates were overheard talking about how much pressure she was under.

Already the Housemates are already adjusting to this news. Some have announced that they will start packing their bags as they don't know what their fate will be this Sunday. Peace, Michael and Jackie B also had a conversation about it but they seem to think there is a likelihood of a fake Eviction or another Twist come Sunday.

Maria is not new to selling lies to the Housemates. She successfully threw them off her scent while they were on the hunt for the Wildcard and judging by how she has started this Task, she might be on course for another victorious mission. There is still time though and a few Housemates have put their thinking cap on and started snooping around. Will this mean the return of Detective Peace? Unfortunately, her fellow Detective, Arin has been Evicted, so it's all on her to figure out this ruse. Perhaps she will get help from Michael who has also raised concerns. Time will tell.

First Set of Millionaires Emerge in BBNaija Shine Ya Eye