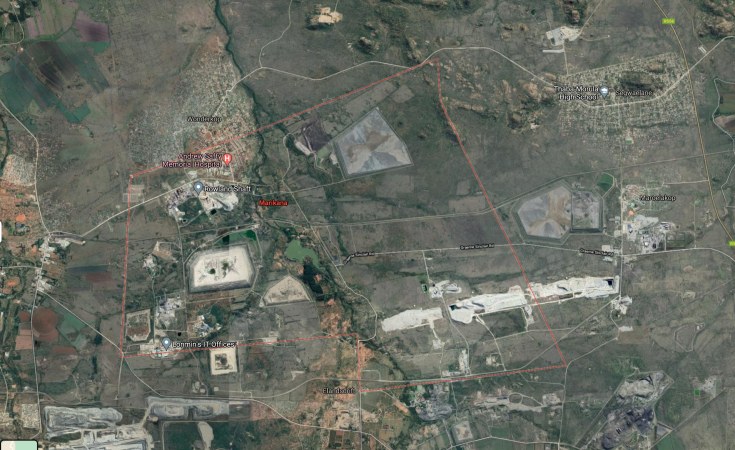 Since August 2018, government has paid out at least R170 million in damages to families of those who lost loved ones and those who were injured during the 2012 Marikana tragedy.

This is according to Solicitor General Fhedzisani Pandelani who provided an update on the Marikana reparations that government is undertaking.

Pandelani says government has been negotiating with and compensating families through five legal representatives for claims for loss of support, emotional shock and suffering, unlawful arrests and detentions and personal injuries.

At least R72 million was paid over to families through the Wits Law Clinic and the Socio Economic Rights Institute of South Africa (SERI) for loss of support.

"The matter that we settled with Wits was the R3 995 121 and as I have already indicated, we don't have any outstanding matters that are being handled by the Wits Law Clinic. In relation to matters that SERI dealt with... the quantum of the amount that has been paid to date is R69 083 005," Pandelani said on Wednesday.

The Solicitor General added that as well as these payments, government offered to pay further general and constitutional damages to the families amounting to at least R18 million overall, which SERI rejected.

"General and constitutional damages is not something that is easy to quantify but we needed to be reasonable under the circumstances and to the extent necessary, we believe as the state that we needed to approach this matter with some degree of humanity.

"Without prejudice, we then said we are prepared as government to pay all the claimants that were represented by the claimants by the Socio Economic Rights Institute, an additional R500 000 (each)," he said.

The claims for general and constitutional damages is now expected to go before court.

Pandelani revealed that government's biggest settlement amounts to more than R97 million for 253 claimants represented by Nkome Attorneys for unlawful arrests and detentions and personal injuries as well as malicious prosecution.

He added however, that 22 other claims by Nkome Attorneys are still outstanding.

"We are in fact in negotiations in relation to the 11 claimants that remain to constitute the number 275 and in relation to the other 11, there are other outstanding issues that have not been resolved between us but we are willing to engage with them," he said.

Some of those who suffered injuries during the tragedy, represented by Maluleke Msimang Attorneys, have been offered a settlement.

"We are negotiating with the colleagues because we believe that if we were to wait for the outcome of court processes that may be another lengthy period. So we are invoking a combination of both alternative dispute resolution so that we can bring these matters to settle as soon as possible," he said.

At least 27 others - represented by Tlhatlha Attorneys - who were injured or assaulted during the tragedy have also submitted claims and government is currently negotiating with them for a settlement.

"We wait ready to engage all the representatives of the claimants that have lodged claims against us. Those that passed away, all of them, we have in fact settled those matters.

"Those that are still alive we are requesting that we need to be ramping us issues of settlement. All these matters are centralised in one office. A directive has been issued to the head office of the State Attorney in Pretoria to make sure that these matters are finalised as soon as possible," he said.

Pandelani has urged those families that may require further information regarding their claims to approach the office of the State Attorney in Pretoria.

"[If] any of the claimants, even those that we might have paid, is now alluding to the fact that they are not being taken care of or they have not received anything it might actually be proper for them to approach the office of the state attorney in Pretoria to verify the facts," he said.

Marikana - 'A Wound That Will Never Fully Heal'