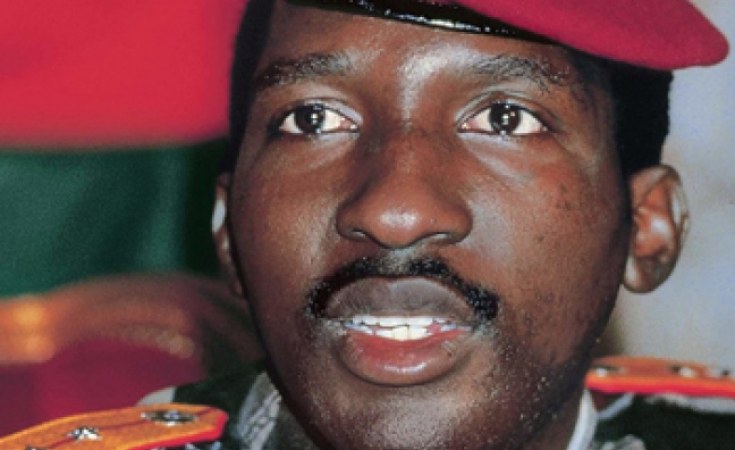 The long-awaited trial for the murder of Thomas Sankara - assassinated in a coup d'etat which brought exiled former president Blaise Compaore to power - has been set for 11 October, military prosecutors have announced.

Compaore and 13 others have been charged by a military tribunal over the death of Sankara - a charismatic revolutionary figure whom some referred to as the African Che Guevara.

Tuesday's announcement came in a statement from prosecutors at the military tribunal in capital Ouagadougou.

The proceedings, which will be held in public, will begin at 9:00 am local time.It has taken 34 years for the case to finally come to court. Guy Hervé Kam, one of the lawyers representing families of victims, told RFI it was a victory and "a time for truth" for the families.

"It's been a long wait to establish in a clear, precise and public way, who was individually or collectively responsible for the events which led to the tragedy on 15 October 1987," he said.

The case file finally arrived on the desk of the city's military prosecutors in April.

Compaore and 12 others face charges of harming state security, complicity in murder and complicity in the concealment of corpses.

Among those accused alongside Compaore is General Gilbert Diendere, Compaore's former right-hand man and a former head of the elite Presidential Security Regiment (RSP) at the time of the coup.

Diendere is already serving a 20-year sentence in Burkina Faso for masterminding a plot in 2015 against the West African country's transitional government.

He is believed to have headed the unit that killed Sankara.

Several other members of the presidential guard at that time will also join them in the dock.

But 34 years after the events in question some of those originally accused have already died, according to lawyers for the plaintiffs in the case.

I want people to remember me as someone whose life has been helpful to humanity.

Compaore was himself ousted in 2014 by a popular uprising after 27 years in power.

He has always denied ordering Sankara's murder. But even mentioning Sankara's name was taboo in Burkina Faso under his rule.

However, the case was reopened in 2015 with the installation of a transitional government and in March 2016 a warrant was issued for Compaore's arrest.

Now 70, Compaore currently lives in Cote d'Ivoire, where he fled after being ousted and where he has since taken citizenship.

Unless he chooses to present himself for trial, he will be judged in absentia.

Previous Story
Thomas Sankara Trial - 'We Hope the Truth Sees the Light of Day'
Next Story
Now There's a Chance of Justice for Thomas Sankara, It's Useful to Review What Got Him Killed

Now There's a Chance of Justice for Thomas Sankara, It's Useful to Review What Got Him Killed