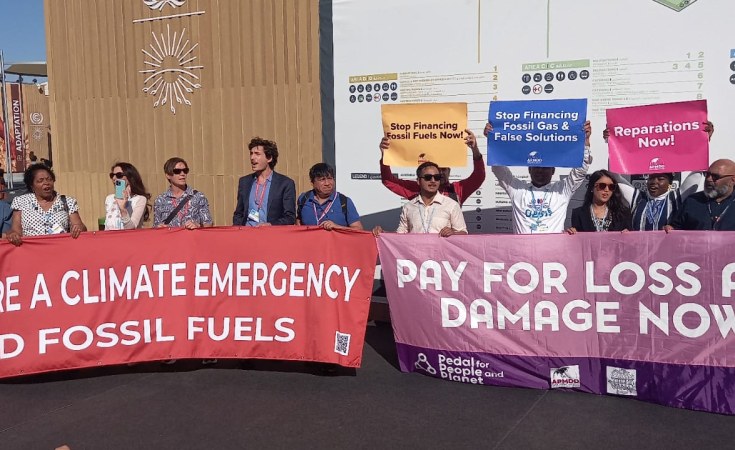 Melody Chironda/allAfrica.com
Activists at COP27 protesting against the continued use and development of fossil fuels.
Daily Maverick (Johannesburg)
analysis By Chris Yelland

The promises of new coal-fired power generation capacity in South Africa (post-Medupi and Kusile), and in particular, the promise of 'clean coal' technologies, has long been in the country's planning pipeline but has perhaps been short of a reality check as to the actual potential for delivery.

In 2014, as part of this plan, the IPP Office of the then Department of Energy commenced a procurement process for 2,500 MW of coal-fired electricity from independent power producers (IPPs) in the first rounds of the so-called Coal Baseload IPP Procurement Programme.

Two preferred consortiums were finally announced in 2016 as the outcome of the first bid window - one being the Thabametsi project in the coal-rich Waterberg area of Limpopo province, and the other the Khanyisa project near eMalahleni in Mpumalanga province.

The Thabametsi coal-fired power station was to be sited outside the town of Lephalale,...