West Africa: The Sahel - and Afghanistan? 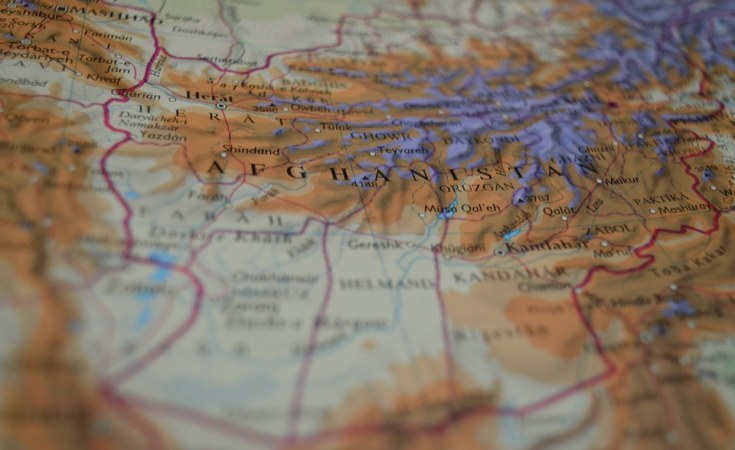 Nouakchott — A surprise or a signal of our times? Beyond the enormous dissimilarities - geographical, historical and military - separating the two regions, American withdrawal from Afghanistan in the face of the Taliban success, is as closely followed in the Sahel as in countries more directly concerned. The various armed groups, linked or not to AQIM, or Al Qaeda in the Maghreb, cannot contain their exaltations there. Their morale is at the zenith and the certainty that, that of their enemies is at the bottom, invigorates them even more.

The demoralization and, at best, the doubt within official circles, civil and military, is obvious. With the hasty and chaotic withdrawal of US troops from Afghanistan, new momentum is emerging to benefit armed groups at the worst time for the Sahel and the entire region. As if the rebellions' victory were already acted before its realization on the ground. Preparing to manage this heavy trend should offer a better approach to ensure to the governments and their external allies a better successful approach.

Lamenting is not an option.

Ongoing for many years, the terrorist swell in Africa - from Somalia to the Sahel and from Mozambique to Mali, via the Libyan borders - is now reinvigorated everywhere. Including in countries where its political allies, already infiltrated in the systems, participate, placidly, in the national political game.

The Sahel is certainly not Afghanistan, a land of determined fighters. As it is recalled by the great failures of the British « Great Game » of the 19th century and the Soviet Russia intervention in the 1980s / 90s, today, the disorganized and hasty withdrawal of the American troops present on the ground since twenty years, is only a confirmation.

In this completely upset international context, the priority of the Sahel and undoubtedly also that of its allies - concerned and not only by a humanitarian disaster and its consequences in particular migratory ones - should no longer be to lament. Or to blame each other. It should be more strategic to better manage the multitude of armed conflicts before they become, more than in the past, centers of attraction and training for new combatants boosted by the Talibans'. An area of strong and frequent murderous violence, the Liptako Gourma, also known as the "the three borders triangle", is not the only area concerned. All the Sahel, parts of the Maghreb as well as the periphery of the Gulf of Guinea are equally important. The same is also true of the region around Lake Chad, affected for more than ten years by deadly instability due to Boko Haram attacks. And in this context, where will go the not governed for decades, rich and vast Libya?

The much publicized Taliban victory in Kabul constitutes a powerful stimulus in particular for the Sahelian Islamists. Wanting to be like these victorious Taliban, or the enduring Shebabs of Somalia, the radicals of the Sahel do not want, or do not know, how to negotiate. They are aiming for total victory as predicted by their leaders and as the news in Kabul demonstrates it to them.

Today's security context is a real dilemma for Sahelian governments. Without swift and decisive military success, or a new credible deterrent, the risk of freezing current positions and developing the possibilities of anarchy in countries is real. « Soft or hard », open or de facto, the discussion with armed groups is not an objective in itself. That should aim at stopping the expansion and entrenchment of terrorist violence in the region. To avoid making new victims, or new heroes, would be a gain for everyone. The overall aim is not to freeze positions by perpetuating the conflict with the risk of creating conditions of anarchy that are much more destructive and more difficult to resolve. Combating pervasive corruption and supporting women and minorities rights should strengthen the basis of stable societies.

Achieving these objectives requires a recovery for the reconstruction of relations between all national parties in order to consolidate and comfort those who do not want armed violence. In fact, obtaining a gain for all, calls for differentiating and separating the questions related to the problems posed by the parties from those related to the rebellions leaders

In fine, the sign of the times would be, with the tragic events of these days, to consolidate approaches capable of avoiding in the Sahel the tragedy of endless wars and their cohorts of deaths, destruction or loss of standing. Like those in Afghanistan.

Tagged:
Copyright © 2021 Centre for Strategies and Security for the Sahel Sahara. All rights reserved. Distributed by AllAfrica Global Media (allAfrica.com). To contact the copyright holder directly for corrections — or for permission to republish or make other authorized use of this material, click here.