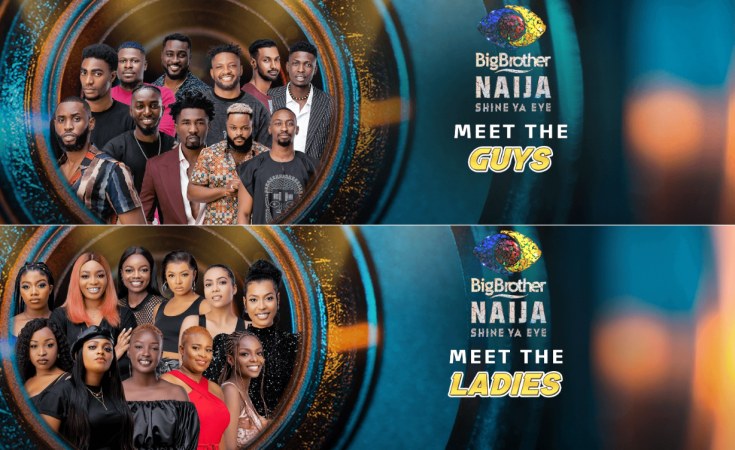 The managers of one of the housemates in BBNaija 6, Pere Egbi, have debunked the allegation levelled against Pere that the housemate's faceoff with fellow housemate, Whitemoney, was bullying the latter.

Pere's handlers on Tuesday reacted to the feud and stated that what transpired was Pere's game plan and it was not to belittle his fellow housemate and asked for viewers to understand his personality as he exudes confidence and audacity which can be misrepresented.

Recall that Pere, who was the immediate past Head of House, on Monday night had a confrontation with Whitemoney whom he had been nursing a silent feud with.

Trouble started when he went up to WhiteMoney to ask him about something in an aggressive manner, while fiddling with his belt as if he wanted to remove it.

But reacting, WhiteMoney stood up to Pere and asked him to stop the nonsense as he would not take such from him.

"Don't ever try that thing with me, it's because we are in the house, I would have dealt with you. I know you don't like me but don't ever do that again I'm not a small boy.

"Did you know me before from anywhere? I'm not a kid, I'm from the street I'll f*ck you up.

"Don't come to me and try to pull your belt at me. Who do you think you are?" Whitemoney had said.

Meanwhile, the current head of house, Maria later talked to Pere privately and tried to get him to apologise to WhiteMoney but he declined.

However, Pere's managers in explaining his action said they would not support bullying of any form.

"The events of the last 24 hours, have stirred up mixed reactions, with a number of people expressing their displeasures and dislikes.

"Bullying of any form, for whatever reason is unacceptable and we do not condone or support it.

"We however want to use this medium to express that while Pere's actions were somewhat uncomfortable to watch, it was in no way an act of bullying.

"He is undoubtedly the most misjudged and misrepresented character owing to the complexities and audacity of his personality. He is neither afraid to make a mistake, fail, or be misjudged. He wears an overwhelming air of confidence that can easily be misinterpreted.

"We must be careful not to swap confrontation for bullying just to play into a convenient narrative. Was the confrontation unnecessary? Yes. Was it bullying? Absolutely not.

"Much like any other sport, Big Brother is a game. Take soccer for example once a formidable player is identified, the game strategy is for the team to consolidate its strongest defence on that player and frustrate their tact by any means necessary. This in no way suggest hate or animosity.

"One of Pere's many strengths is to create situations that would provoke people to break character and reveal their other side. None of us are perfect and it is the multiplicity of emotional expressions that makes a well-rounded character, which makes for great TV. Everything Pere has done since he set foot in the house, has been his strategic interpretation of playing the game. It is not in our place to determine the superiority of his strategy.

"So, we must be open minded to understand that all 22 house mates cannot act in the same way. Let every house mate play their game, Let Pere play his own game.

"To every Patriot and everyone who has been supporting Pere so far, thank you for your unwavering support. Going against the overwhelming tide is not an easy task so, we truly appreciate your loyalty," Pere's handlers said of the incident.

Big Brother Twist - No Nominations This Week but Only Maria Knows

Previous Story
Tagged:
Copyright © 2021 Leadership. All rights reserved. Distributed by AllAfrica Global Media (allAfrica.com). To contact the copyright holder directly for corrections — or for permission to republish or make other authorized use of this material, click here.