Burkina Faso: Military Widows Get Help to Support Their Families 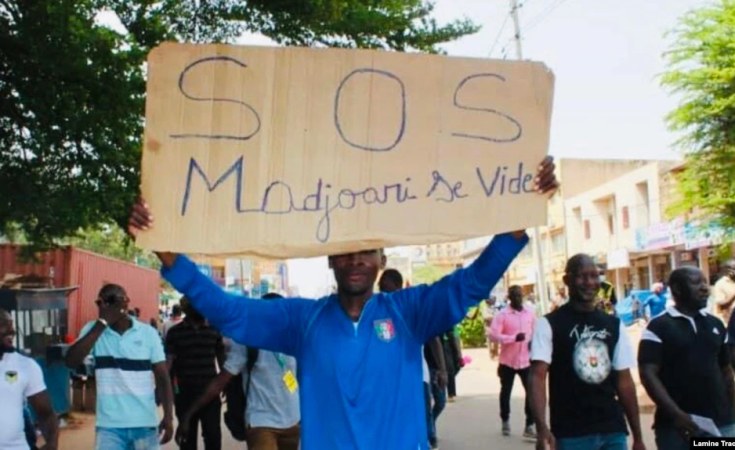 Ouagadougou — Saturday, August 21, is the International Day of Remembrance and Tribute to the Victims of Terrorism, a day that is unfortunately relevant in Burkina Faso which is engaged in fighting Islamist militants. One Burkinabe nonprofit, Go Paga, is helping widows and orphans grappling with the loss of husbands and fathers to rebuild their lives.

Some 1.3 million people have been displaced in Burkina Faso's conflict since it began in 2015, and more than 6,000 killed, according to the Armed Conflict Location and Event Data Project. Burkinabe military personnel are among the dead, killed fighting terror groups linked to Islamic State and al-Qaida.

Loretta Ilboudou is the widow of a soldier killed in that fight. She says it was on December 24, 2019. She and her family were preparing for Christmas. Her husband's uncles arrived in the morning, but she wasn't informed of his death until that evening. She said she suspected something but wasn't told anything to begin with.

Her husband died during a terrorist attack on the town of Arbinda. The couple had a daughter who was just a few months old at the time.

Her husband was a nice person, she says, a bit shy, and very serious about his work. He spent a lot of time with his family. They used to go on outings on his days off.

A nonprofit called Go Paga is helping widows like Ilboudou. Its pilot project, launched in February, provides them with support so they can make a living.

Fadima Kambou, the founder of Go Paga, says the program is about teaching the women to fish, not giving them the fish. It's about empowering themselves and their children afterward. The aim is for Burkina Faso to have a system of care that supports what the state already provides for these widows, Kambou adds.

Today, IIboudou is an intern at an insurance company. She hopes to be fully employed so she can support her daughter.

Beginning in September, Go Paga plans to roll out its program to support all military widows in the country.