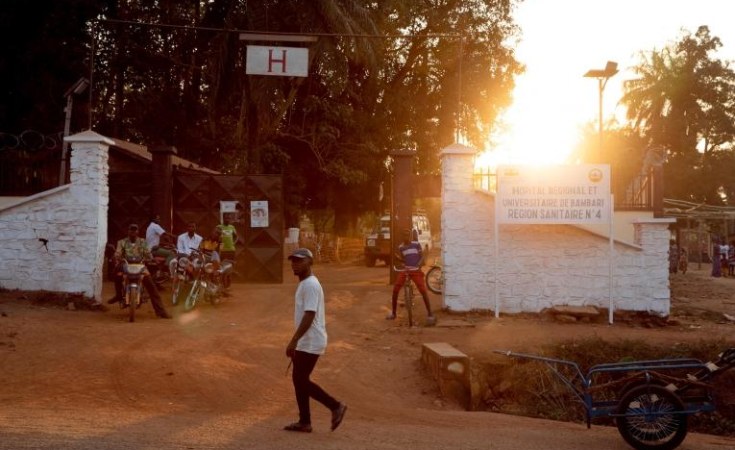 The French wine giant Castel says it will investigate claims that one of its subsidiaries paid rebels in the Central African Republic to protect its sugar operations in the country.

Made by UN corruption watchdog The Sentry, the claims concern an alleged "security arrangement" between Castel subsidiary Sucaf RCA and an armed group called the Union for Peace in Central Africa (UPC).

The Sentry, an NGO that specialices in tracking down illicit financing in conflict zones, said the agreement to provide security for a sugar refinery and cane fields dated from 2014 until March this year.

BREAKING: A new report by The Sentry reveals a subsidiary of the Castel Group, a giant French food and beverage conglomerate, has financed and provided support to a notoriously brutal militia terrorizing the Central African Republic. Explore the findings > https://t.co/Mob3UMbMMd

"Sucaf RCA set up a sophisticated and informal system for financing armed militaries through direct and indirect cash payments as well as in-kind assistance in the form vehicle maintenance and fuel supply," a report by The Sentry said.

It added that the UPC also helped to protect the company's sugar monopoly, seizing "smuggled sugar, particularly from Sudan" and "discreetly" repackaging it as Sucar RCA sugar, which was then sold to wholesalers.

Sucaf RCA is a subsidiary of an agribusiness company called SOMDIAA, which is 87 percent held by Castel, the world's fourth-biggest wine company.

SOMDIAA denied the allegations, while Castel said it would open an "immediate investigation in accordance its internal procedures".

The Sucaf RCA refinery and its 5,137-hectare plantation lie some 400 kilometres east of the capital Bangui in territory controlled by the UPC.

The alleged deal came to an end when the CAR army, backed by Russian paramilitaries, forced the UPC out of the zone in March.

The Central African Republic has been wracked by instability since a rebellion ousted former President Francois Bozize in 2013.