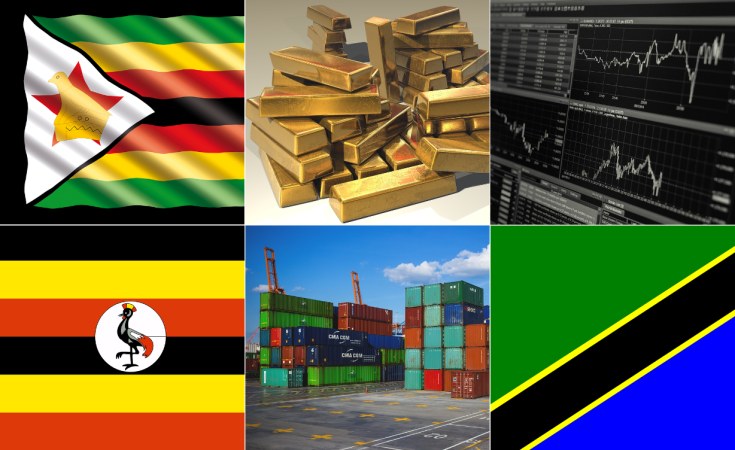 Unrefined gold imports from both Tanzania and Zimbabwe have pushed the two countries into becoming some of Uganda's largest trade partners, according to data from Bank of Uganda.

It is the first time trade between Uganda and Zimbabwe has stood out after decades of lukewarm postings, while the recent surge has elevated Tanzania as the leading source of Uganda's imports within East Africa, overtaking Kenya in more than four decades.

During June, according to data from Bank of Uganda, Zimbabwe was Uganda's leading single source of imports, beating China and India.

During the period, the report noted, imports from Zimbabwe surged to $170.8m (Shs606b), which was high than the $122m and $100m spent on goods imported from China and India, respectively.

However, the report does not provide details of what was imported during the period but Ms Charity Mugumya, the Bank of Uganda director for communications, told Daily Monitor that the surge had been a result of increased demand for unprocessed gold from Zimbabwe.

"These are imports of unprocessed gold," she said without providing more details.

According to data from the United Nations International Trade Statistics Database, in 2020, Uganda imported $203.57m worth of gold in unwrought, semi-manufactured and powder form.

Uganda has in the last five years seen tremendous growth in the country's gold sector on both the export and import side.

Data from Bank of Uganda also indicate that because of gold, import trade between Uganda and Tanzania doubled between April and June.

In June, Uganda imported goods worth $125.12m (Shs444b) from Tanzania, which indicated a 43 per cent increase from $70.07m recorded in the same month last year.

Bank of Uganda data does not indicate the amount of gold that Uganda imports from Tanzania.

However, according to Uganda Bureau of Statistics, gold, among other goods, comprises the largest share of imports from East Africa's second largest economy.

Gold has become a key export in Uganda, contributing an average of 44 per cent of the country's export receipts.

For instance, during the period under review, Uganda's gold exports stood at $165.9m. However, this was lower than $190.3m that had been exported in May.

Currently, gold is outperforming other export sectors with cumulative earnings hitting $1.7b (Shs6.3 trillion) for the period between December 2019 and November 2020.