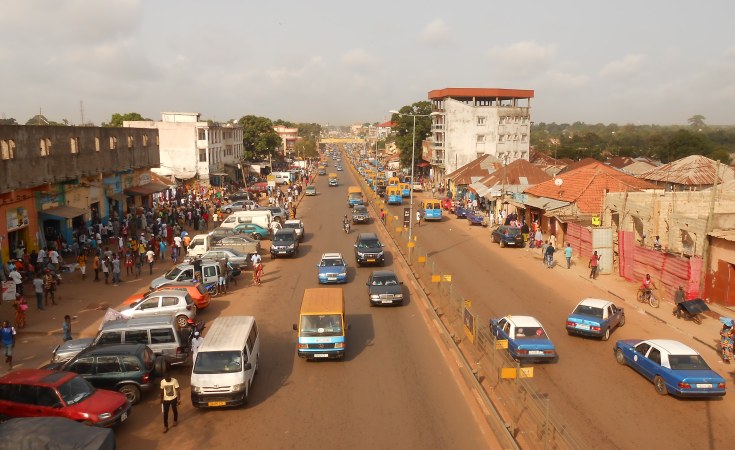 The US Department of State is offering a reward of up to $5 million for information leading to the arrest and, or conviction of Guinea Bissau's former head of Armed Forces Antonio Indjai.

In a statement on Thursday, the department of state said Mr Indjai has been the subject of a United Nations travel ban since May 2012, as a result of his participation in an April 2012 coup d'état in Guinea Bissau.

He is accused of leading a criminal organisation, which took an active part in drug trafficking in Guinea-Bissau and the region for many years, even while serving as head of the Guinea Bissau Armed Forces, the statement added.

Indjai was seen as one of the most powerful destabilising figures in Guinea-Bissau, operating freely throughout West Africa, using illegal proceeds to corrupt and destabilise other foreign governments and undermine the rule of law throughout the region, the US Department of State statement adds.

According to the January 2013 indictment, in the summer of 2012, Drug Enforcement Administration (DEA) confidential sources, representing themselves as members or associates of the Revolutionary Armed Forces of Colombia (FARC), began communicating with Indjai and his co-conspirator associates in Guinea-Bissau.

Between June and November 2012, Indjai agreed to receive and store multi ton quantities of cocaine purportedly owned by the FARC, which he understood would be sold for the benefit of the FARC.

"Indjai and other co-conspirators agreed to purchase weapons, including anti-aircraft missiles, for the FARC using drug proceeds and established a front company in Guinea-Bissau to complete the illicit weapons transactions."

"Indjai was charged in two indictments, an initial indictment, filed on December 12, 2012, and a superseding indictment filed on January 8, 2013."

The first indictment also charged Indjai and his co-conspirators for the violation of Title 18, U.S.C. Section 2339b, Conspiracy to Provide Material Support to a Foreign Terrorist Organization. The superseding indictment also charged Indjai and four of his co-conspirators with violating Title 18, U.S.C. Section 2332g, Conspiracy to Acquire and Transfer Anti-Aircraft Missiles, the statement added.

Previous Story
'Forget It' - President Tells Off U.S. After U.S.$5 Million Bounty on Ex-Army Boss
Next Story
U.S. Offers Up to U.S.5 Million Reward for Information on Guinea-Bissau Narcotics Trafficker

'Forget It' - President Tells Off U.S. After U.S.$5 Million Bounty on Ex-Army Boss

U.S. Offers Up to U.S.5 Million Reward for Information on Guinea-Bissau Narcotics Trafficker