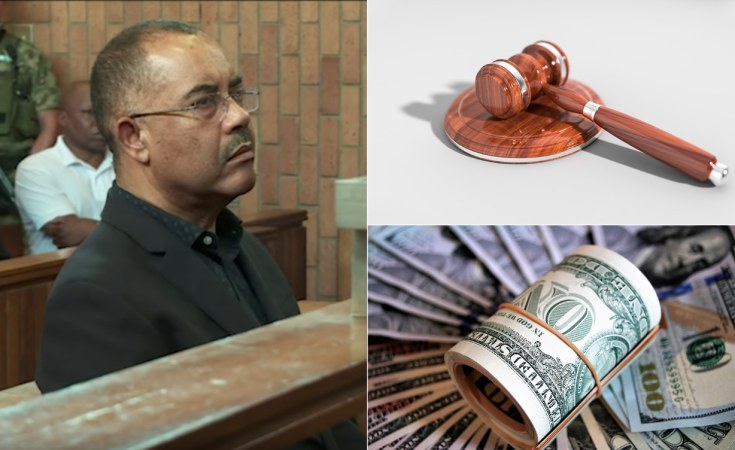 Nineteen suspects -- including the son of Mozambique's ex-president -- have gone on trial over the so-called 'tuna bonds' affair which plunged the country into its worst-ever financial crisis.

Ndambi Guebuza, the son of former President Armando Guebuza, and the 18 others face charges of blackmail, counterfeiting, embezzlement and money laundering.

The corruption scandal, revealed in 2016, led donors including the IMF to withdraw funding, provoking the economy to collapse.

Chang is currently in detention in South Africa. The justice department in Pretoria confirmed on Monday that it would extradite Chang.

The hearing, which began on Monday, is being held in a makeshift court on the premises of the high security prison of Machava, where Guebuza has been held in pre-trial custody since February 2019.

Maputo's courts were deemed too small for the dozens of lawyers, 70 witnesses and over 250 journalists accredited to attend.

Only two of the defendants were heard on Monday, with their lawyers arguing that their detention was illegal.

None of the 19 have yet commented on the charges.

The defendents are being tried for their alleged roles in the disappearance of 1.7 billion euros in government-backed loans.

The loans were contracted between 2013 and 2015 by three public enterprises -- ProIndicus, Mozambique Asset Management and Ematum -- to buy a tuna-fishing fleet and surveillance ships.

The companies borrowed from Swiss banking giant Crédit Suisse and Russian bank VTB, among others.

But the loans never materialised.

An independent audit later found that 426 million euros of the loans were diverted, and remain unaccounted for.

The government hid the loans from the country's parliament and donors such as the International Monetary Fund.

Guebuza allegedly acted as a facilitator between interested parties and his father, who was president at the time.

Mozambique's former head of security and intelligence, Gregorio Leao, is also among the accused.

Revelations of the secret loans in 2016 plunged Mozambique -- one of the world's poorest countries and which relies on donor aid -- into its worst financial crisis since independence from Portugal in 1975.

The country's currency lost a third of its value, inflation rocketed and foreign donors such as the IMF withdrew funding.

The US alleges that at least €170 million was spent on bribes and kickbacks, including €10 million pocketed by former Finance Minister Chang, who also signed off on the debt guarantees.

Chang, who has been under detention in South Africa since 2018, is set to be extradited to Mozambique despite a competing arrest warrant issued by US authorities, South Africa's justice ministry confirmed on Monday.

US-led investigations into the "hidden debt" scandal have also implicated Mozambique's current President Filipe Nyusi, who was defence minister at the time.

The hearing is expected to last 43 days.