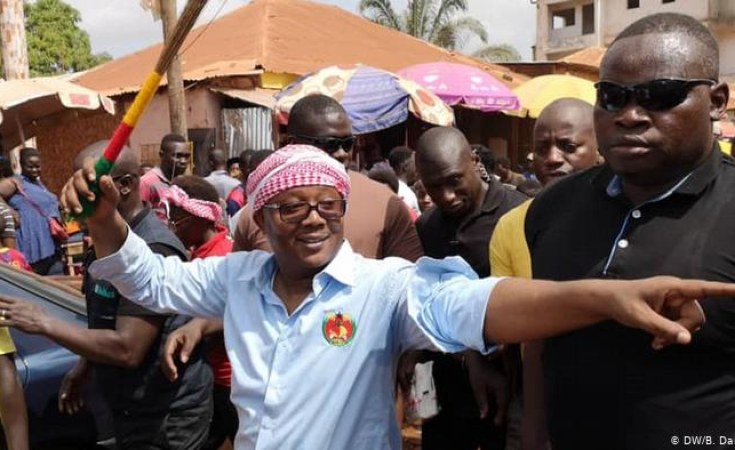 Guinea-Bissau President Umaro Sissoco Embaló said Monday that the country's former army boss will not be extradited to any country.

This comes after the US Department of State said it is offering a reward of up to $5 million for information leading to the arrest and/or conviction of former army Chief of Staff António Indjai.

In a statement issued last week, the US said Mr Indjai has been the subject of a United Nations travel ban since May 2012 as a result of his participation in the April 2012 coup in Guinea Bissau. Additionally, it says, he was indicted by a US court for his role in the global drug trafficking trade.

He is accused of leading a criminal organisation which took an active part in drug trafficking in Guinea-Bissau and the region for many years, even while serving as head of the Guinea-Bissau Armed Forces.

"Between June and November 2012, Indjai agreed to receive and store multi-ton quantities of cocaine purportedly owned by the Revolutionary Armed Forces of Colombia (FARC)...Indjai and other co-conspirators agreed to purchase weapons, including anti-aircraft missiles, for the FARC using drug proceeds and established a front company in Guinea-Bissau to complete the illicit weapons transactions."

Mr Indjai was seen as one of the most powerful yet destabilising figures in Guinea-Bissau, operating freely and with impunity throughout West Africa, the US says.

At the time, he was widely seen as the country's most powerful man.

He actively took part in the narcotics trade and used the illegal proceeds to corrupt and destabilise other foreign governments and undermine the rule of law throughout the region, the US Department of State statement asserts.

However, President has dismissed any possibility that Indjai will answer for his crimes in a US court.

"We do not ratify the Treaty of Rome, just as the US is not a signatory" Guinea-Bissau President Embaló said on Monday.

"If the US does not extradite its citizens, Guinea-Bissau will not do so either", the head of state told journalists as he travelled to Brazil for a seven-day official visit.

"Guinea-Bissau is a state like the US. They should contact us... I already left guidelines to the Ministry of Foreign Affairs to ask the US for an explanation about this case," he added, noting that if what the ex-army boss is accused of is true, then "we can judge António Indjai here in Guinea Bissau".

"No Guinean citizen will be taken out of the country to be tried abroad."